Nothing says I’m a fan of cycling more than a Free Hat. In the vernacular of today, free hats are a thing. To be fair all kinds of shit—keychains, haribo candy, cookies, magnets, biscuits, fold out frisbees, car blinds, crispy chicken packets, miniature sausages—are a thing but it’s our opinion that the Free Hat is the most iconic and coveted of the free things. 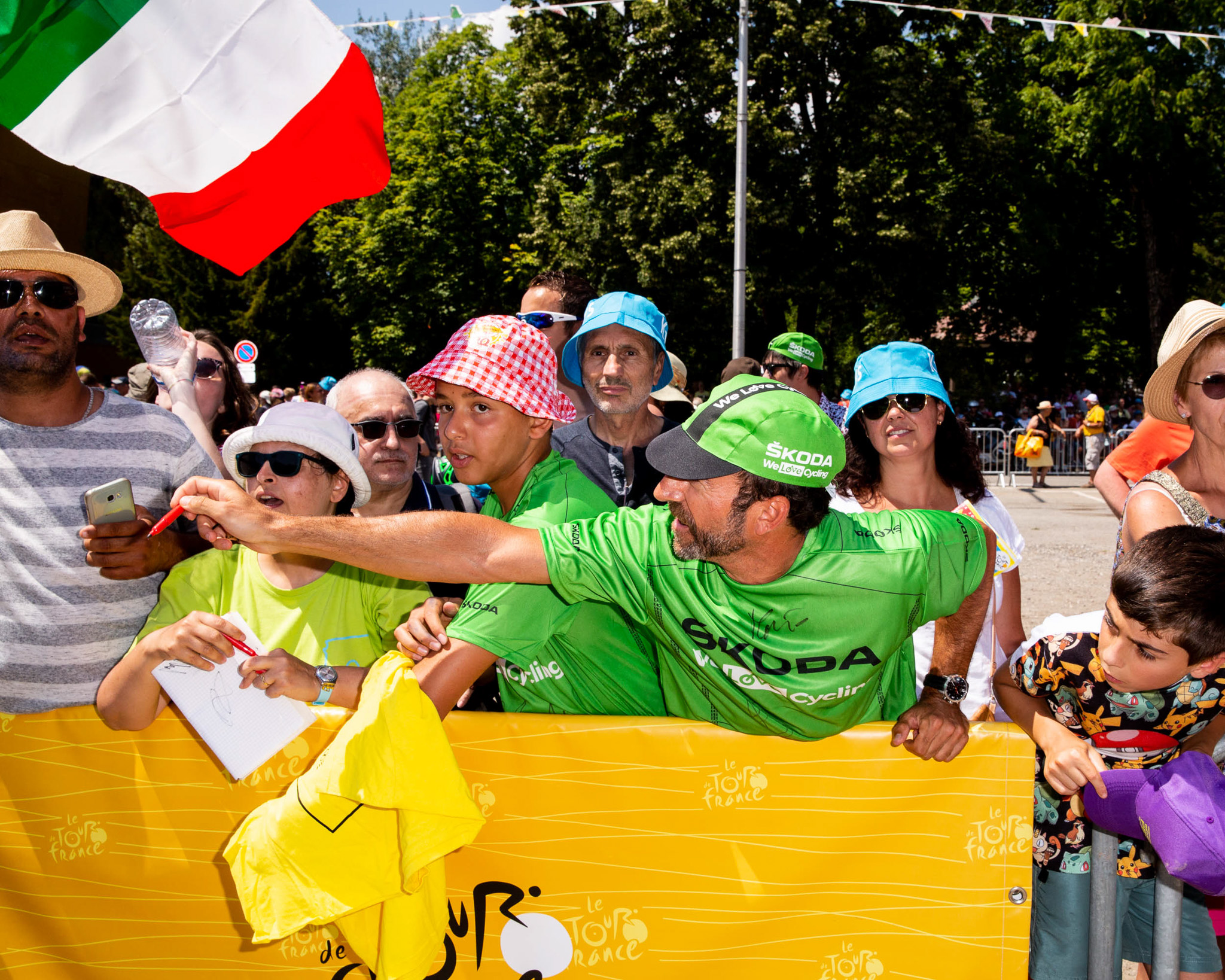 How you get your Free Hat and what you risk to get it all depends. Did you get the Free Hat off the ground behind a barricade? Was it shot from a canon and subsequently did you win it in from the center of almost violent mosh pit scrum? Was it thrown at you ‘drive-by style” from the Caravan? How many Free Hats does a TdF Fan need or want? As many as they can get! In the old days conventional wisdom would have dictated that as you only have one head you only need one hat. Fuck that. This is the Tour De France. That conventional wisdom has no place here. Here you can stack as many hats as you like. 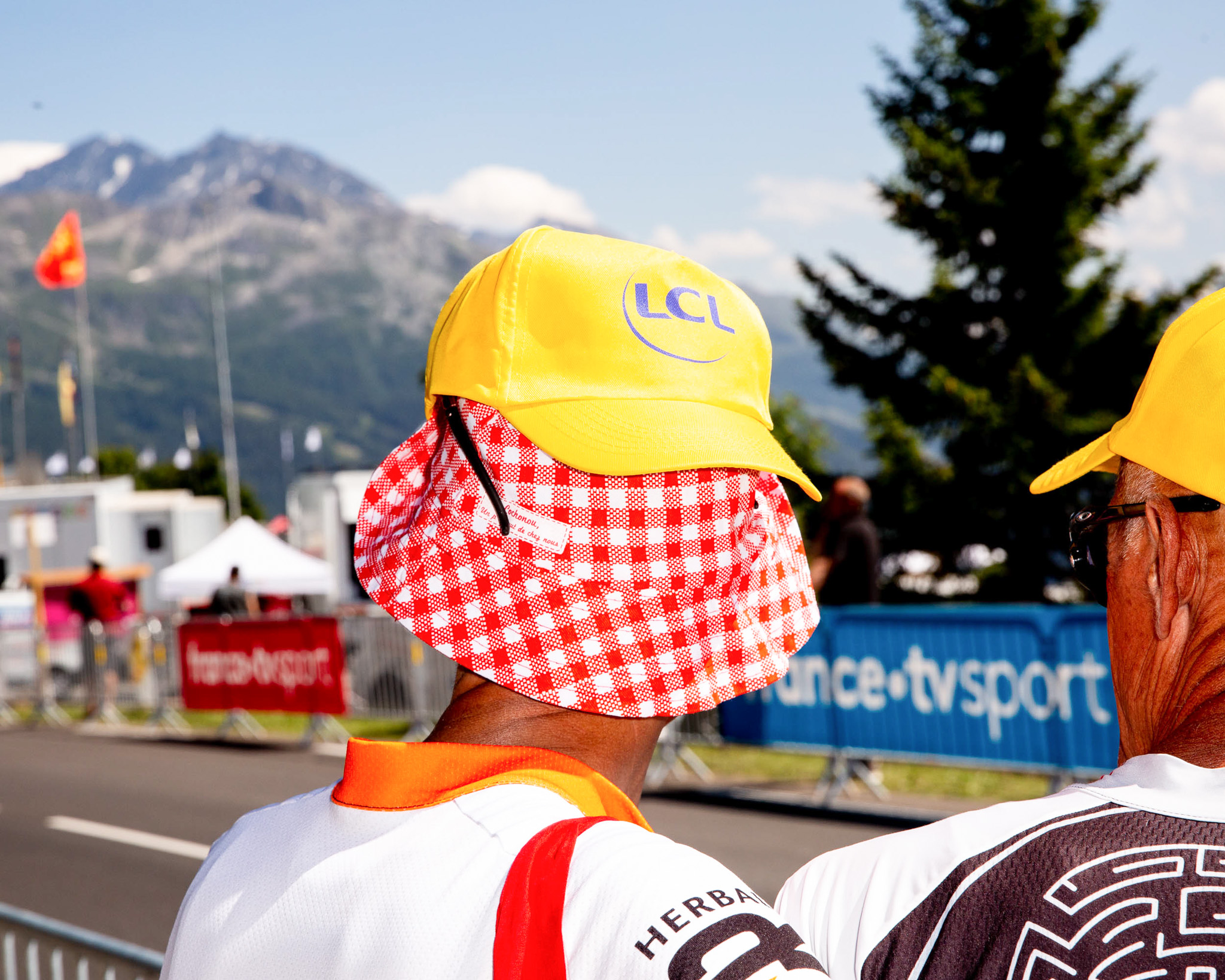 Speaking of stacking, there are essentially two main types of Free Hats.

From there let’s talk about color and style. Obviously if you can you want a polka dot hat. That’s the top Free Hat. Next, also a classic, the TdF yellow hat. Then red and white checkered aka gingham. Then green. And finally, because you’re unlucky or lazy or both maybe you end up with a sky blue hat with one of the Tour sponsor’s name written across the front, it’s fine, whatever, it counts as a Free Hat but it’s NOT a classification hat and we all know it. You know it. Everybody back home on Monday will know it.

Whatever, who cares, what matters is that you went to the Tour de France and came back with an example of the most coveted of TdF souvenirs, the Free Hat. 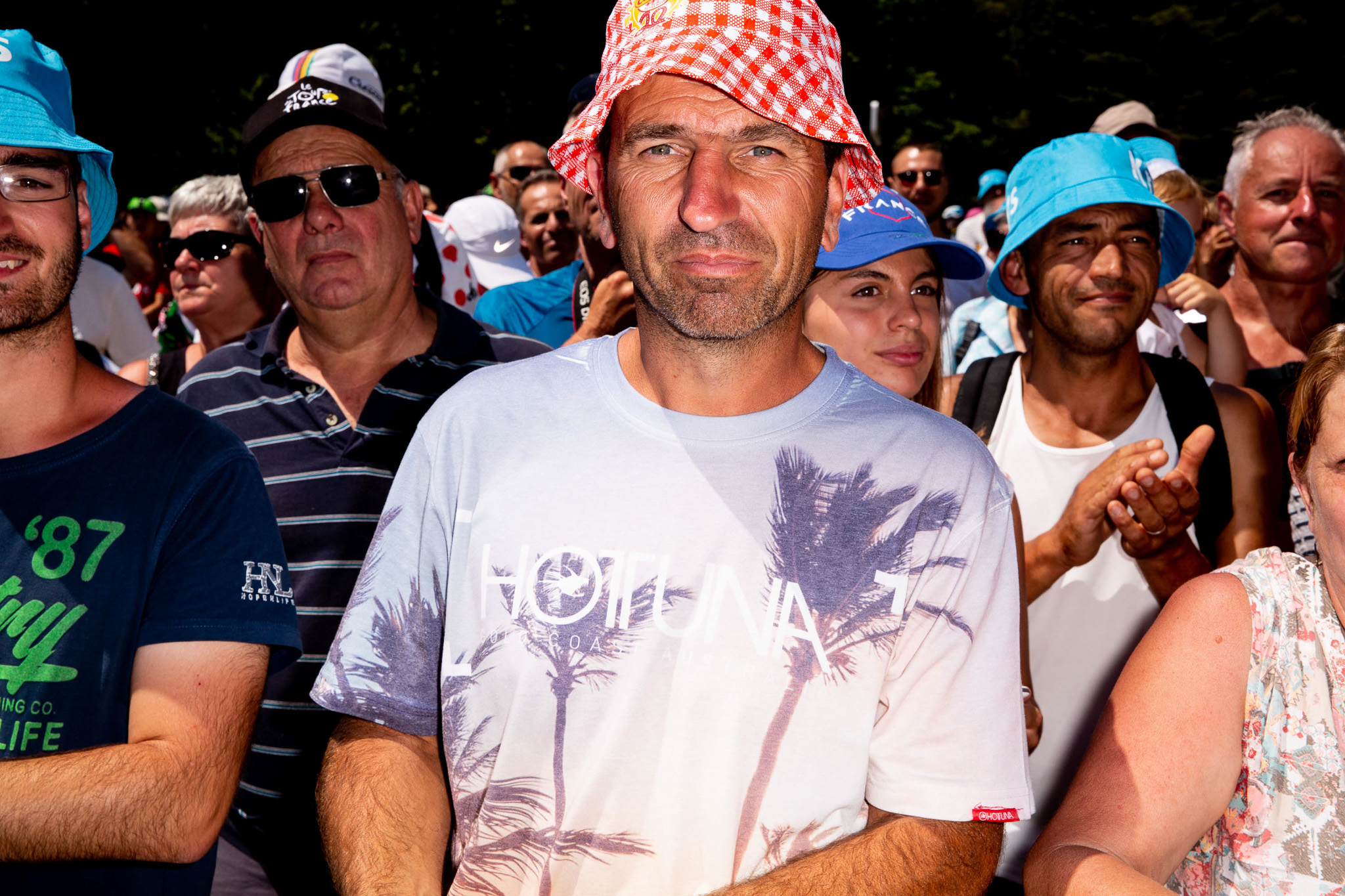 *Warning – if you’re reading this and your thinking wow, all those people are idiots or maybe they’re poor and that’s why they need free clothing. Think again.

Nobody is immune to the infectious and nearly ubiquitous sport of hunting Free Hats. First of all it’s the only thing to do for eight hours while you wait first for the caravan and finally for the actual race to come past. But also, it’s about community and shared experiences, it’s about being a fan of cycling and if you’re not a fan of cycling why are you standing on the side of the road getting sunburned and dehydrated in the first place? 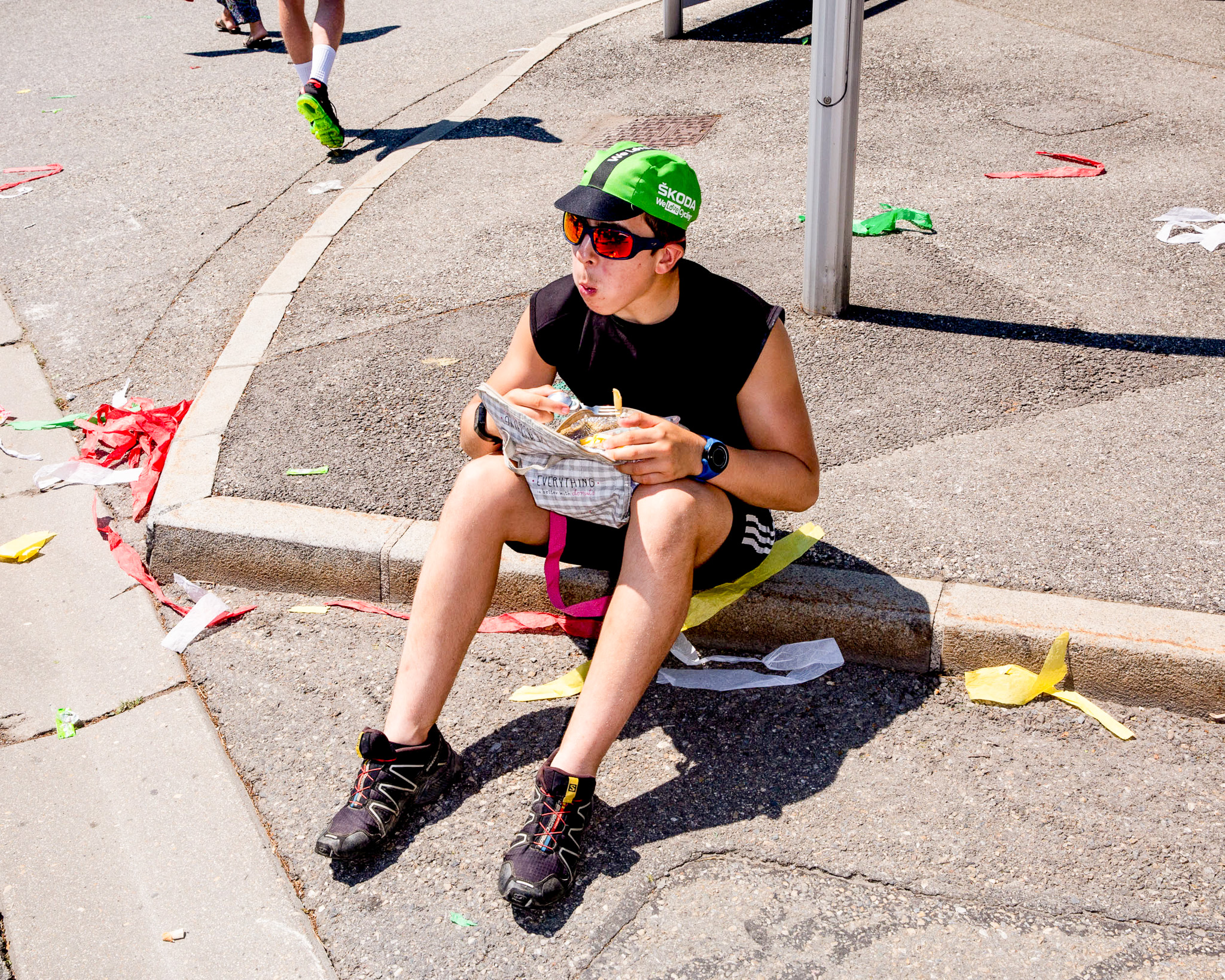 Don’t be too cool for school. Don’t think about it. This is a no brainer. Don’t make Free Hats into a brainer. It’s fun, period. You’ll see.