The Perfect Team is a new series for Soigneur. Over the coming months, we will ask cycling experts the question: Who would you select for your perfect team?

If you were a DS, which riders would you choose to have on your team? Why? The rules are simple: Choose only riders who will race this season. Each rider can fill only one role. 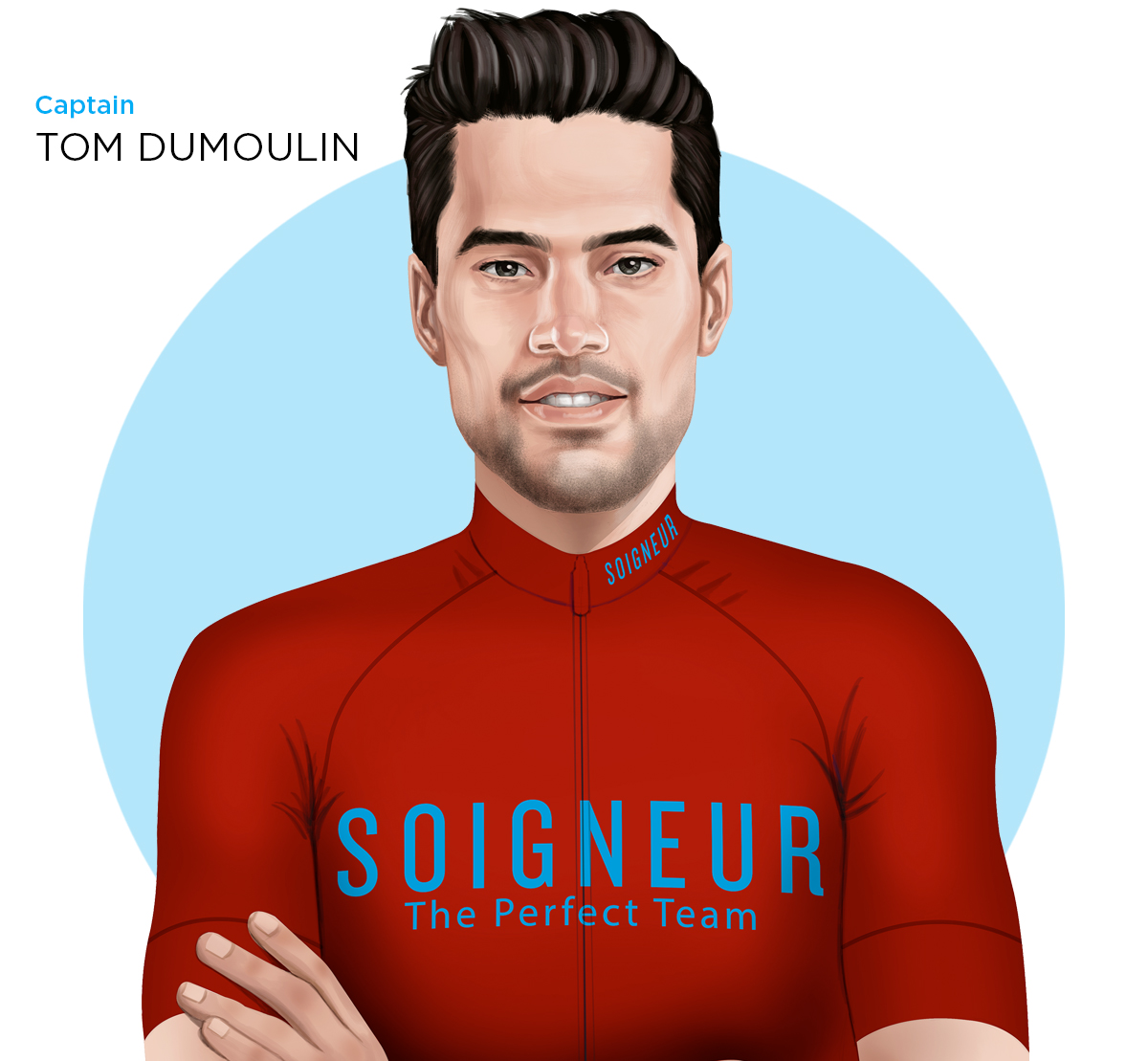 I think that Tom will win another Grand Tour, for sure. I don’t know where, and I don’t know when. But it will happen—he seems to possess all the credentials that you’d normally associate with Sky riders Wiggins, Froome and Thomas. He’s mentally solid, and seems to make good decisions (mostly). I like him. 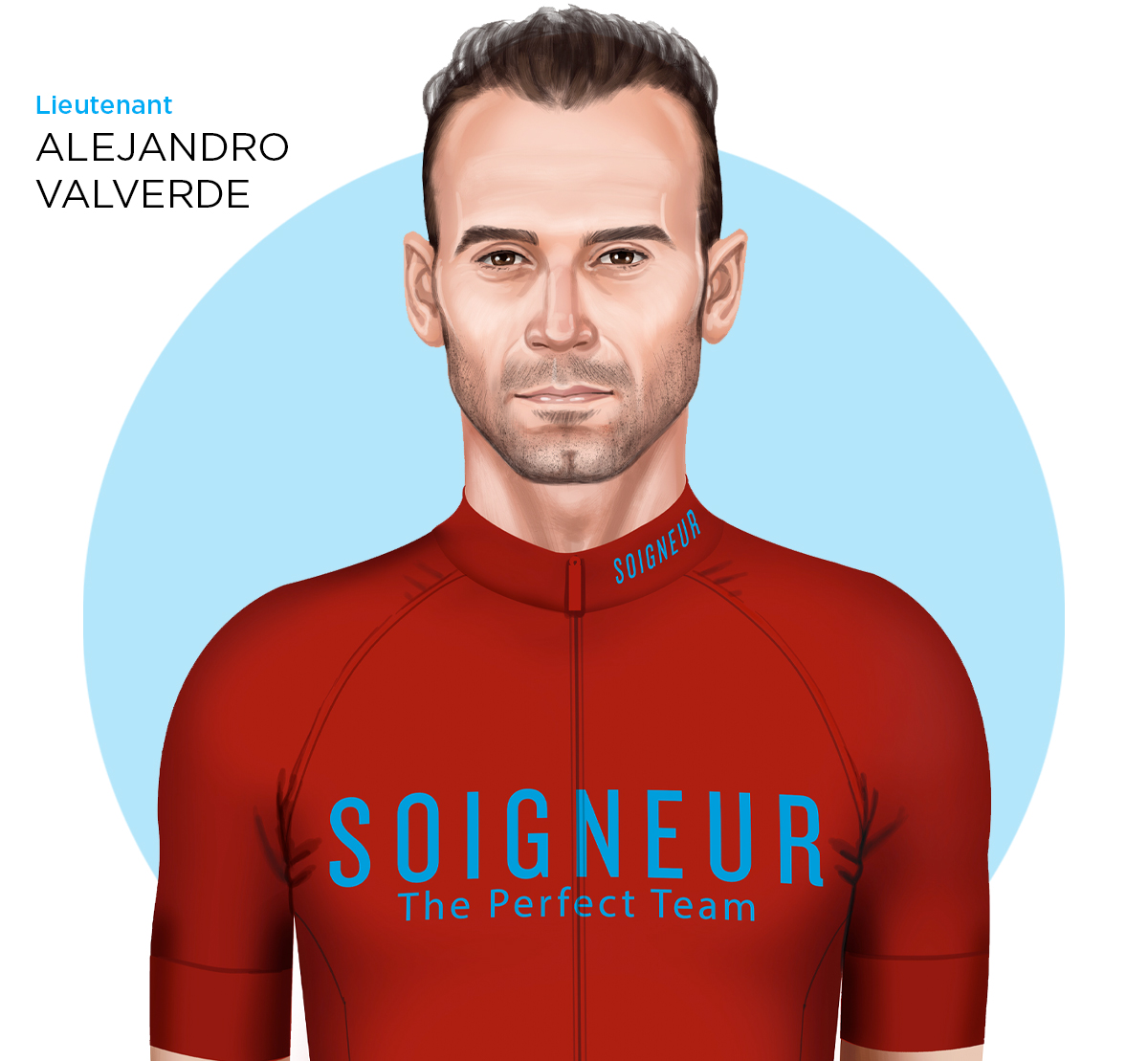 Alejandro Valverde would be the man for me. I think he’s proven himself to be an excellent teammate over recent years, and a frightening prospect for opposing teams, since you would always have to keep an eye on him. He has an aura about him that is only enhanced by the rainbow bands in 2019. 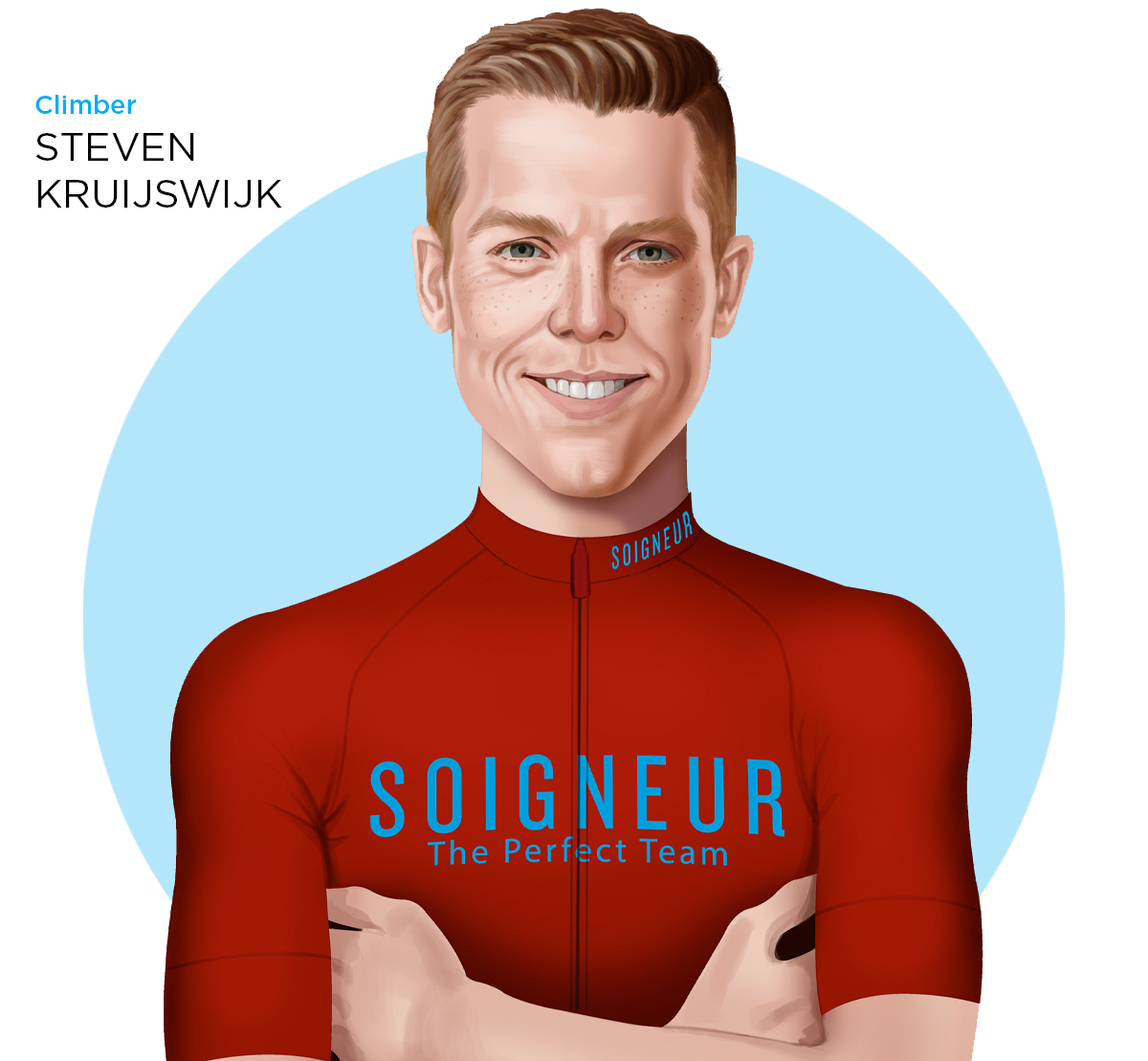 Steven Kruiswijk is my choice. He’s such an honest competitor, who appears to have got the disappointment of the 2016 Giro out of his system. He is increasingly prepared to gamble everything on the off chance it succeeds. But, if needed, he would be an excellent last man standing for Dumoulin and Valverde on the long climbs. 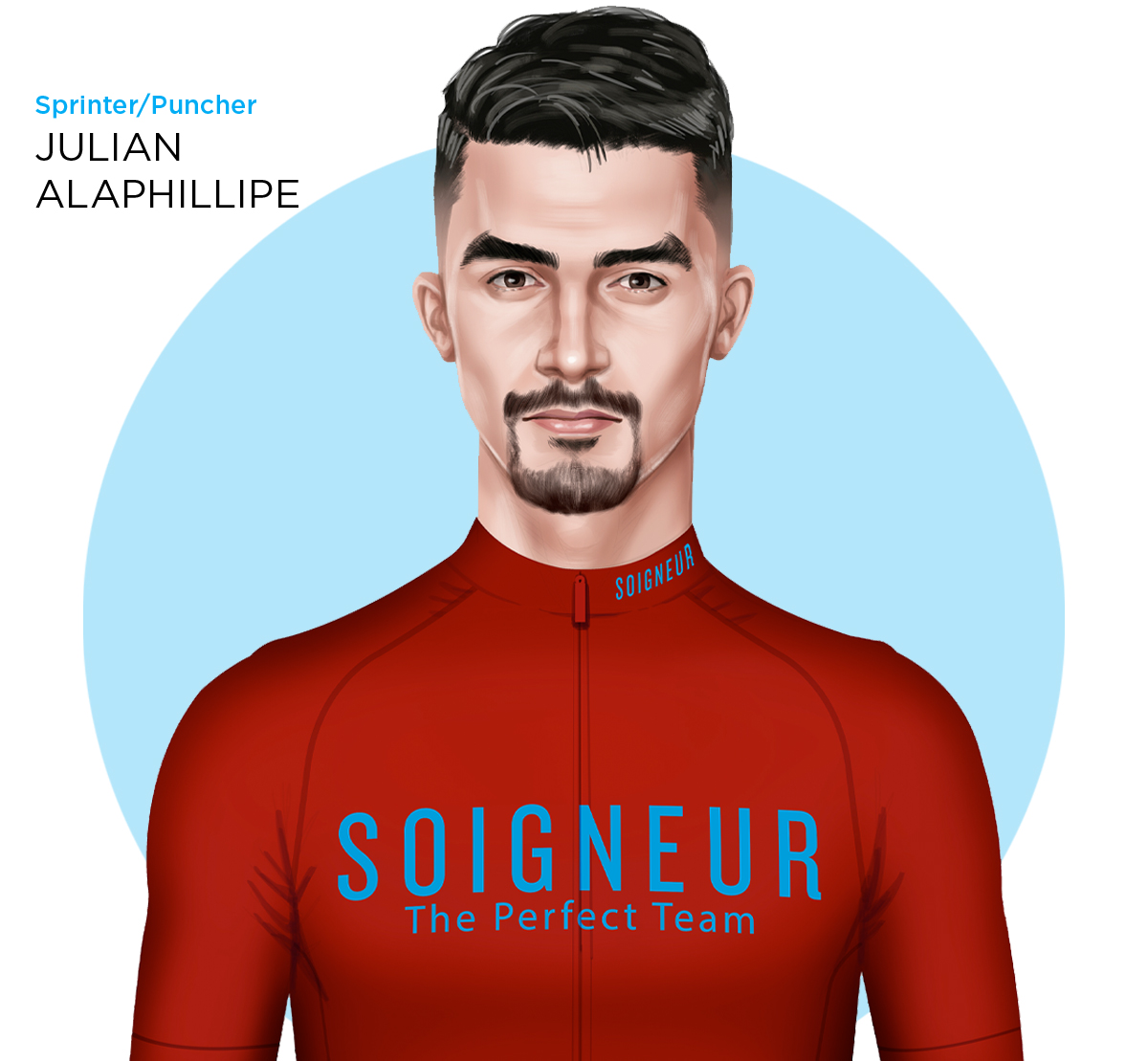 Julian Alaphillipe. Do I really need to explain why? He can win in 100 different ways. He’s a pent up ball of energy, and I suspect his teammates would empty themsleves to set him up, because they know he’d repay their faith. 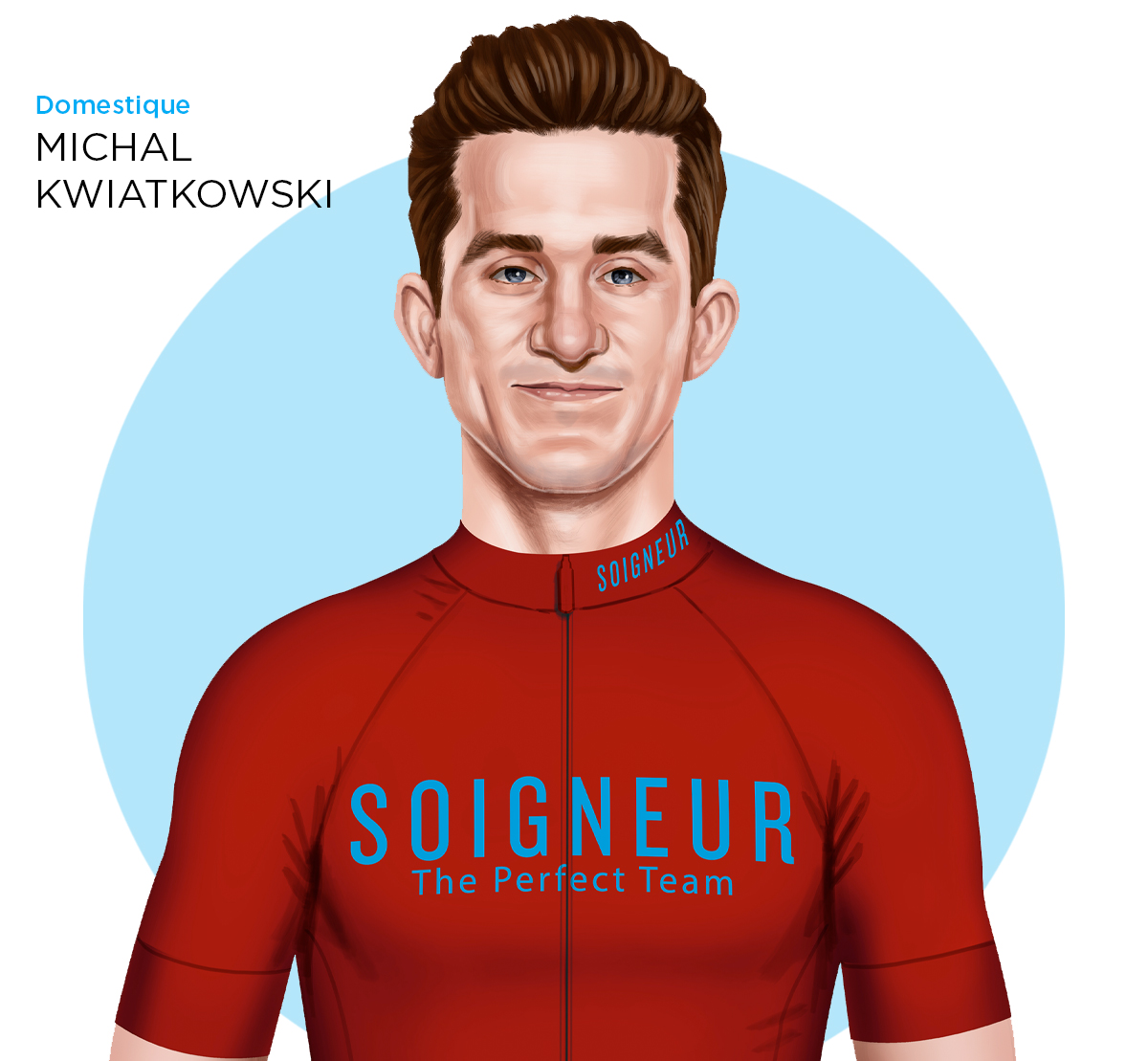 Michal Kwiatkowski is surely the most dependable all round domestique on the scene, able to go surprisingly deep in the mountain stages, and rescue key riders from dangerous situations. His loyalty, and commitment to the cause are beyond question, and he might even develop into a Grand Tour GC racer over the next few years. 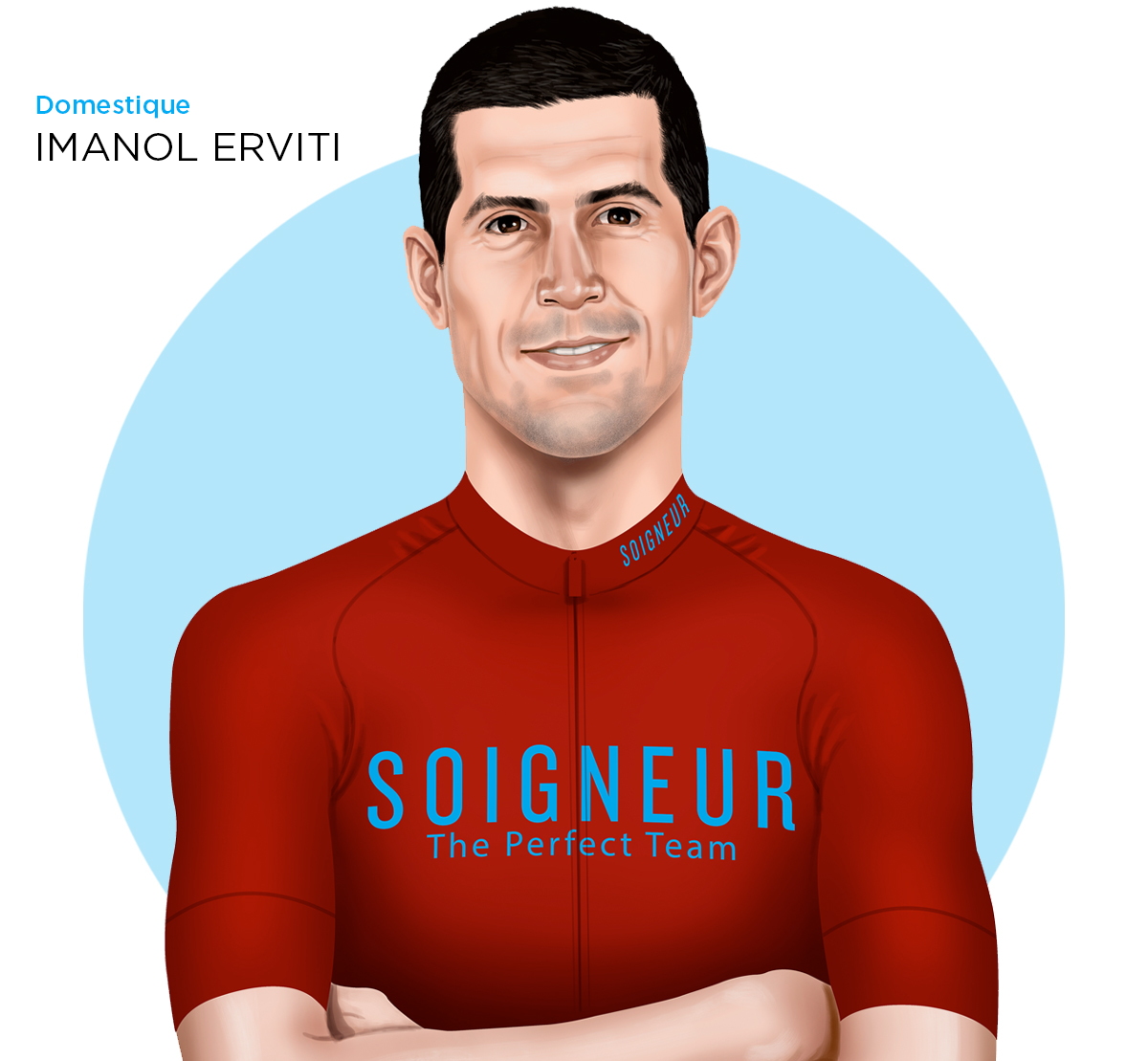 Imanol Erviti is the unsung hero of Movistar, sitting on the front for hour after hour, or getting in a breakaway and waiting for the race to come up from behind him. Every team needs an unselfish worker, and Eriviti is as strong as they come. 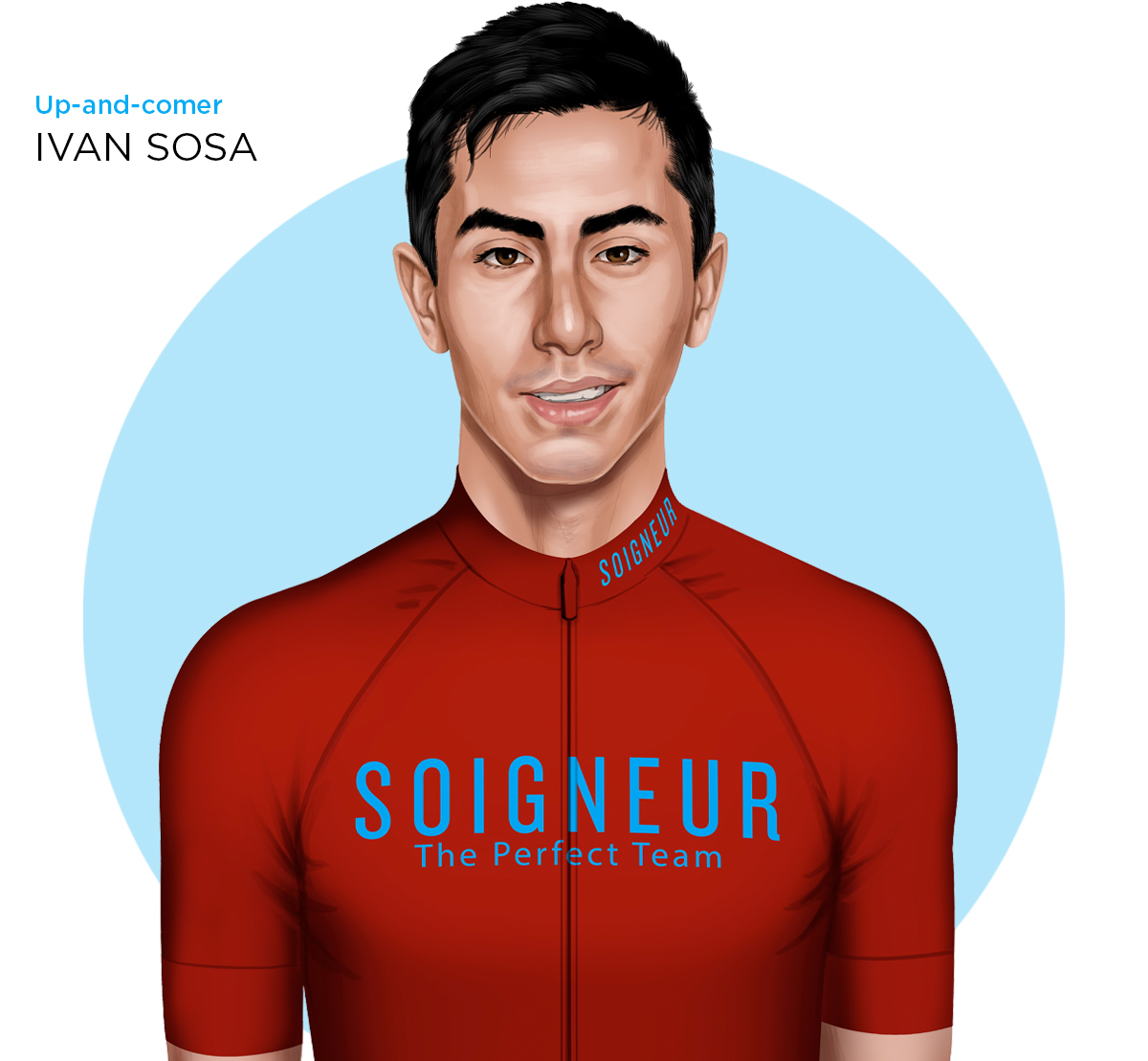 Ivan Sosa. Never ming Egan Bernal—he’s yesterday’s news! I think that Sosa has the potential to match his fellow Colombian over the next few years. Physically very similar, he’s another product of the Colombian highlands, and is ready now to make his mark on the World Tour. 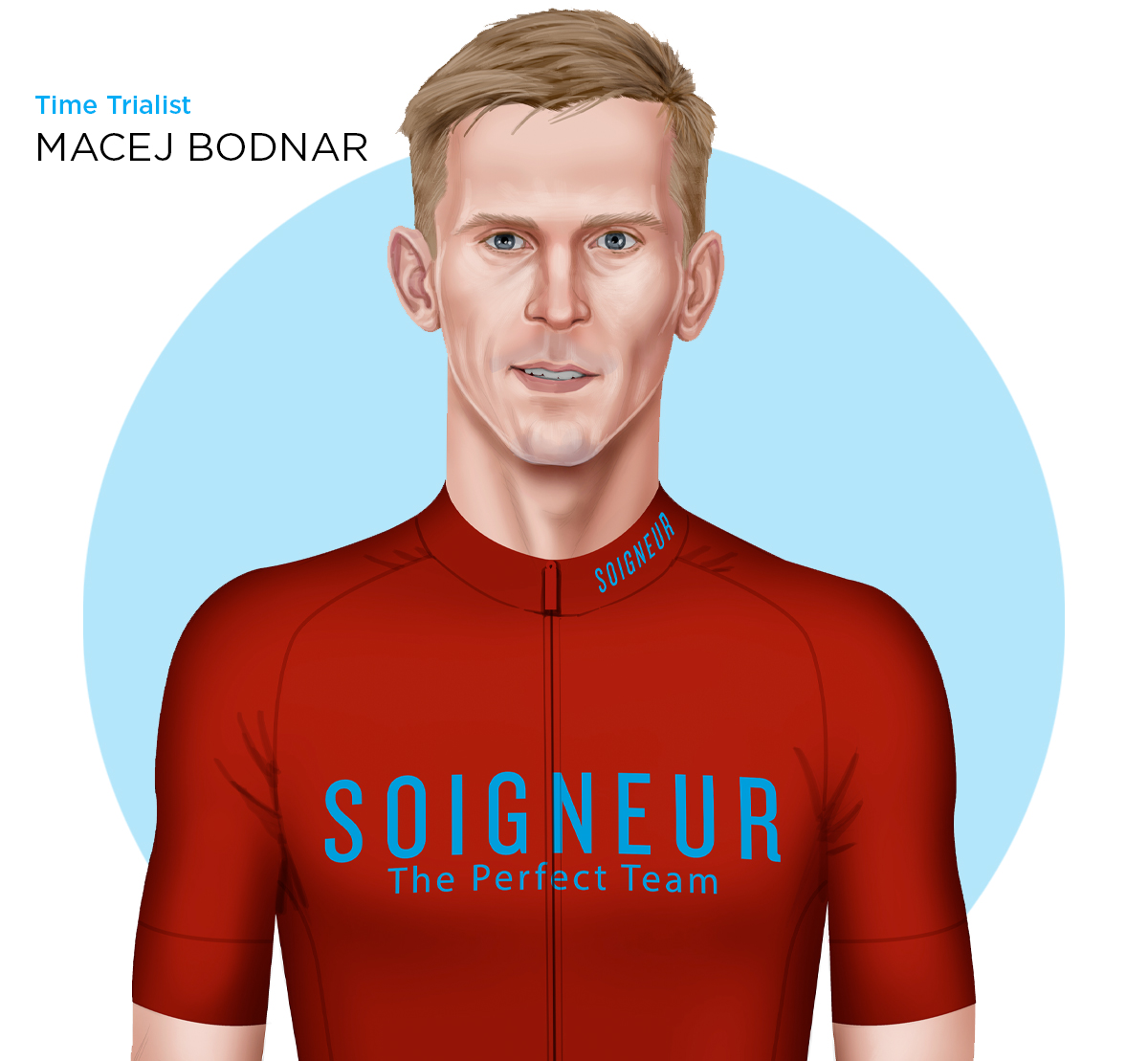 Macej Bodnar seems to me to be one of the very best. He’s already scored notable individual successes, as he did on the 2017 Tour de France in the ITT. But on that race he also proved he can (almost) win from a break, too. He moves around the bunch brilliantly and is a tireless domestique.