THE FINE ART OF WINNING SLOWLY

Her late husband’s brother had been fifth at the 1931 Giro. He was a good man, Ettore, and he loved the boy like he was his own. Of course he’d wanted to buy him a bike, and of course she’d said it would be OK. She’d said, “OK, but only if you promise not to do anything silly!” She knew she worried too much, but she couldn’t help it. 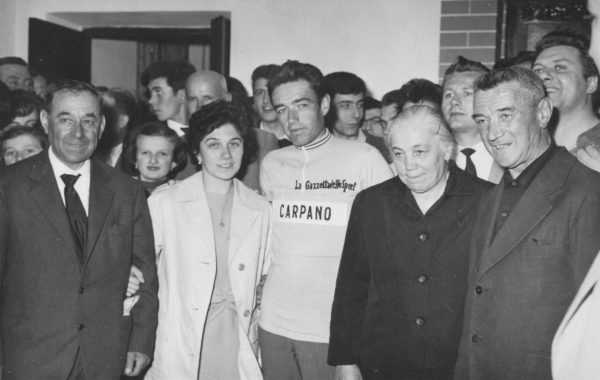 Anyway Ettore had promised and he had promised, so they’d taken him along to see Secondo Martinetto in Ciriè. He ran a club, the Gruppo Sportivo Martinetto, and everyone knew him. He’d been fourth at the 1924 Giro, the year Enrici had won. Enrici lived in San Maurizio Canavese, a ten-minute bike ride. Ten minutes from Ciriè, and five from San Francesco. Giovanni Brunero had lived there, the mythical Giuanin. He’d won the Giro three times, because nobody had climbed the way he did. He’d won it in 1921, 1922 and 1926, and he’d beaten Girardengo and Binda. Everyone had known the cyclists back then, and they’d all known Giuanin. He hadn’t been much of a talker, but he’d been intelligent and people had liked him. Funny how all the best riders had come from there. They must have been tough.

He’d been three when his father died, and he couldn’t remember anything. It still saddened her to think about that, but probably it was just as well. He wasn’t much for talking either, but he was intelligent and people liked him. He knew how to work things out, and they’d given him prizes for it at school.

It hadn’t taken him long to work out the cycling, and she could see that he liked it. She could tell, because when he’d come home it was always later and he was always happy.

She’d known it was only a matter of time, what with the uncles and everything. In truth it had been keeping her awake at night, so when he told her it was actually a weight off her mind. “Mum – he’d said, “I want to get a racing license.”  A weight off her mind, and a sickness in the pit of her stomach. 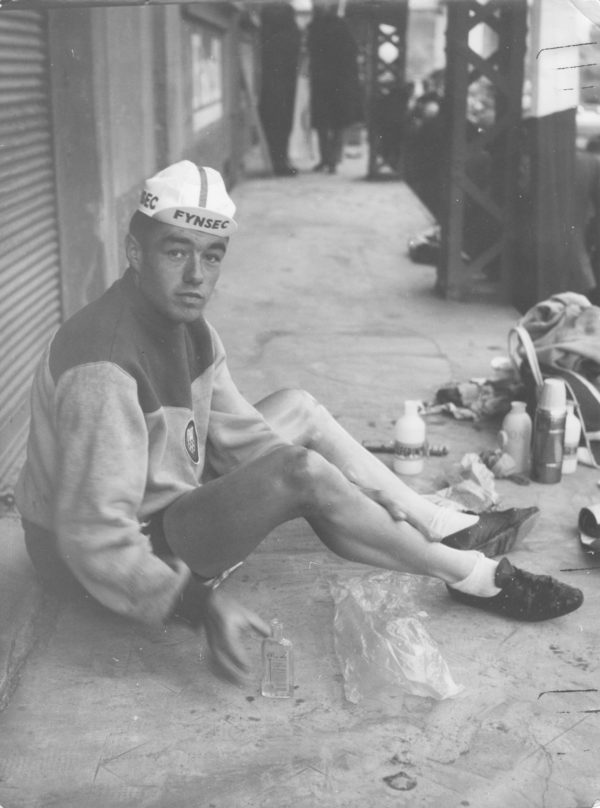 He’d told her he was 17 now, and she’d said she knew because he’d been in her belly. She’d said, “Well I can’t very well stop you, can I?” and he’d said he didn’t understand what she was so worried about. She loved him too much anyway, and she’d felt her heart swelling again. She’d said, “Go on then, but if you’re going to do it, at least make sure you win!” He’d smiled at her then, because he’d known she was thrilled for him.

She’d never forget that smile, and as he’d turned to go he’d said he’d do his best. She hadn’t been able to stop herself, so she’d said, “Do your best, but don’t go too fast and don’t do anything silly!”

She’d told herself she wasn’t going to cry, and she hadn’t.

Anyway that was the start of it, and then he’d got a job in the spares division at FIAT. He’d ridden back and forth every day, and they’d given him a place on the factory team. The problem was he’d started winning, and the more he won the more she’d worried. She’d had to ask his sister about the results, and they’d all avoided talking about the descents. That was one of the unwritten rules.

She hadn’t wanted him to turn professional, and neither had the DS of the factory team. His name was Graglia, and he’d wanted him to stay put and win more races for FIAT. In the end there’d been nothing to do about it, but he’d agreed to take a year off unpaid. That way if something happened or (touch wood) he hadn’t liked it, he could have gone back. He’d still have been able to ride his bike, but he’d have been home of an evening. 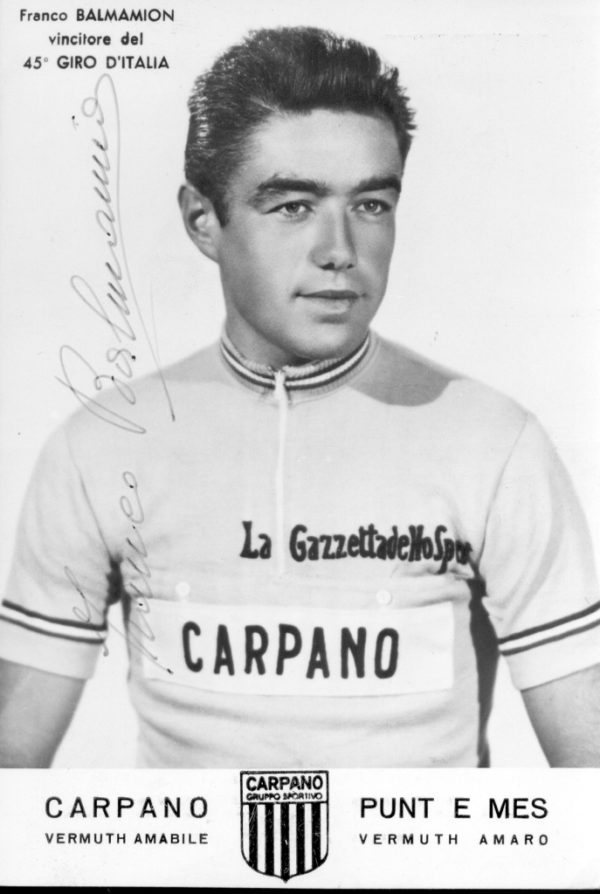 She’d never felt able to watch him race, but she’d said she would make an exception for the first stage of his first Giro. The finish was in Turin, and her friends had told her she couldn’t not go. It had been his dream come true, and he was her son. She’d gone with his sister and they’d waited for him at the top of the last climb, the Eremo.

He’d attacked at the bottom, and he’d been first over the top. He might have won had he not seen her there because he might, just for once, have attacked the descent. A promise is a promise though, and three of them had caught him just before the finish. He’d been fourth after a week, but then he’d missed the break near Naples and that was 20 minutes and a lesson learned.

He liked it and seemingly he was quite good at it, but he’d asked them to give him another year off just in case. They’d said that would be fine, but they’d known and so had she. He was a good boy.

She could tell – because she knew him better than anyone – that he’d been thinking about that stage near Naples a lot. He’d said, “You know, Mum, that the way to win the Giro is by not losing it?” She’d said, “You mean by not doing anything silly?” and he’d smiled and said, “esatto!”

What happened was that he almost lost it on the second stage but then, slowly but surely and without doing anything silly, he caught them all up. 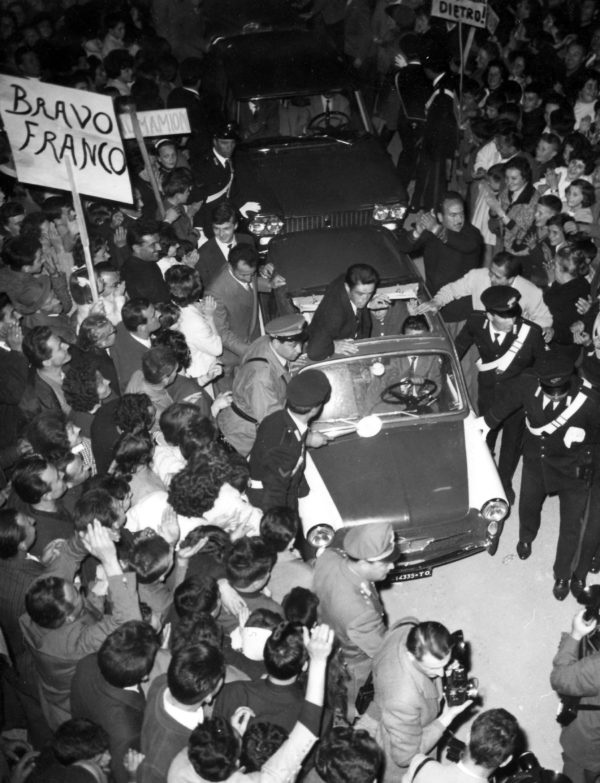 Anglade made a mess of it, and so did Gaul and Van Looy. They abandoned and Nencini abandoned, and Baldini didn’t have the legs anymore. Defilippis couldn’t help himself, so he attacked Massignan and Battistini, and in one hour all three of them lost the Giro. He admitted that he’d gone fast that day, but it was only three hours and there weren’t any descents. He didn’t take any risks, he didn’t do anything silly, and at the end that nice girl gave him the pink jersey.

At the end they said, “Well that Balmamion kid was just lucky!” Maybe they were right, but he didn’t care and neither did she. They had a big party, and he looked extremely handsome in his suit. Everyone from the village came, and everyone in the Canavese knew him now.

Adorni couldn’t help himself the following year, and neither could Taccone. They liked to see themselves in the ‘papers, and they really liked being on TV. They won seven stages between them, and they both lost the Giro. At the end they said, “Well that Balmamion kid has gone and won the Giro again! He’s done it twice now, and he hasn’t even won a stage! You barely see or hear from him for three weeks, and yet somehow he ends up in the pink jersey!”

There was no need to. 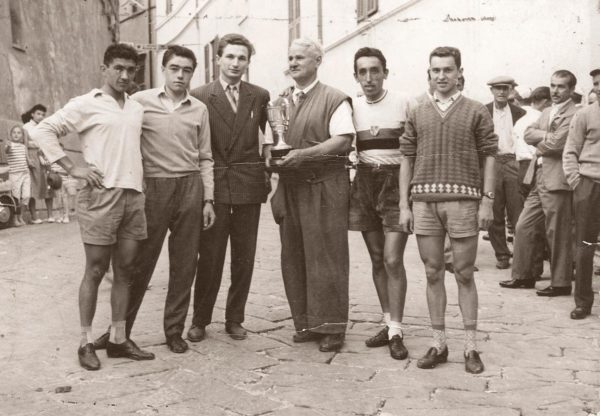