The cycling boom in Israel

It is December, and I am, once again, landing in Israel for the Cycling Academy’s preseason training camp. This is my fifth trip to Israel. During these off-season cycling events, I have crossed the entire country from north to south. The uncertainty I felt the first time I came to Israel—exacerbated by the interrogation I was subjected to at the Madrid airport and the thorough security measures at the Ben Gurion airport in Tel Aviv—has since dissolved. I am now enchanted by the warmth and hospitality of the locals, the general atmosphere, and the vibrant energy of Tel Aviv. I have been told that the city is even livelier than Madrid after sunset. This is something I have yet to see with my own eyes; every time I come to Israel, I end up promising myself I will check it out next time. The atmosphere on the city’s streets reminds me of the Spanish lifestyle: people spend a lot of time outside, in cafes, and enjoying slow meals with good company.

After a brief stop in Tel Aviv, we are off to the Judean Desert for a swim in the Dead Sea and a climb up to the Masada archaeological site for a dose of history and breath-taking views. The team will spend a few days at training camp in the Nir David kibbutz in northern Israel. A kibbutz is a collective, volunteer community in Israel, where goods and services belong to all members equally. Each member’s salary is put into one chequing account and is later distributed equally amongst all members. Vehicles and meals are shared and decisions are made democratically. You can join a kibbutz only if you were born into it or marry into it, and this luxury is only available to 4% of the population of Israel. Nir David has cabins for tourists, which is where the riders and team staff are staying. It is the perfect place to work on teamwork and spirit. On my second trip with the team, we stayed in the Samar kibbutz in southern Israel. At this destination, the riders prepared and served coffee while others cleaned up and washed all the dishes. From there we travelled to the tranquil city of Eilat, at the tip of the inviting Red Sea, which is dotted with shoreline cafes. 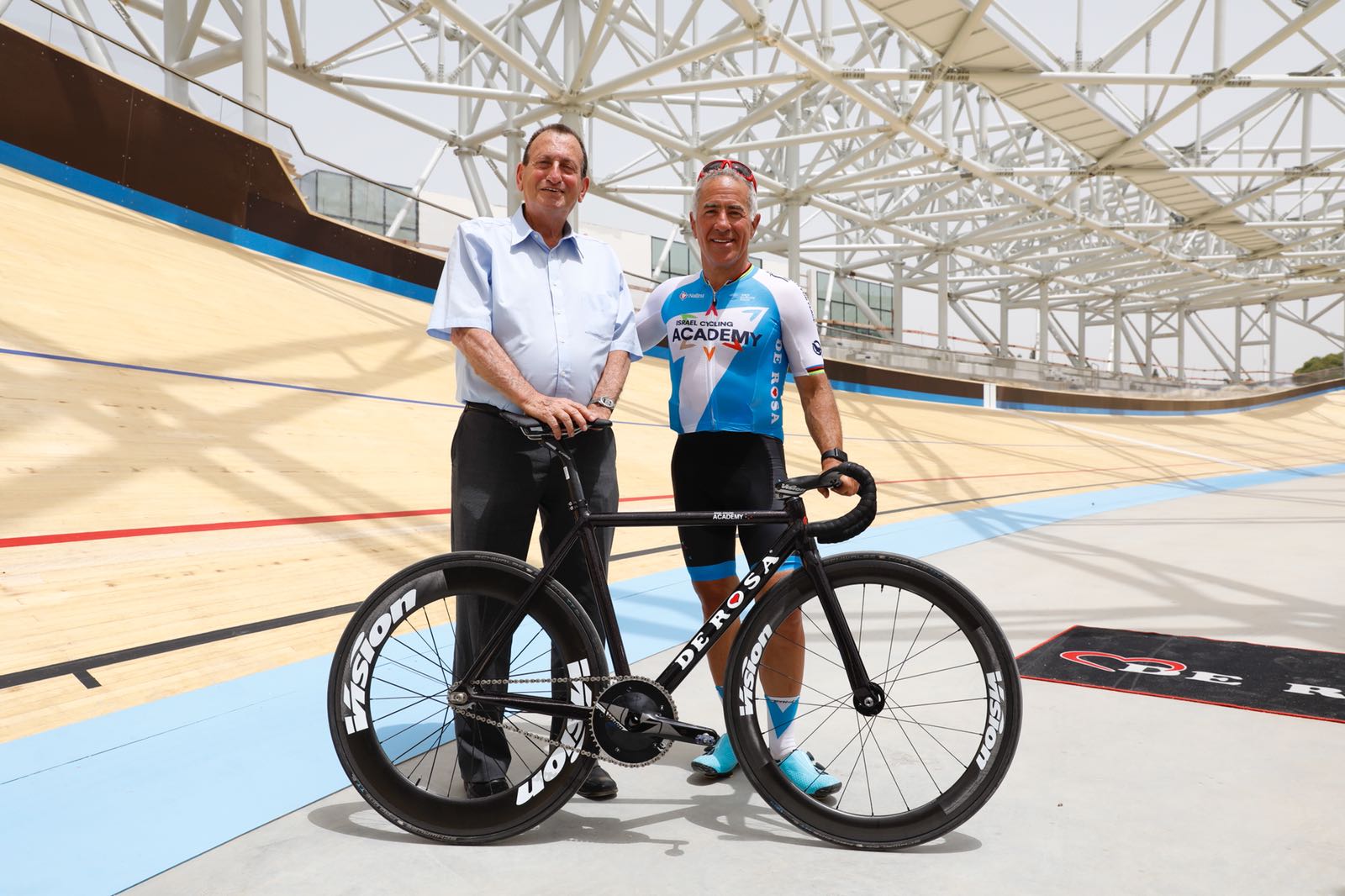 The third time I travelled to Israel, I met one of the Cycling Academy team’s biggest fans: Canadian Jewish multimillionaire, Sylvan Adams. He is passionate about cycling and won the World Masters Championship at the age of 57. His business card reads “Self-Designated Ambassador of Israel.” Adams left the family real-estate company that was founded by his father, a Romanian businessman and Holocaust survivor, to become a philanthropist. A couple of years ago, he moved from his hometown of Montreal to Tel Aviv with the dream of transforming the city into the Amsterdam of the Middle East. He is currently working on constructing the Tel Aviv velodrome—the first in the Middle East—which will open to the public in November 2019. He is also working on a project to expand the city’s network of bike paths and connect existing ones. In his luxurious apartment opposite the beach, he built an altitude tent where professional Israeli cyclists and other team members can undergo testing. He was also the person who brought the Grande Partenza of the Giro d’Italia to Israel, boosting the popularity of cycling in the country. Since that race, cyclists sporting Israel Cycling Academy bicycles and jerseys can be seen all over the city of Tel Aviv every Sabbath. But Adams’ commitment goes far beyond cycling: he wants to show the world that Israel is not the war zone news programmes make it out to be. When politics takes a back seat, he seizes the opportunity to show off the country’s true, beautiful nature.

No trip to Israel has ever been complete without a stop in Jerusalem. In December 2014, the wall opposite the gate of the Tower of David (the entrance to the Old City of Jerusalem, which comprises the Armenian and Christian quarters) welcomed twelve riders wearing black Cycling Academy uniforms to compete in the Criterium of Jerusalem. That wall, just opposite kilometre zero, was a metaphorical starting point for an endeavour that has made many personal—and collective—dreams come true: the creation of a cycling nation.

The Israel Cycling Academy will compete in the 2020 World Tour. Meanwhile, cycling will continue to grow in Israel