Dutch cycling infrastructure is world-renowned. Just about every one of its streets is lined with a red bike path. Cyclists get priority at roundabouts. Hypermodern bike parking is provided at train stations. Quiet bike routes crisscross the countryside. All day, every day, all across the country, millions of cyclists of all ages and types go where they want to go on two wheels.

On any given afternoon in a city such as Amsterdam, Utrecht, or Rotterdam, you’ll see bankers in expensive suits racing home on rusty rattletraps, students carrying their girlfriends to cafés on handlebars, and grandmas doing their shopping on brand-new e-bikes. Cycling is such a part of the Dutch way of life that it’s easy to forget that the Netherlands is also a great place for road riding.

The Netherlands has long been one of bike racing’s home countries. It’s far too small and flat to host a grand tour, but, for decades, most towns have hosted amateur races around their churches. The country’s racing calendar is chock-full of minor classics. The Dutch host important races too. The world championships have been held in the country eight times, and the Amstel Gold Race is almost a monument.

In recent years, Dutch road racing has undergone a renaissance. Riders such as Tom Dumoulin and Mathieu van der Poel are now among the sport’s biggest stars. The records of Dutch ladies such as Marianne Vos and Anna van der Breggen are even more impressive. Much of their success is rooted in the Dutch club system, which offers boys and girls fantastic support. Their training tracks ought to be the envy of every bike-racing nation.

Riding on the road in the Netherlands is safe and fun too. There are countless quiet routes, especially once you get into the countryside, where the roads trace rivers and canals, skirt around lakes, and cross fields dotted with cows.

The best spots for road riding are Zuid-Limburg, the Hoge Veluwe, and the Utrechtse Heuvelrug, where you can find rolling terrain and forests to protect you from the wind.

If you are a cycling fan, you have to go to a six day once in your life. The atmosphere in the centre of the track at the Rotterdam Six Day is always electric. For six nights early in January every year, the Ahoy Arena is transformed into a massive, beer-swilling, bike-racing party. Some of the best riders in the world show up. If you’re in town, don’t miss it.

The Urban Cycling Institute is part of the University of Amsterdam’s Centre for Urban Studies. Headed by professor Marco te Brömmelstroet, it carries out groundbreaking research into the relationships between cycling, society, and cities and aims to spread Dutch cycling knowledge around the world.

Every April, the fields of northern Holland bloom into rows of brilliant multicoloured tulips. The Netherlands remains the centre of the European flower industry and is the source of three-quarters of all flower bulbs traded worldwide. Riding between the growers’ fields is a surreal experience. Bike rides hardly get more scenic. 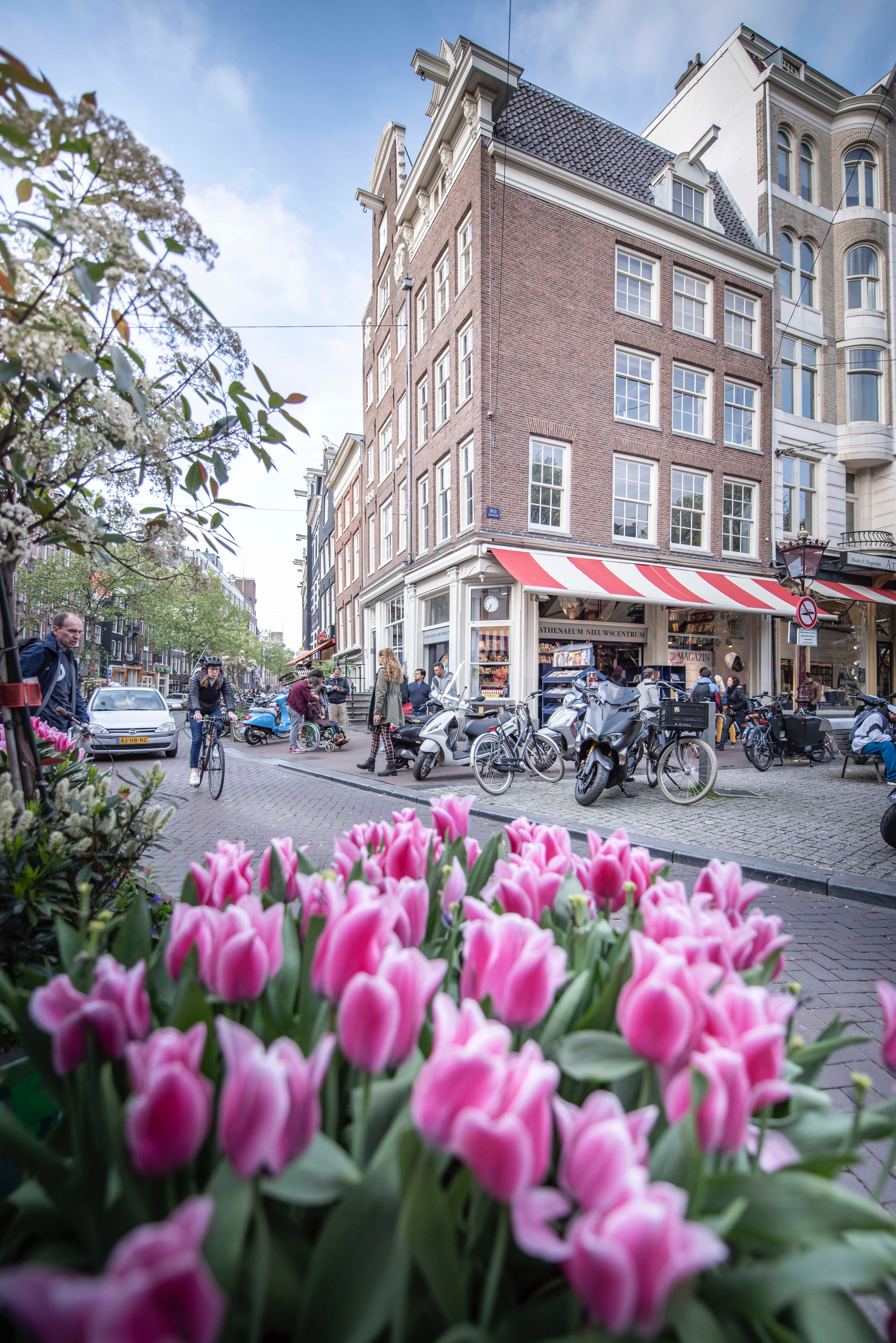 Before there was gin, there was jenever. William of Orange brought the Netherlands’ juniper-flavoured liquor to Britain during the ‘Glorious Revolution’, after which the Brits took it over. The Dutch still make their original sorts though. Old jenever is made from 15%-50% malt wine with plenty of herbs. Young jenever can only contain up to 15% malt wine and is a lot lighter. Start by trying Ketel 1, which is produced in Schiedam, right around the corner from Soigneur’s offices.

Based in Amersfoort, Koppel makes no-bullshit road and gravel bikes from steel and aluminium. Custom geometry, clean lines, round tubing, and beautiful paint jobs at a good price—what more could you want from a bike? They will be glad to build yours up with solid components to suit your needs. Pop by Mechanieker and ask to speak with Tom or Mirko.

The Ijsselmeer is a large inland lake, which was formed in 1932, when the Afsluitdijk was constructed to close the old Zuider Zee off from the North Sea. Riding the circumference of it is a classic Dutch challenge. Most opt to take the roughly 260-km route on in summer, when the days are long, but it can be done in the winter too. It is a lot more fun in a group.

Once per year, during a heavy storm, Dutch cyclists head to the Oosterscheldekering, a long dam between the islands of Schouwen and Duiveland in Zeeland, to race the National Headwind Cycling Championships. Competitors must ride the 8.5-km time-trial course on an upright, single-speed, city bike. Winners are heralded on national television and in the country’s largest newspapers.

A sticky layer of caramel sandwiched between two wafer-thin waffles—there is no better ride food. Stroopwafels pack enough sugar to get you through your longest, hardest rides and taste a heck of a lot better than engineered sports-nutrition bars. You can find them in just about every shop in the Netherlands, but for the true experience, go to a market and try a warm one.

The little village of Valkenburg in the far south of the province of Limburg has hosted the world championships five times and is the epicentre for the finale of the Amstel Gold Race every April. The Cauberg, a short, steep hill that rises above the centre of town, is almost always the place where the winner launches his attack. At its base is Fixed-Gear Coffee. A friendly café lined with vintage bikes, it serves coffee as good as you will find anywhere. If you’re going to take on the climbs of the Gold Race, start with a double espresso and a slab of banana bread made from pro-racer Leah Kirchmann’s recipe. Fixed-Gear Coffee has just opened a second location in the centre of Maastricht.

Situated at the centre of the Hoge Veluwe National Park, a large forest interspersed with heather fields, which is home to some of the best roads for cycling in the Netherlands, the Kröller-Müller museum features an incredible collection of modern art. Van Goghs and Mondriaans grace its walls. To reach it, you have to go by foot or bicycle. If you don’t have your own with you, you can borrow a bike at the park’s entrance.

The Elfstedentocht was last raced in 1997. A 200-km speed-skating event, which joins eleven cities in Friesland, it has fallen victim to global warming. If it is ever raced again, the whole country will shut down and flock to the ice in the northern province. Until then, you can ride your bike along the iconic route. Organised rides take it on in spring and summer, but you can do it yourself anytime too. 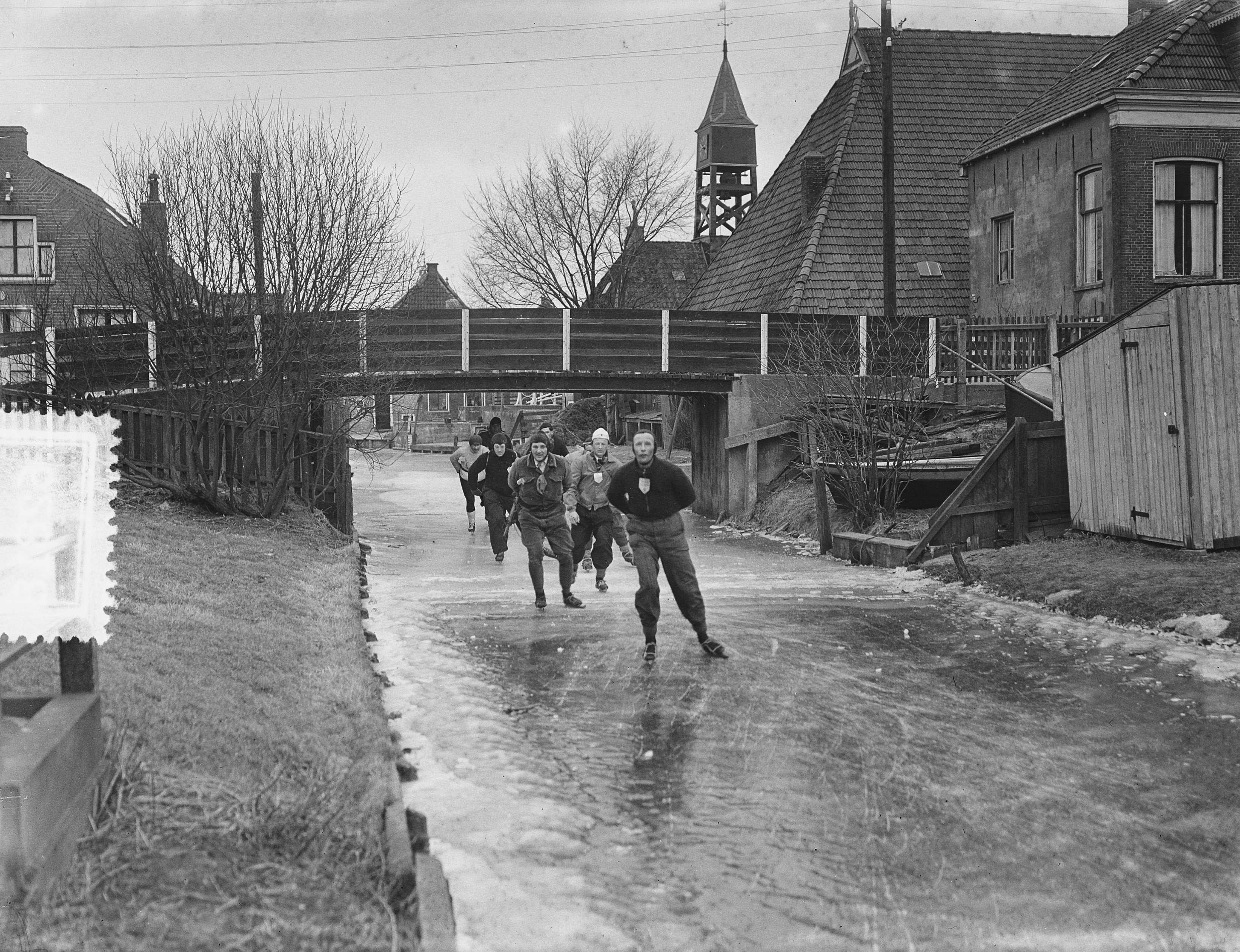 In August after the Tour de France, cycling’s biggest stars head to the Netherlands to make money racing evening criteriums. ‘Racing’ is perhaps not the right word—the results are decided ahead of the starts—but they do go fast and put on a great show. At the biggest ones, such as the Acht van Chaam or Boxmeer’s Daags na de Tour, many thousands of spectators will show up to drink beer and cheer on their favourite riders. If nothing else, the post-Tour crits are great parties. 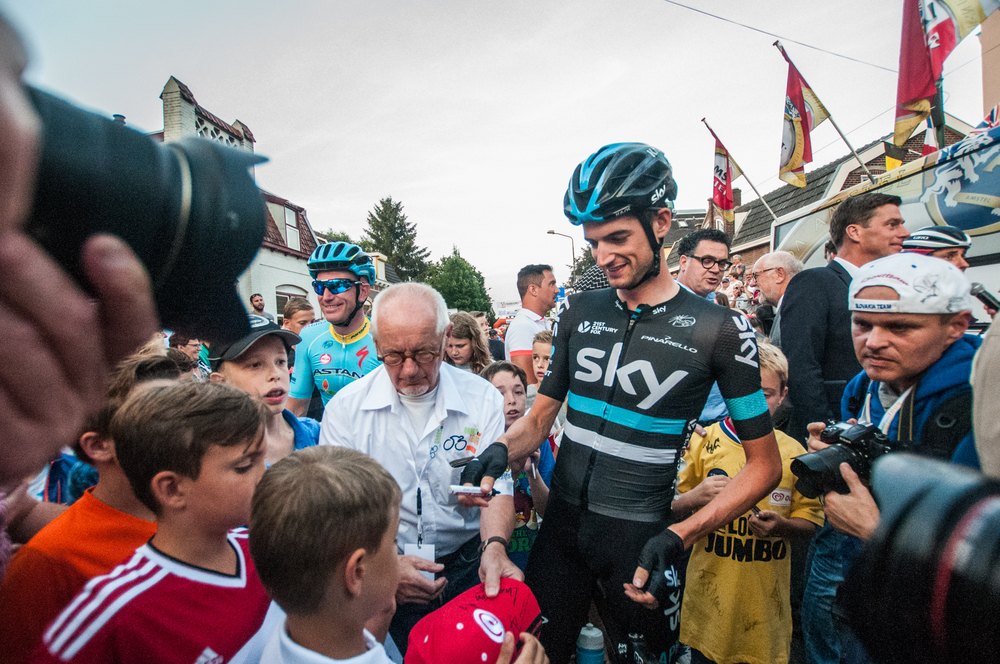 Download maps and .gpx files for a few of our favourite Dutch rides on Komoot.