The storyteller starts with the kind of candid diction that can only come from lived experience. He talks of chatting with a young black girl from a township in rural South Africa, and, while walking with her, posing her questions about her daily life. Her schedule, she says, involves a 12km walk to school every day. It’s a journey she makes because she wants to learn, but it’s a journey that is costing her her childhood. The storyteller is Anthony Fitzhenry, the founder of Qhubeka. He is recounting this story in a nondescript concrete and brick classroom in Cape Town’s largest township to some of the world’s top athletes and their support staff. It’s a positive story, but it’s not necessarily a happy story. From racing home in the winter before sunset just to keep warm, or leaving early in the morning to do her homework because her family’s home had no electricity, her education has demanded unimaginable time, energy, and dedication. “When do you have time to play?” Fitzhenry asks. The girl has to think long and hard before giving the answer: “Maybe for one hour on a Sunday.” 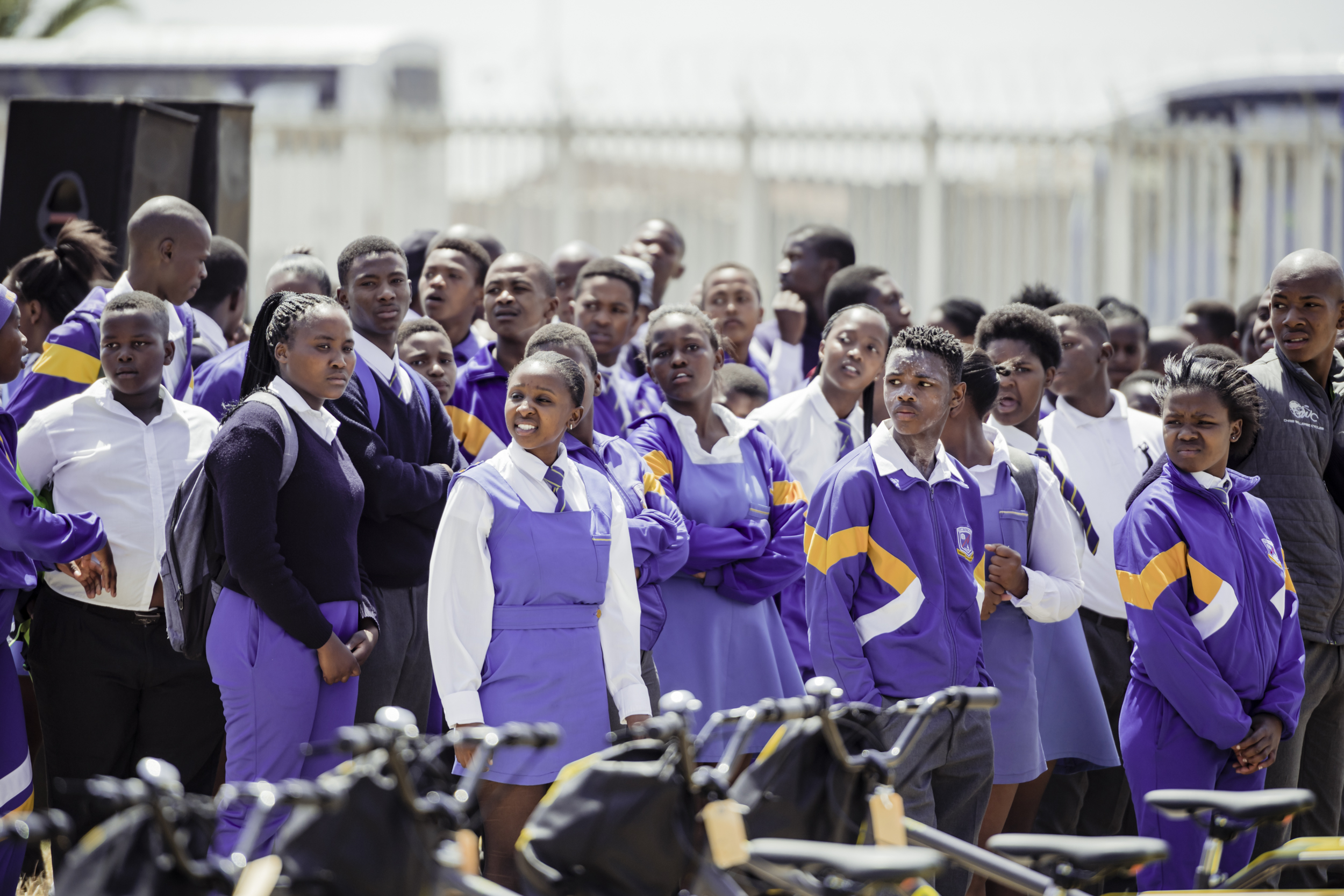 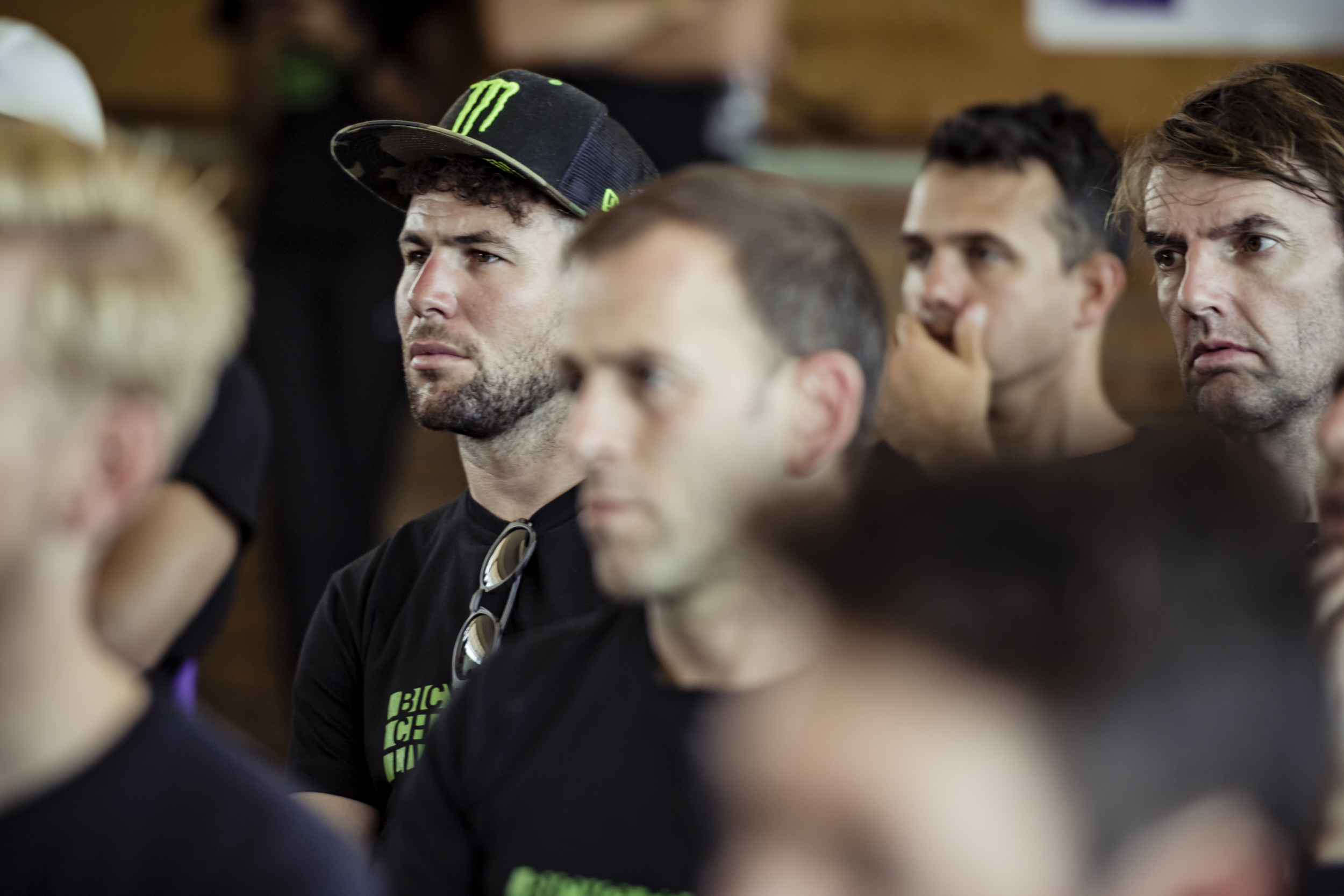 This is the story that concludes the Team Dimension Data pre-season camp. The contemplative tone and the silence that follows is enlightening. Thoughts of equipment, training schedules, and racing are far from people’s minds. There is a growing awareness that the team has the opportunity to use their platform and the podium for something bigger—that winning races is nice, but winning has to be the start of something, not just the end of the race. This observation is all the more acute after the events that took place shortly before the team entered this room. That was the bike handover. A moment that saw 30-plus local school children presented with their own Qhubeka bike, which they earned through various academic schemes. It was a moment that was clearly set to revolutionise their lives. 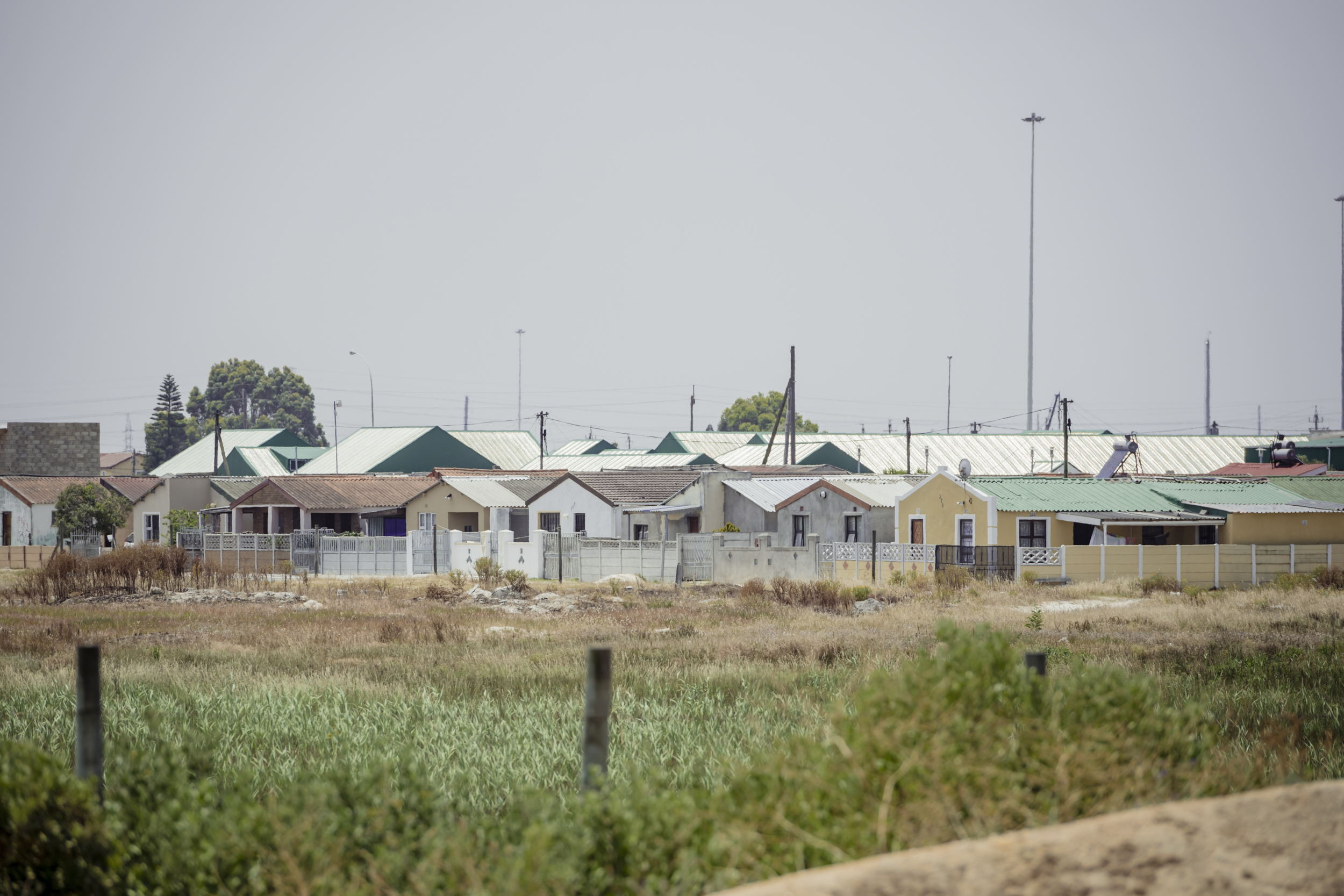 It’s not easy for us to say this, but professional sport, including WorldTour cycling, is an arguably frivolous activity. Ultimately sport is entertainment. The Romans knew this and deep down we know it, too. Rather than making idols of political leaders (especially in such times as the present) we idolise sporting ones. They provide us with escapism to forget the everyday grind. Sponsors understand this power and use it for marketing exposure. You probably don’t need to have studied sociology to see this all around you in the press, in advertising, in the posters our children put up on their bedroom walls. But there is another dimension—excuse the pun—that can be brought into play: sensitively handled, a pro rider’s exploits on the bike can be used to highlight the difficulties of underprivileged communities in South Africa and to help raise money and exposure for the charity that offers bikes to these communities. Doug Rider, the founder of Team Dimension Data, realised this dream in 2011. The team has been on a mission ever since. 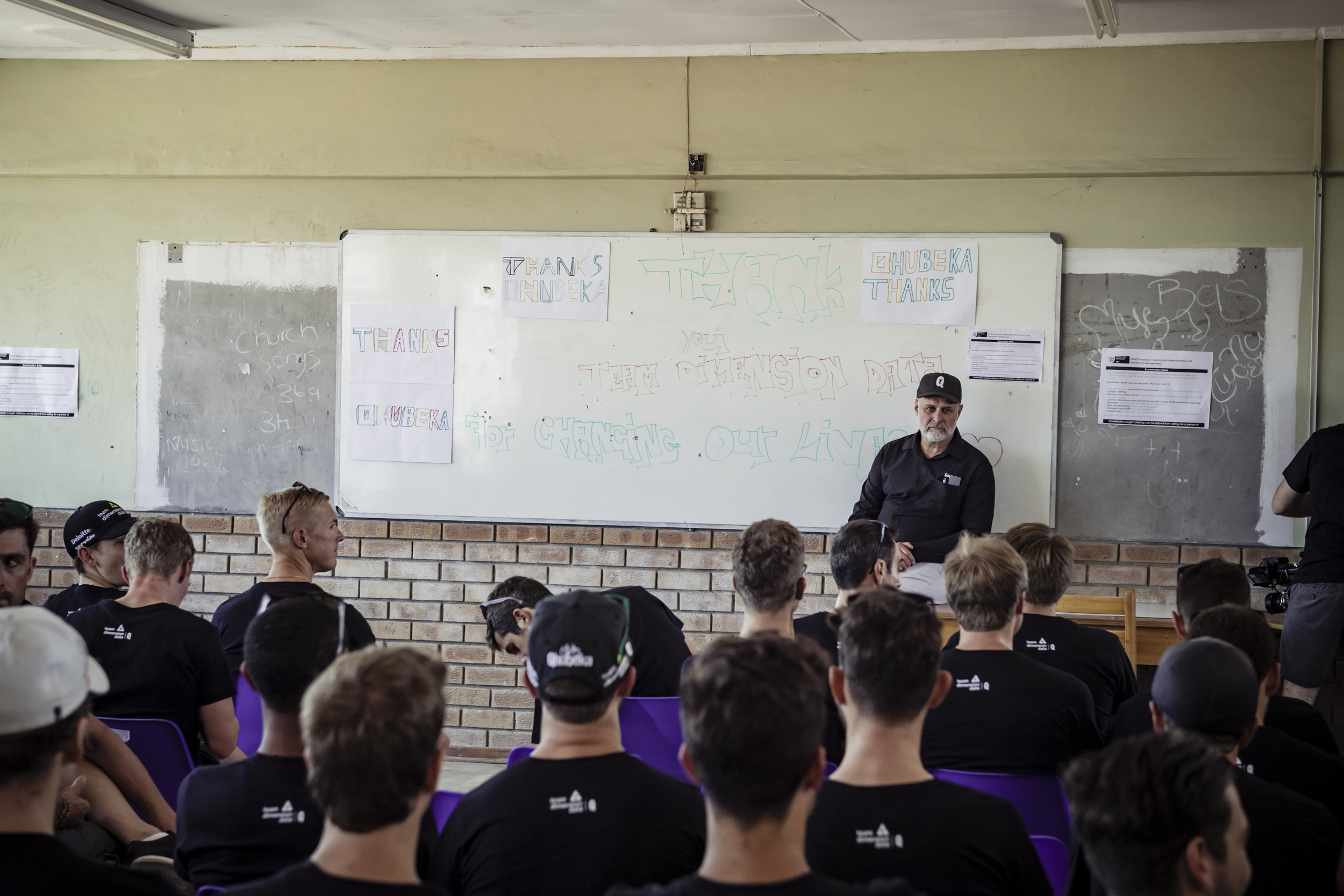 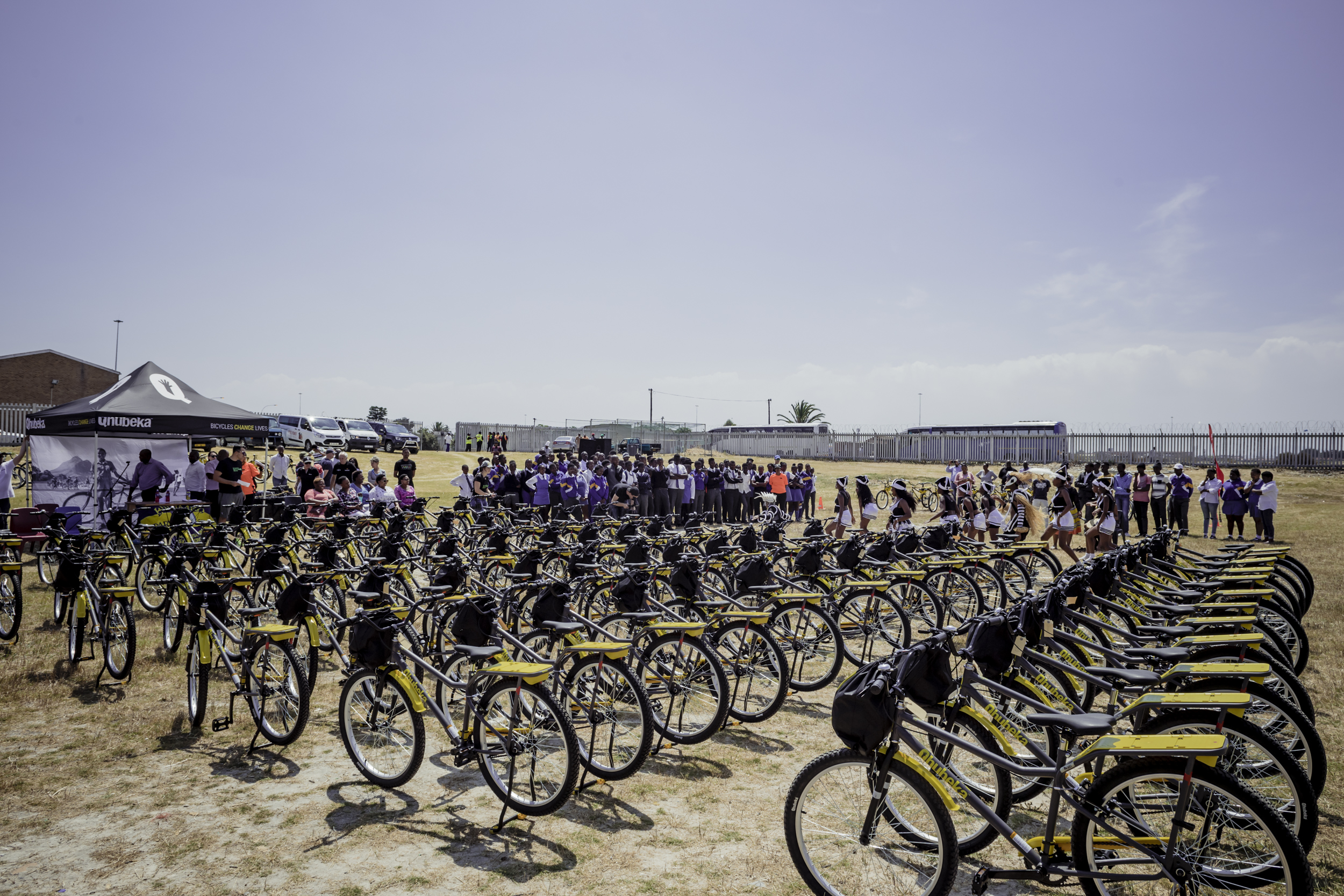 While Fitzhenry speaks, ASSOS is also in the room, listening intently. As the team’s technical apparel supplier, ASSOS ensures the riders train and compete in its most cutting-edge products—notably for 2019, the all-new S9 shorts. The 27 riders act as an extension of the Swiss brand’s R&D department, providing feedback on the kit and, perhaps even more significantly, keeping the brand motivated. ASSOS is a small company with a welcoming vibe and a genuine consideration for the rest of the world—the world outside cycling, that is. That’s why, when the opportunity presented itself to partner with Team Dimension Data, they jumped at it. After being in that classroom with the rest of the riders, they feel the same passion to make a difference, committing to producing limited-edition Qhubeka jerseys throughout the year, which will give money to the charity through a royalty.

The look of gratitude on the faces of those children won’t be easily forgotten. The words of thanks written on the classroom white board are etched in the whole team’s collective memory. And as a sponsor of the team, ASSOS realise that this is about something bigger than just racing—something that will make more of a difference to the world than any other team in the professional peloton. 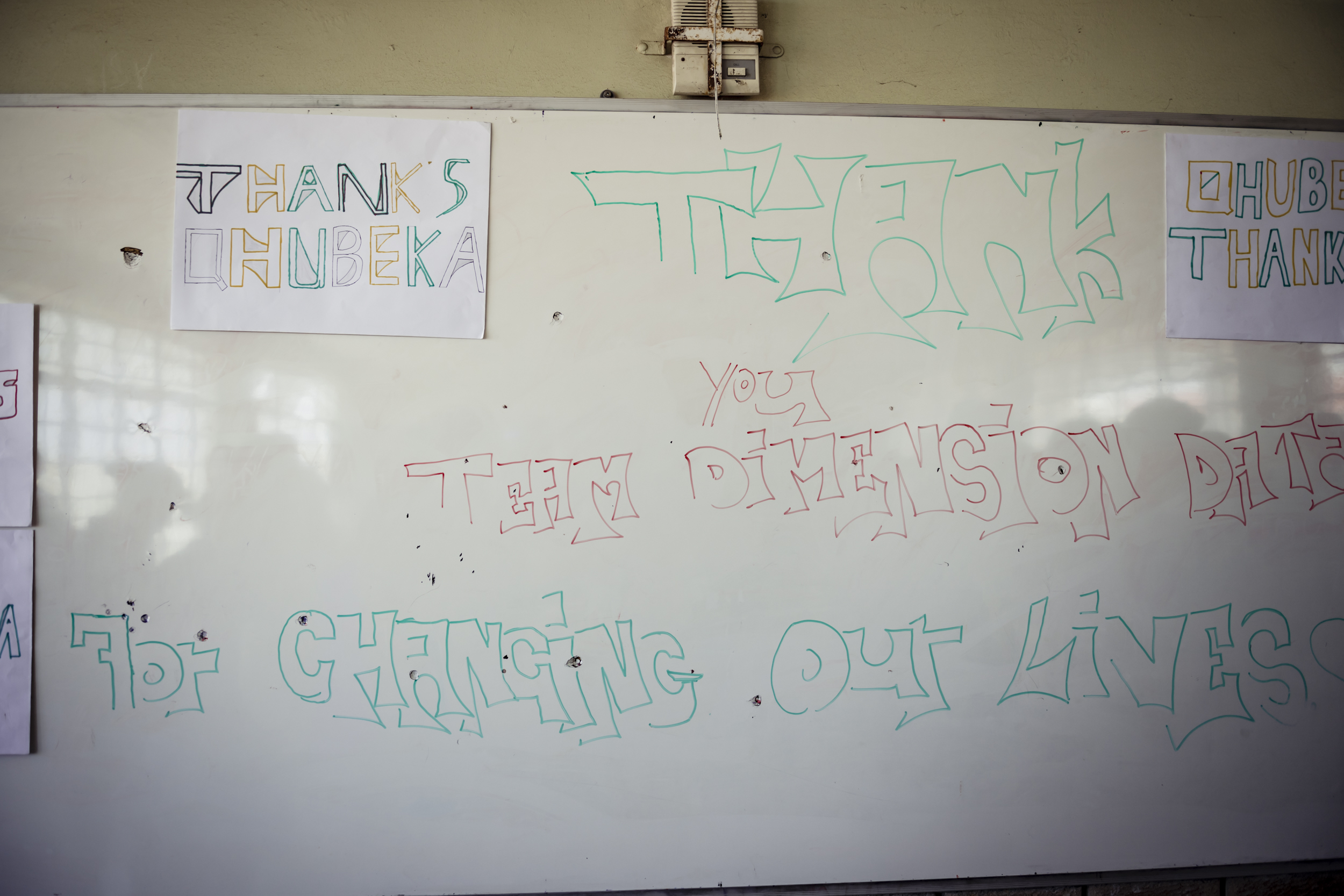 For more info on our support for Qhubeka head here.

Part 1 of our insider look at the partnership between ASSOS of Switzerland and Team Dimension Data.