Sofiane Sehili is a Parisian bike messenger and ultra-endurance racer. In 2019, he won the Inca Divide and the Italy Divide. In 2020, he added the Atlas Mountain Race to his palmarès. When he is not racing or at work, delivering packages around the French capital, he enjoys exploring the world on his bike. He has devoted his life to cycling. 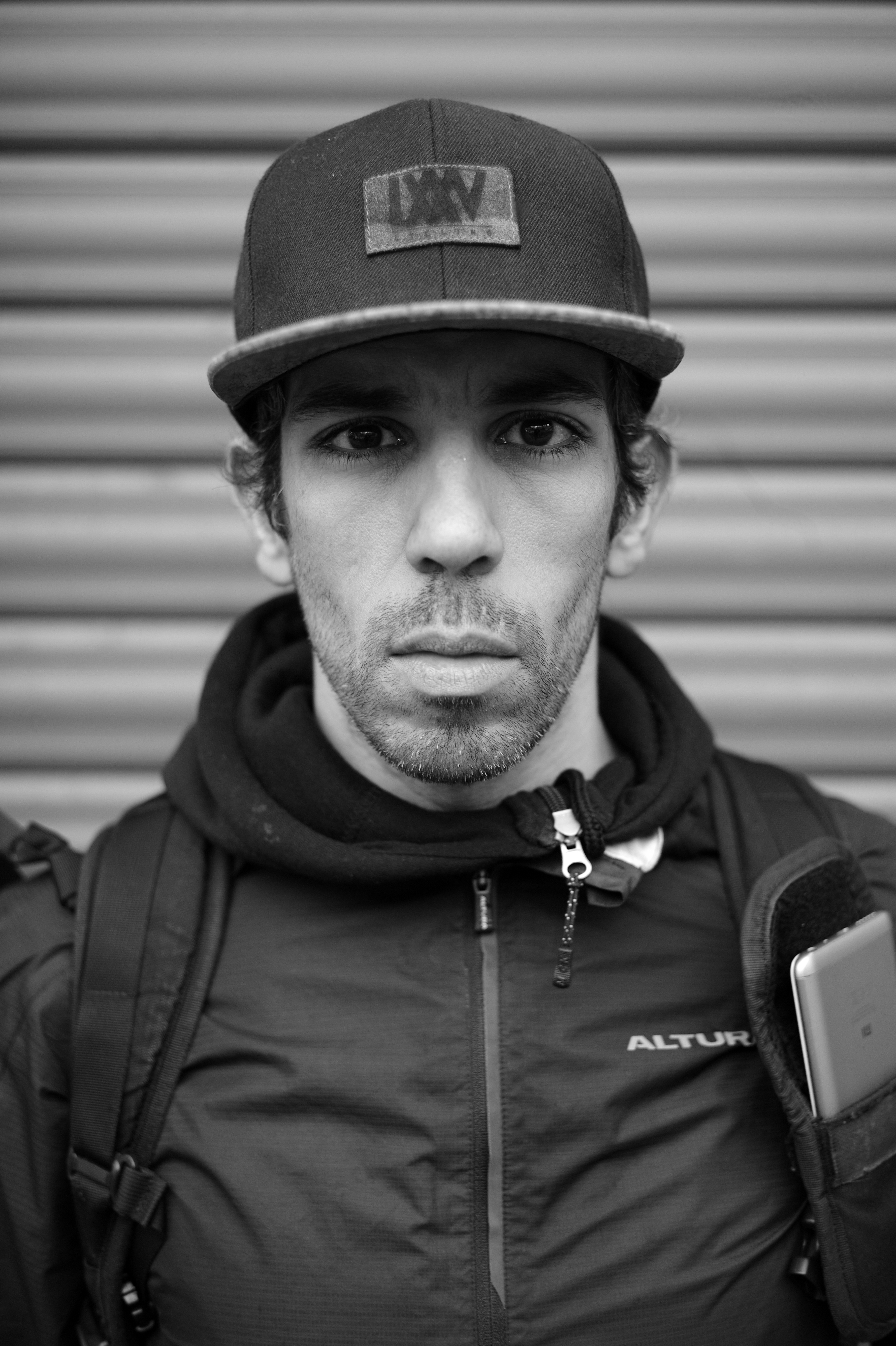 It all started ten years ago, when he quit his job at a magazine to go bike touring. When he returned to Paris, he needed to find work and decided to find something that would allow him to spend his days outdoors.

“The idea,” he says, “was just to be on my own all day and be on my bike and not be locked down in an office.”

At first, he delivered leaflets advertising shows to local libraries, bookshops, and theatres, and then found a full-time couriering gig. He fell in love with the work.

“It’s about having that split second of anticipation that will allow you to ride between cars. You’re always trying to get an edge. And it’s about being fast all the time and avoiding danger,” he says.

Sofiane is glad to have Komoot in his pocket when he is navigating the city.

“It’s impossible to know all of the addresses in Paris,” he says. “You could work as a bike messenger for 20 years and you wouldn’t know all of the small streets where we have to go, so it’s a useful tool to have. When there is just a tiny street in a part of town where you have never been, Komoot will tell you. And then it’s up to you to say, okay, I am going to follow the itinerary from the app or tell yourself that it may be the most direct, but maybe not the fastest, because some streets will have a lot of traffic and some will have a lot of pedestrians.”

Messengers like Sofiane have to use their heads, but Komoot helps them choose their routes much more intelligently.

“I think it’s tough for an app to have the knowledge that you have as a bike courier,” Sofiane says, “but it’s also impossible for a bike courier to know all of the stuff that the app knows. So it’s nice to have both. You need both actually.”

“When I became a bike messenger, I had such good training from being on the bike four days a week in the traffic, and with that training, I found that when I went on longer rides, like 200 km, 250 km, that they were actually easy for me… And then I started to think, you know, what are my limits?”

He still doesn’t know. On the ultra-endurance circuit, he is renowned for his ability to push himself for days on end. He first discovered the discipline on an online forum about fixed-gear bikes, where he got talking to another Frenchman who had finished the Transcontinental. At first, he wasn’t interested, but then he went to the United States to tour the Great Divide and heard about the Tour Divide. That’s when he first got the idea that he might be good at long-distance racing. A few years later, he returned for the event and finished third.

“I just discovered the sport and even though it was really hard, I kind of liked it,” he says.”And I kind of liked the fact that I was good at it, and I decided that I would do it more, and keep on doing it.”

During the Atlas Mountain race, a 1145-km self-supported epic over gravel roads and rocky trails in the mountainous Moroccan desert, Sofiane slept for just two and half hours. It took him three days, 21 hours, and 50 minutes to finish the event in first place. He missed seeing much of the most beautiful scenery, as he rode day and night and passed some of the most spectacular sections in the dark.

“You have to have your priorities straight,” Sofiane says. “When I’m racing, I’m racing, and when I’m touring, I’m touring… I’m in this to win, and I am at peace with the decision that if I’m going to go in a race, I’m going to go full on and miss out on a lot of things. On the other hand, I gain this unique experience of pushing my limits, again and again, as far as I can, and then winning.”

Sofiane doesn’t always want to push his limits though. When he’s touring, he likes to go with the flow.

“I just go day by day, or maybe I will know where I will be in two or three days tops. It’s not like I know. When I go on a two-month trip, it’s not like I have all of the stages set. The way that I like to ride, I just go from point A to point B, and then I figure out how to go from point B to point C, and this where I really like Komoot, because it gives you the opportunity in not even a minute. You just set the coordinates of where you are and where you want to go and it does the job for you. And it does it really well. What I like about Komoot is that it allows you to have these really direct routes and still stay off the main roads.” 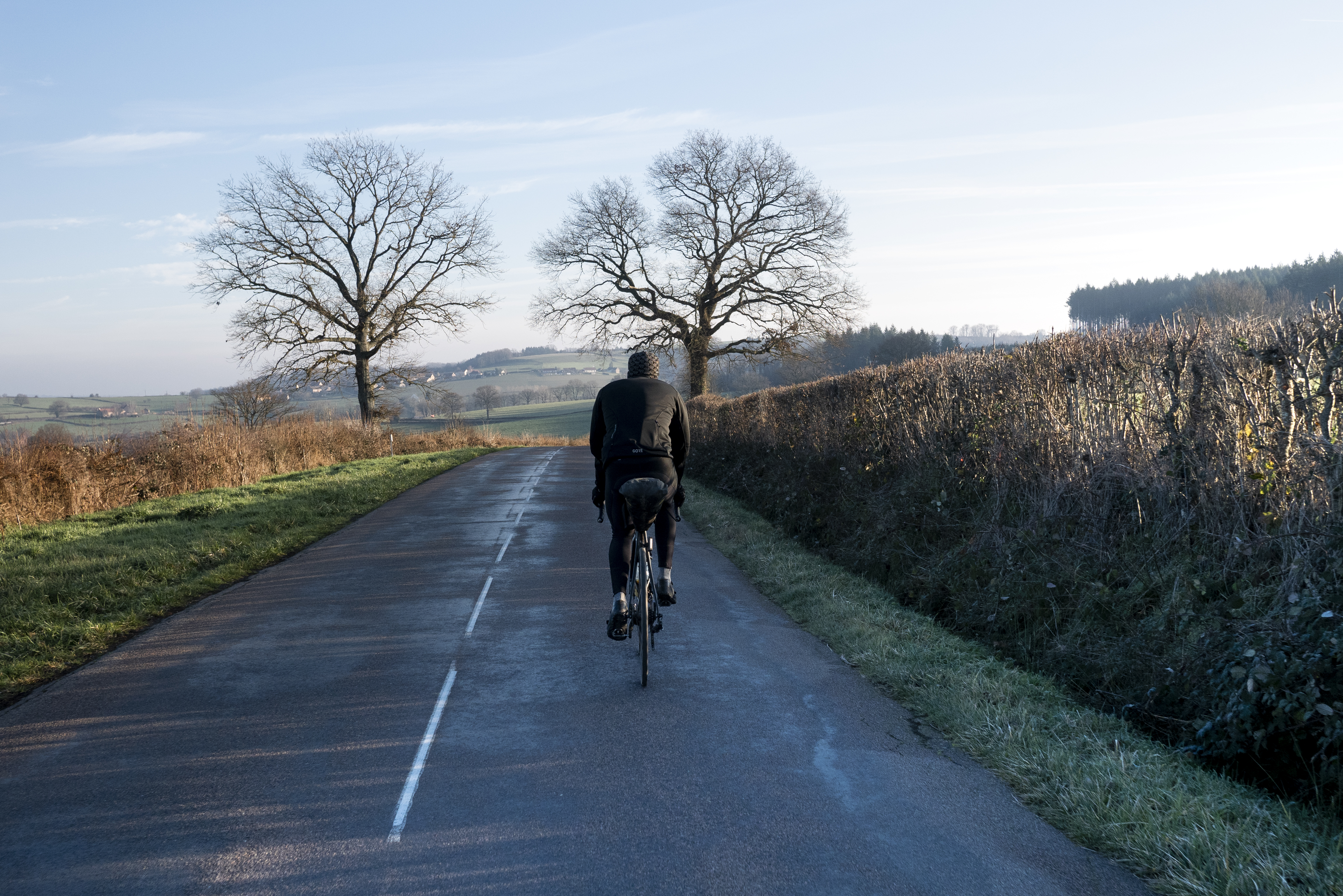 The route that Sofiane wanted to share with us is one near Paris that he likes to ride on the weekends.

“It’s tough to bike when you live in Paris, because it is such a sprawled out city and there are people everywhere,” he explains. “What a lot of people do is go to an area that is not too far, not too remote, from the city and still has a bit of countryside, a bit of forest, and some hills. It is called Vallée de Chevreuse… You can go early on a Sunday or a Saturday and you ride for a few hours, maybe three hours, and then you can sit down in this really nice place in the countryside called The Barn, and then you have a great breakfast, and they are very welcoming with the cyclists. That is the place that I would love to recommend.”