One February, Omar di Felice rode from Whitehorse, in Canada’s Yukon territory, to Tuktoyaktuk, an Inuit village on the shores of the Arctic Ocean. Sleeping in remote gas stations at night and facing -30° temperatures by day, he took nine days to complete the 1,500-km journey. The former professional racer lives for such extreme adventures. He has explored Norway, Iceland, and Alaska in winter. This March, he rode 2300-km across the Gobi desert, cycling 10-12 hours per day and sleeping in his tent in fields rarely seen by anyone besides the local nomadic population. He is also an accomplished ultra-endurance racer. Last year, he finished third in the Trans America, a 7,000-km unsupported event, which took him just 20 days to complete on three hours of sleep per night. The key to these extraordinary accomplishments is Omar’s lifelong love of cycling. 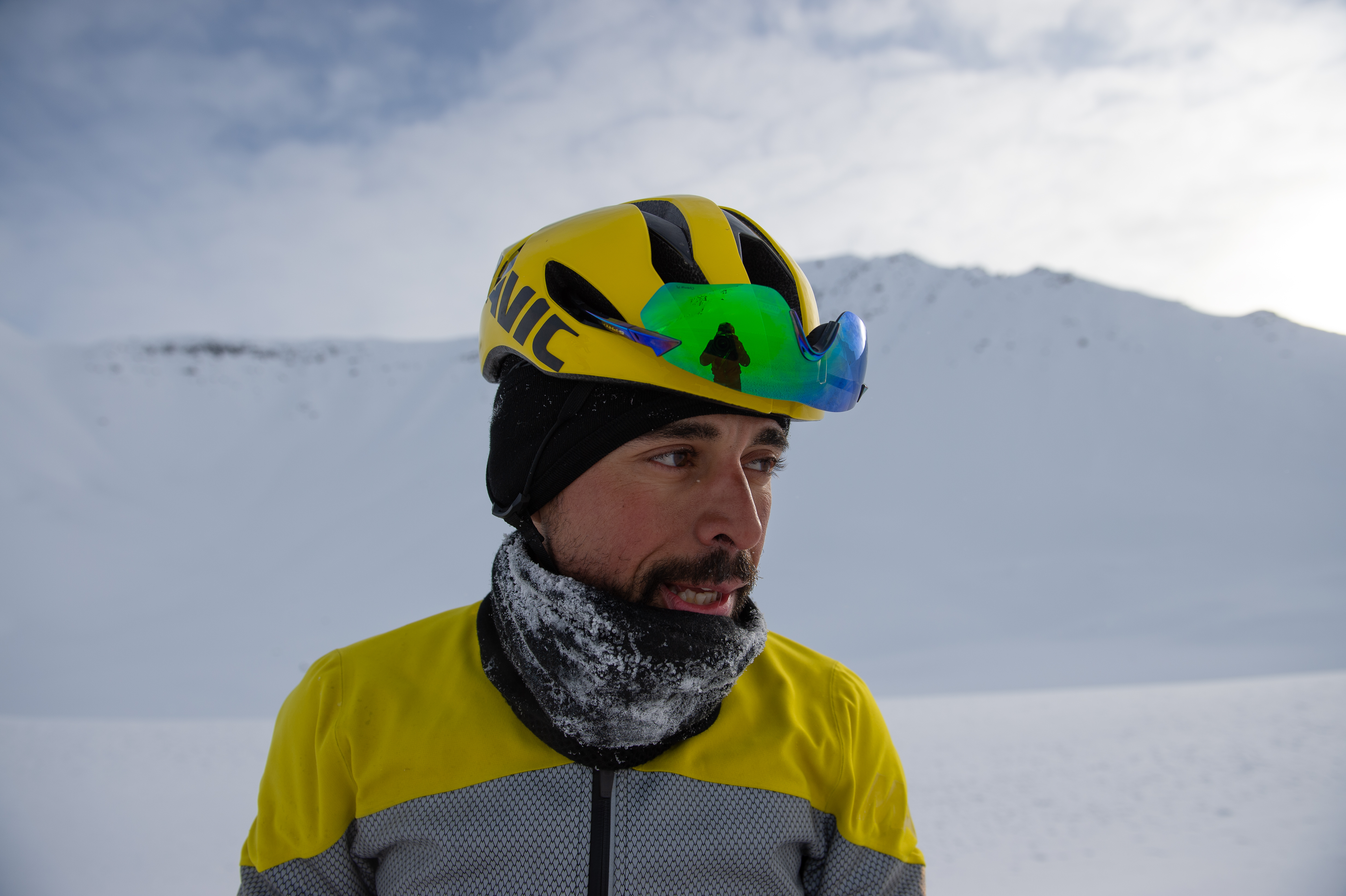 As a boy, Omar followed the conventional path for talented young Italian riders, rising through the youth ranks in his native Rome, before earning a professional contract. He rode for Amore e Vita, a small Continental team for one year, before retiring to work as a graphic designer and web designer. He kept cycling though, and after a few years started doing longer and longer rides. Ultra-endurance racing had captured his imagination.

“I really like the long distances,” Omar says, “because it is you against yourself…. When you are on your bike on an extreme challenge, completely alone, you can really push yourself. It is more mental than physical. This way of cycling is really intimate.”

Omar soon discovered that he could push on when others couldn’t, and his exploits on the bike began to attract the attention of sponsors and the public. He has now turned his passion into a profession and is one of the bigger names on the ultra-racing scene. He still rides for the same reasons he has always ridden though: the challenge and the beautiful moments that he encounters.

Perhaps surprisingly for a Roman, the expeditions he loves most are above the Arctic Circle. He remains inspired by the polar adventurers and mountaineers he first read about as a child in National Geographic.

“I really love to ride my gravel bike on the ice,” he says. “The most challenging and difficult part is to face the cold, because you can risk frozen hands and frozen feet, and it is really difficult, but it is more mental. You have to keep focused and motivated on what you are doing. I can really immerse myself in nature. You are so small if you consider the landscapes that you are moving in.”

Most days, it’s Rome’s wonderful chaos that Omar is immersed in.

“Rome is a big city, and we have a lot of traffic and a lot of cars, but it is a very historical place and a beautiful place,” he says. “You can ride your bike past the Colosseum, St. Peter’s church.”

It’s easy to cycle out of the city too.

Whether he is at home or on the road, Omar plans his routes on Komoot. His favourite feature is the app’s sport-specific algorithm, which chooses the best route between the waypoints you set, based on the kinds of riding that you want to do.

“I am a professional cyclist. I’m used to travelling a lot and the most beautiful thing is that when I get to a place, I can open my laptop, open Komoot, and define exactly which kind of route I want to do,” he says. “So, if I have a gravel bike, I can go more off road, or if I have just a road bike, I can choose the best in terms of asphalt. For sure, this is the most important thing that I check on Komoot.” 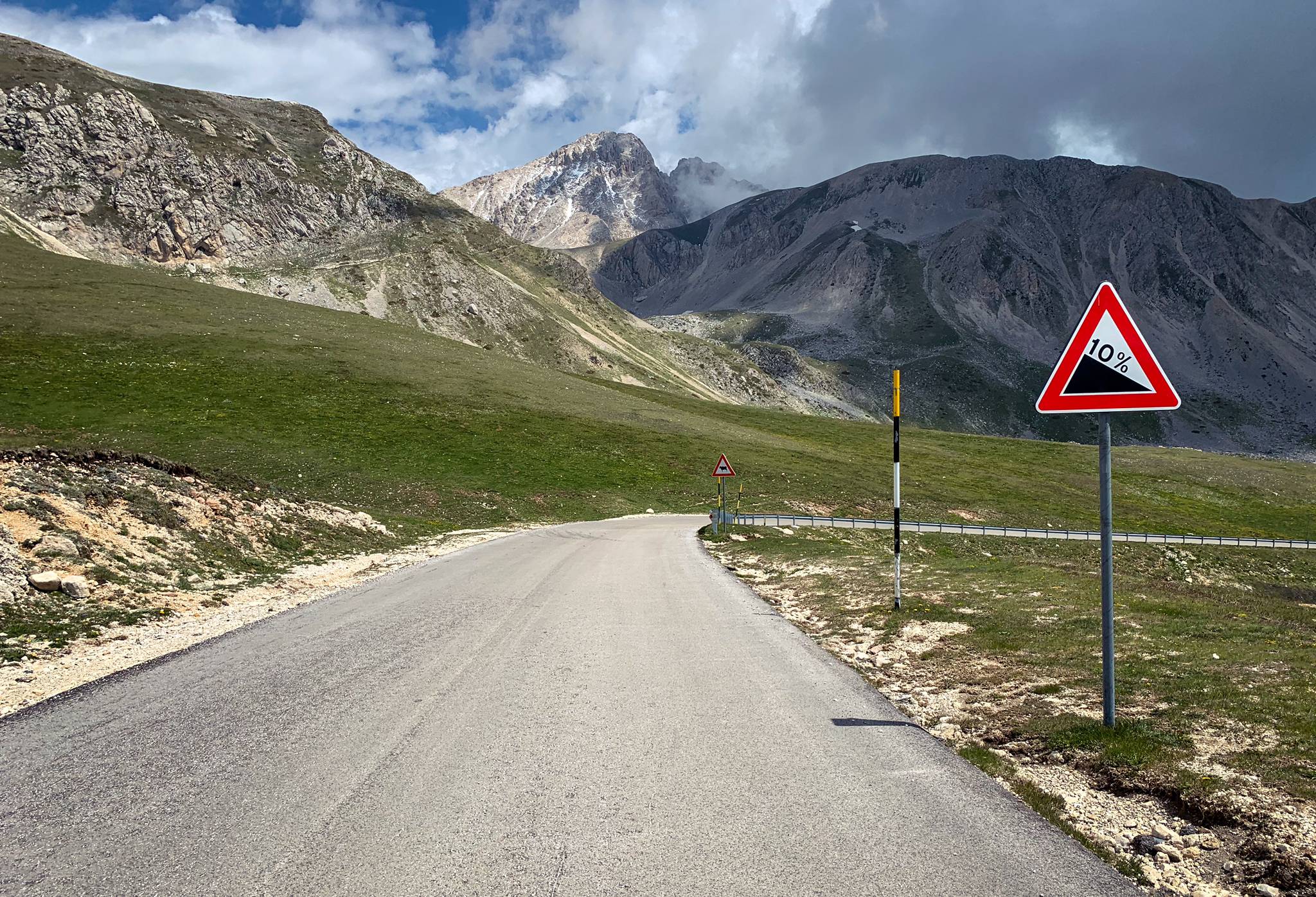 Although Omar loves exploring remote polar landscapes, he is blessed by the cycling near his home city of Rome. The ride he wanted to share with us is a monster. A 300-km loop to the east of the city, which crosses the Gran Sasso massif, it features some of the most spectacular scenery on the planet.

“I really like going east from Rome,” Omar says, because you can reach the first of the Apennine mountains of Italy. You can ride up to 1500 metres, so you can go high. It is really amazing. For sure, it is my favourite place where I ride my bike.”

That is saying something, because Omar has ridden all over the world.