Laurens ten Dam needs no introduction. For 17 seasons, he raced in the professional ranks, earning top-ten places at the Tour de France and the Vuelta, as well as a reputation for being a stellar mountain domestique. He was one of the best liked riders in the peloton, respected by his colleagues and fans alike. Though he decided to end his World Tour career last year, he is not done racing yet. He loves cycling too much. Watch out for him at the front of the world’s hardest gravel events. 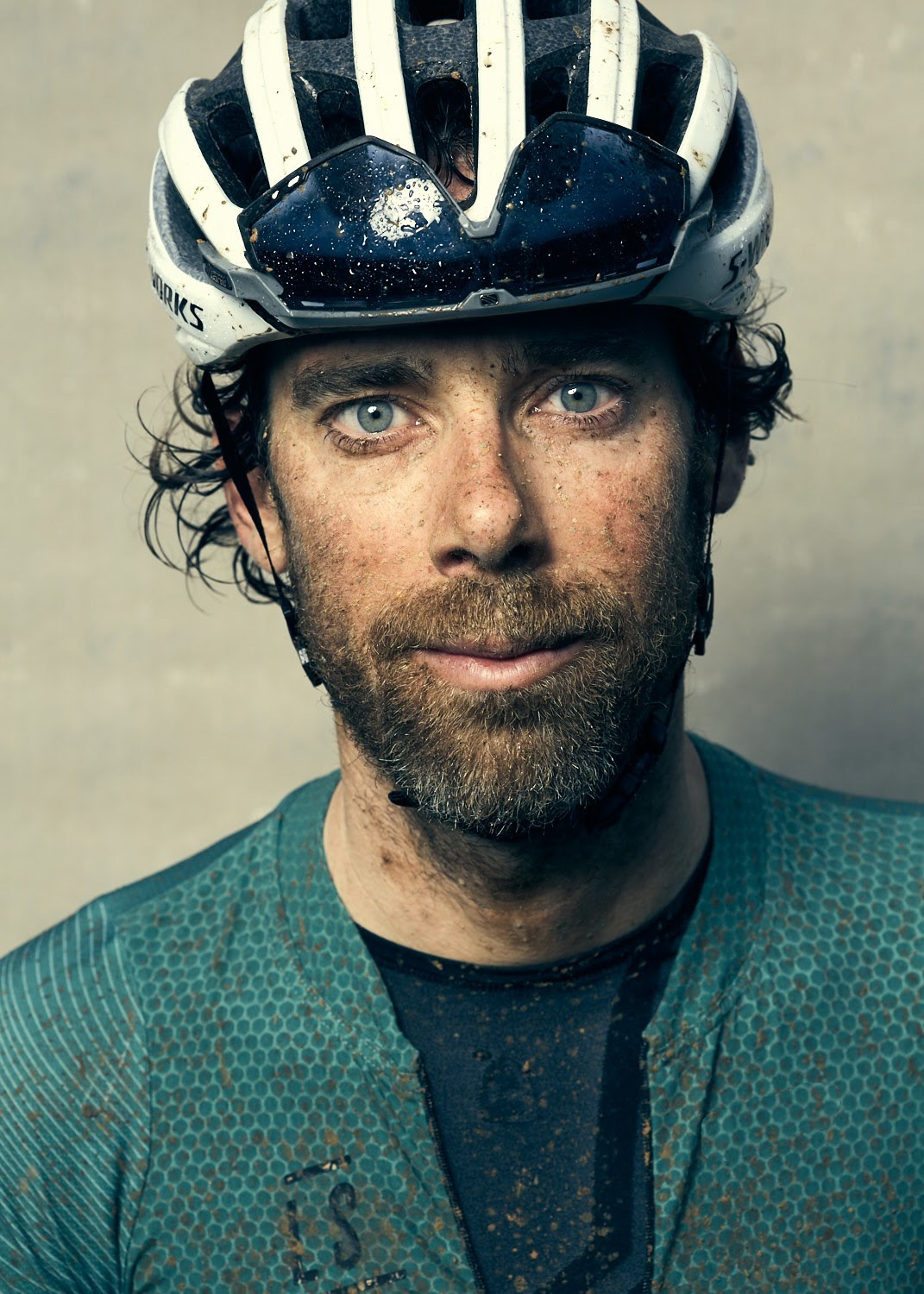 “The bike just gives me freedom,” Laurens says. “I call myself a pro adventurer now, and maybe I was always that, but I happened to be good at riding the bike really fast. Now, I can enjoy the bike even more, and maybe that is more my natural thing. I can go fast when I want to go fast and slow when I want to go slow.”

He has returned to riding for the same reasons he did as a kid.

“My first memory was me on my three-wheeled bike, with those side wheels. When I was young, my parents lived on a houseboat, and I remember I was on the bike path next to the canal in Holland, and I got lost, and I just thought to myself, I will go the same way back, and I got back to our boat. That is my very first memory, and that also explains my love for the bike, I think. It’s just freedom for me, pure freedom. And the chance to explore new roads. It’s been a big thing for me my whole life.”

Since he hung up his team bike, Laurens has been as busy as ever. His training is no longer all-consuming, but he is still riding his bike a lot. He is also an editor for the Dutch version of Bicycling and hosts a very successful podcast. He runs his own coffee brand and has just launched a clothing collection tailored specifically for gravel riding. He organises a series of gravel rides and is enjoying spending a lot more time with his kids. He often takes them mountain biking or on bike-packing adventures, sometimes sleeping under the stars in the Dutch dunes.

He has big plans for the future too.

“The dream is to create a big hub in Amsterdam, where every day people can go for their lunch ride between 12 and 1:30 and then have a pasta and an IPA afterwards, with my own coffee and with my partners in the bike shop,” he says.

In the meantime, Laurens is enjoying living the slow life and riding fast around the roads and trails in North Holland, where he has settled with his family.

“My wife and I are from here,” he says. “I also lived for a year in Santa Cruz, and, to be honest, I could have stayed there. I like California, but I didn’t want a divorce. This is the home that we always return to, and every time when I come home, I am happy. We have a really nice house. We have a nice garden. It’s a good place for the kids. More Dutch you cannot get. We’re close to old windmills. There’s a bike path next to the canal, and we are having fun with the kids all the time. They can swim. We have a small boat. The town is pretty close.”

Laurens still heads out to have fun with his old racing buddies too. He is a founding member of Noord Hollands Best, a chain gang of pros and top amateurs from North Holland. They go hard, but make sure to have a good laugh along the way as well. Laurens and Niki Terpstra are forever coming up with new routes. Together, they created the North Holland 100, a 100-kilometre mountain-bike ride through the dunes and along the beach by the North Sea, starting in Bergen. The plan was to hold a yearly race on Christmas Eve, with a pancake for the winner, but too many people wanted to join, and the cops and local mayor got wind of their plans, so they had to do it on the down low. And then there is the Cees Bol Classic, named after Team Sunweb’s up-and-coming sprinter, an iconic gravel route through heather fields south of Amsterdam. It’s not as if they do the same rides over and over though.

When he was a young pro, Laurens never crossed south of the North Sea canal on his rides, because he didn’t know the roads. Now, thanks to Komoot, he never gets lost and can always explore new roads.

“Where I used to go left, Komoot will send me right, and I will discover places that I never knew existed, even close to home,” he says. “For me, it’s the ultimate way to get inspired on the bike.”

When he is creating a route, he likes to include a mix of elements.

“I like the gravel of course. Holland is pretty flat, but if there are climbs, I like to include climbs,” he says. “And I look to the different surfaces on Komoot, how much is offroad and singletrack, in order to pick which bike to use. And I look for nice views. There’s a lot to take into consideration—also the coffee stops, where the bakeries are. And also the wind, so you can shelter from the wind. If the wind is coming from a certain direction, I know exactly the places where I can shelter between houses.”

Experience still counts for a lot.

The next big ride that Laurens has planned is Dirty Kanzelled. He was going to race Dirty Kanza, the massive 200-mile (320-km) self-supported race that is held every year on dirt roads in Kansas and is basically the world gravel-racing championships. Those plans had to be put on hold though, as the race was postponed due to the coronavirus. So, Laurens decided to come up with an alternative with Niki Terpstra.

“The day of Dirty Kanza [May 30], we want to do a 320-km loop from home,” Laurens says. “And we want to inspire people to create a route for that day—320 kilometres from their home, start at 6 a.m., and make it a really challenging one.”

The route that Laurens and Niki have sketched out will take them south through the dunes along the North Sea from Bergen, before skirting around Amsterdam and heading into the heather fields of ’t Gooi, before winding home through the polders of North Holland.

Do you want to take on Laurens’ and Niki’s challenge?

Plan your own route on Komoot today and make sure to tag DIRTY KANZELLED, where all of the rides from around the world are being collected.

And make sure you celebrate afterwards!