Jonas Deichmann is homeless. The German adventurer has ridden the length of the Americas, across Eurasia, and from Norway’s North Cape to Cape Town, South Africa—all in record time. When he is not on one of his cross-continental adventures, he lives on his bike, cycling from speech to speech, as he is invited by business leaders to share the wisdom he has learned on the road. 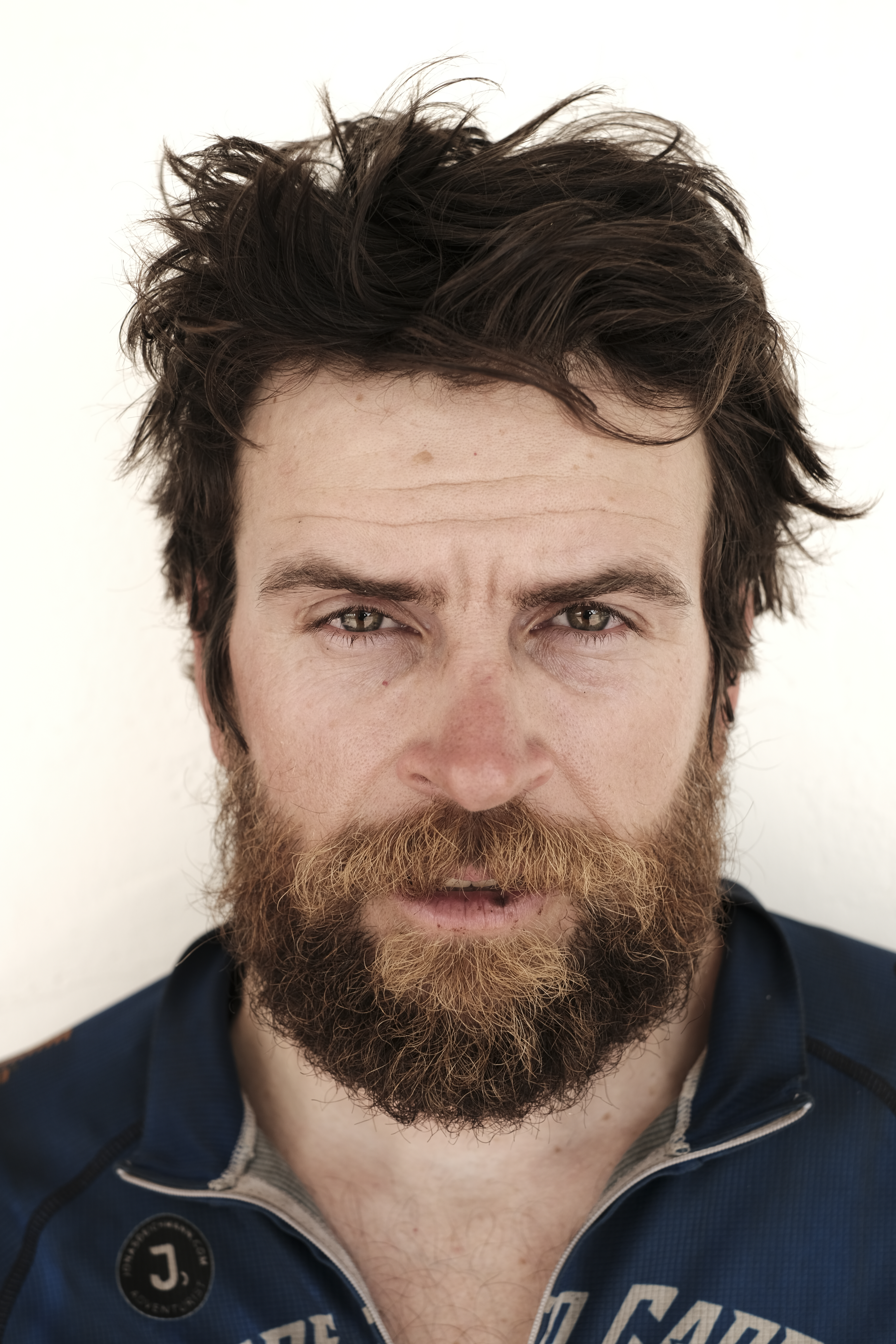 “You need to have the courage to follow your dreams and take risks and act. When you do the right thing, you do something that you really want, and you believe in your success, you’re able to achieve so much more than you would imagine, and that’s something I think a lot of people should know,” Jonas says.

He never imagined that his life would turn out the way it has. He grew up in an active family, but followed a pretty standard path when he was younger. He was studying business in Sweden when he got the idea that he wanted to ride around Earth.

The one-and-a-half years it took him to complete his circumnavigation changed the course of his life.

“After that, I was hooked,” he says. “I thought, why not combine adventure with athletics?”

In July 2017, he set off from Cabo da Roca in Portugal. Sixty-four days and 14,331 kilometres later, he arrived in Vladivostok, having set a new world record for crossing Eurasia.

The next year, he started by the Arctic Ocean in Alaska and rode 23,000 kilometres to the southernmost tip of Argentina in 97 days, setting another record.

And, in 2019, he rode from the North Cape in Norway, all the way through Russia, the Middle East, and Africa to Cape Town in record time. The 18,000-km journey took him 75 days.

Now, he is training for his next adventure: the 360° triathlon, in which he will swim, bike, and sail around the world—a total distance of 40,000 kilometres.

He is looking forward to being on the road again and having to fend for himself in unfamiliar territory.

“For me, it’s a lifestyle,” he says. “I’m close to nature and also close to people when I travel. On the bike, you simply go, in my opinion, the perfect speed. You go fast enough to see a lot of things—it doesn’t get boring—but still also slow enough to interact and really take in your surroundings.”

Travel is unfortunately out of the question at the moment, so Jonas is bunkered down at his dad’s place in Aedermannsdorf, Switzerland. He can’t complain about the surroundings.

“I have been coming to Aedermannsdorf, which is a small village in the Jura, for 15 years, so it is a bit like home,” he says. “It’s beautiful. From the house, you can climb directly up to 1,300 metres on small roads. With a clear sky, you can see the main chain of the Alps.”

The Jura mountains, which straddle Switzerland’s French-speaking and German-speaking regions, along the country’s western border, are not as high as their alpine cousins, but they have a rugged charm all their own.

“The highest climbs are around 1,500 metres,” Jonas explains, “but you have a lot of small and very steep hills. And a lot of forests. The riding conditions are very good, with nice, small villages and towns. You know, Switzerland did not have a war for hundreds of years, so it is in much better condition.”

Jonas’ favourite route in the region criss-crosses the Jura.

He uses Komoot himself when he travels. “If I go to a new city to, for example, give a speech, and I don’t really know anything about the place, I will look at Komoot and see what other users have done around that area, so I can find a nice route or nice run, which I otherwise wouldn’t be able to find,” he says.

A good route for Jonas Deichmann includes a few characteristics: “There should be little traffic—very, very little traffic—it should be out in nature. That, for me is very important,” he says. “I like small roads out in nature. It should have some kind of exploration in it. I like to go see something new, go somewhere I haven’t been before. For that, Komoot plays a big role. And it should have a lot of climbing. I simply love the mountains,” he says.

In Aedermannsdorf, there is no shortage of mountains. And when Jonas isn’t going for records, and doesn’t need to follow the shortest route from A to B, he always tries to go the most beautiful way. He’ll make a route and then save it as an offline map, which gives him the flexibility to improvise on the road.

He recommends that you do the same with his route when you’re next near Aedermannsdorf.