Building Bicycles
It's okay not to be okay
Stories 3 min

[Europe from North to South by Bicycle] 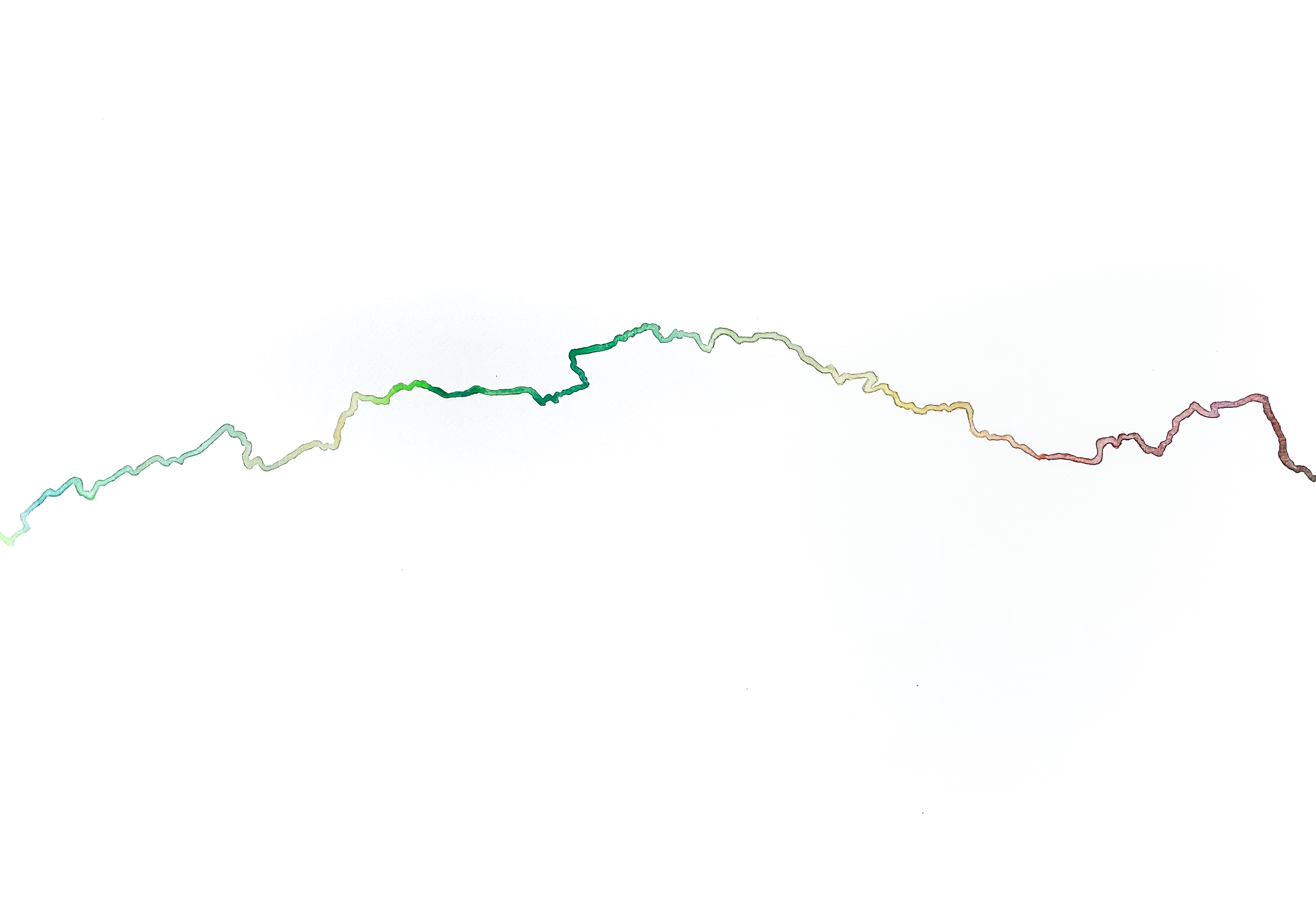 “…her spirit seemed hastening to live within a very brief span as much as many live during a protracted existence.”

The typical quotidian existence inherently dictates a limited amount of visual and intellectual input in most cases. We see largely the same demarcated views each day, our activities confined to a certain radius. We are focused on the tasks in front of us in the spaces dedicated to our jobs. We have our working goals, and we do our best to find purpose within them. Naturally, we tend to carry this mentality into our bike riding. We are relegated to a finite number of routes beginning from our front doors or local clubs, we focus on the Wahoo or the wheel in front of us, and we have our riding goals, finding purpose in data.

But put us on a bicycle adorned with a couple of packs, set us out on a journey, and this mentality suddenly and magically evaporates. We pivot toward adventure. We are free. All is simple, and we give ourselves permission to live fully in the present.

My own adventure began at my front door outside of Amsterdam and pointed me towards Girona, Spain. I traversed a good part of the European continent in only ten days, but lived what felt like ten lifetimes. When one’s days become a constant stream of visual information in a completely different tenor than an Instagram feed, time is somehow elongated. You encounter untold landscapes emerging, advancing, converging, then giving way to the next. It’s discursive, but in a way that confronts you at once, more like a continuous crescendo of a symphony than a single string of notes. So much living happens “within a very brief span.”

Because ten lifetimes is a very long time to condense into a text, I fall back on the visual to tell much of my story: 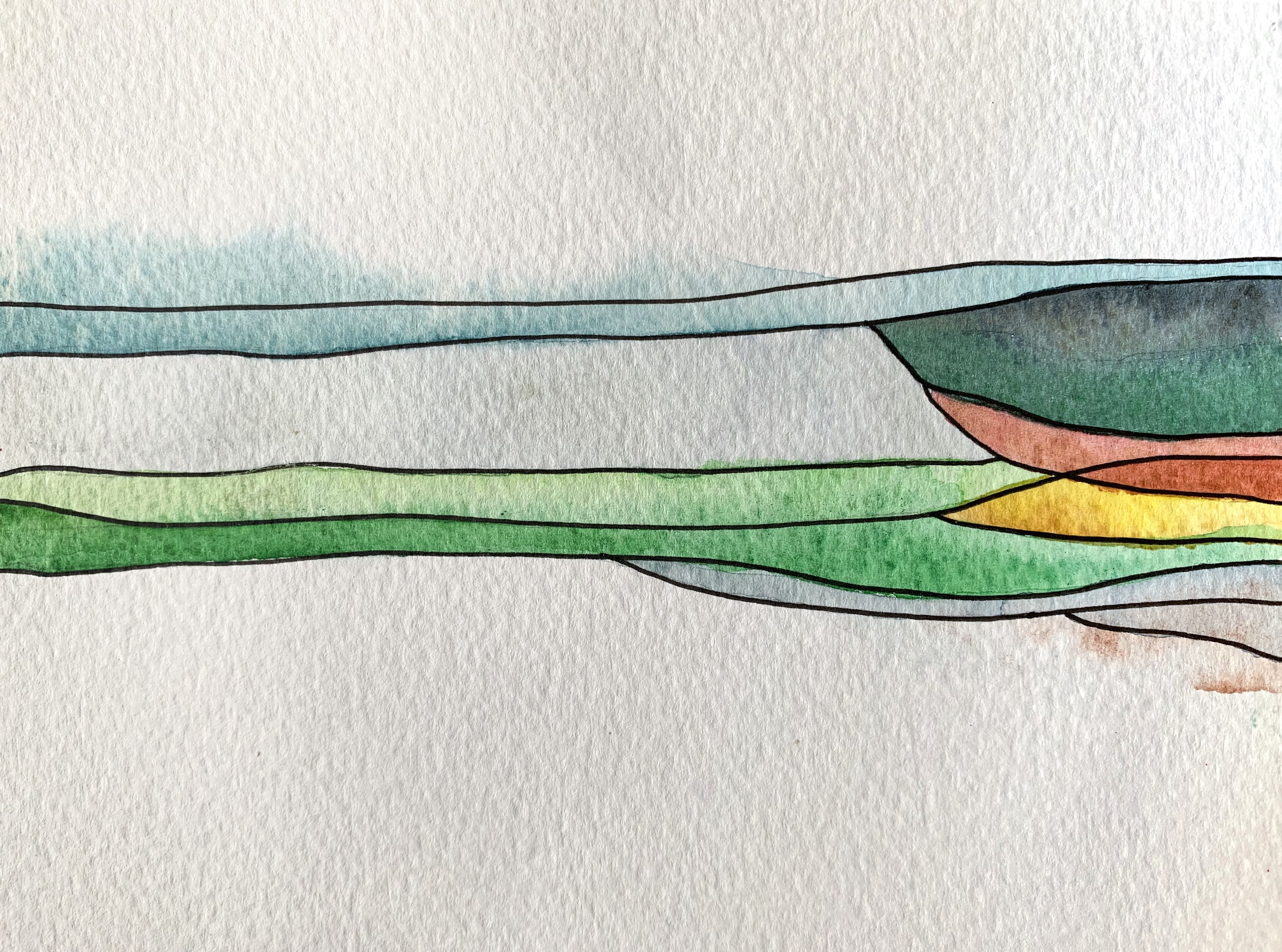 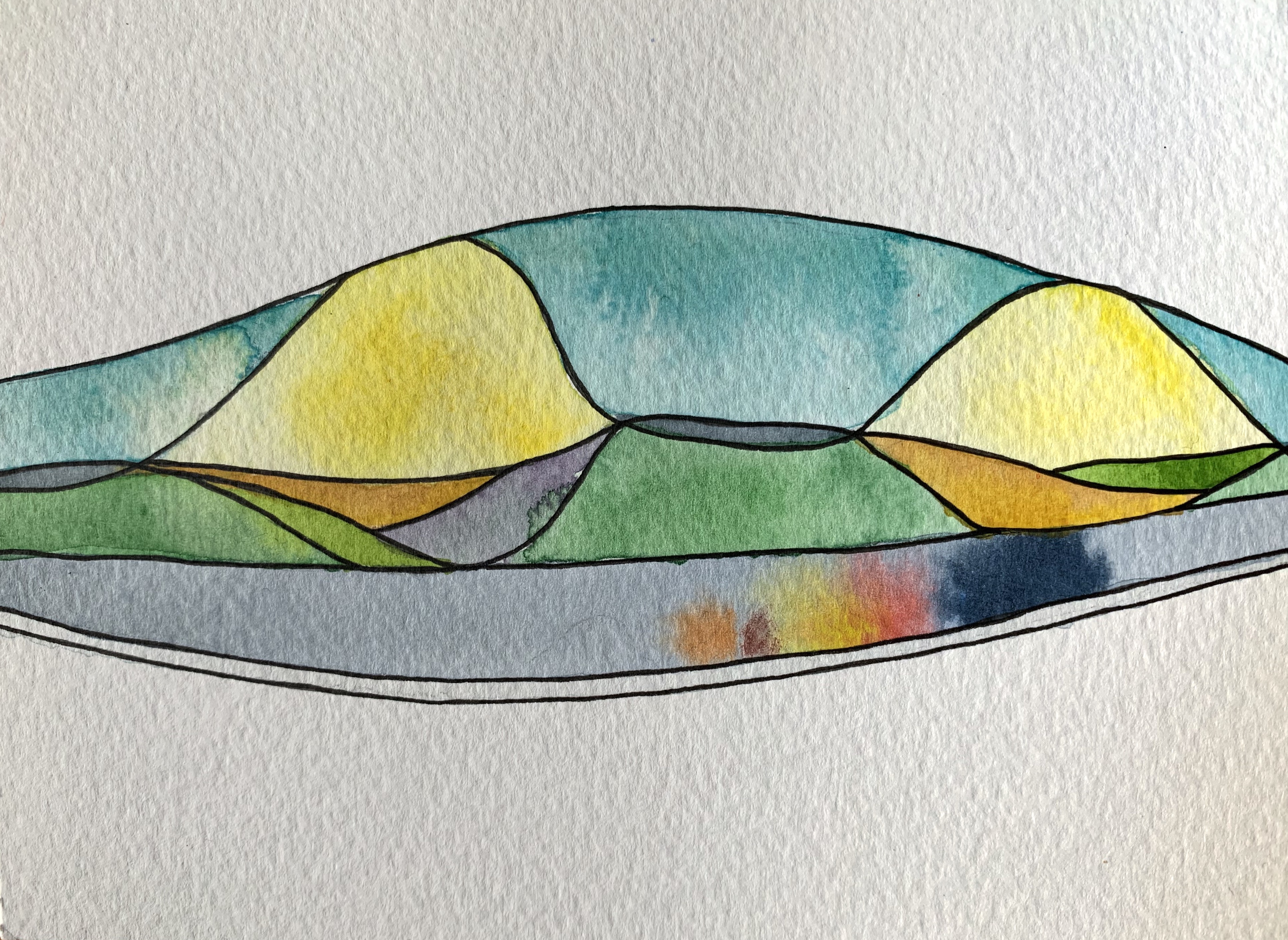 The longest, straightest bike path I could ever imagine, crisscrossed only by the occasional village or farm road, the tunnel of dense foliage periodically giving way to wide views of rolling agriculture which felt like explosions of air and space. 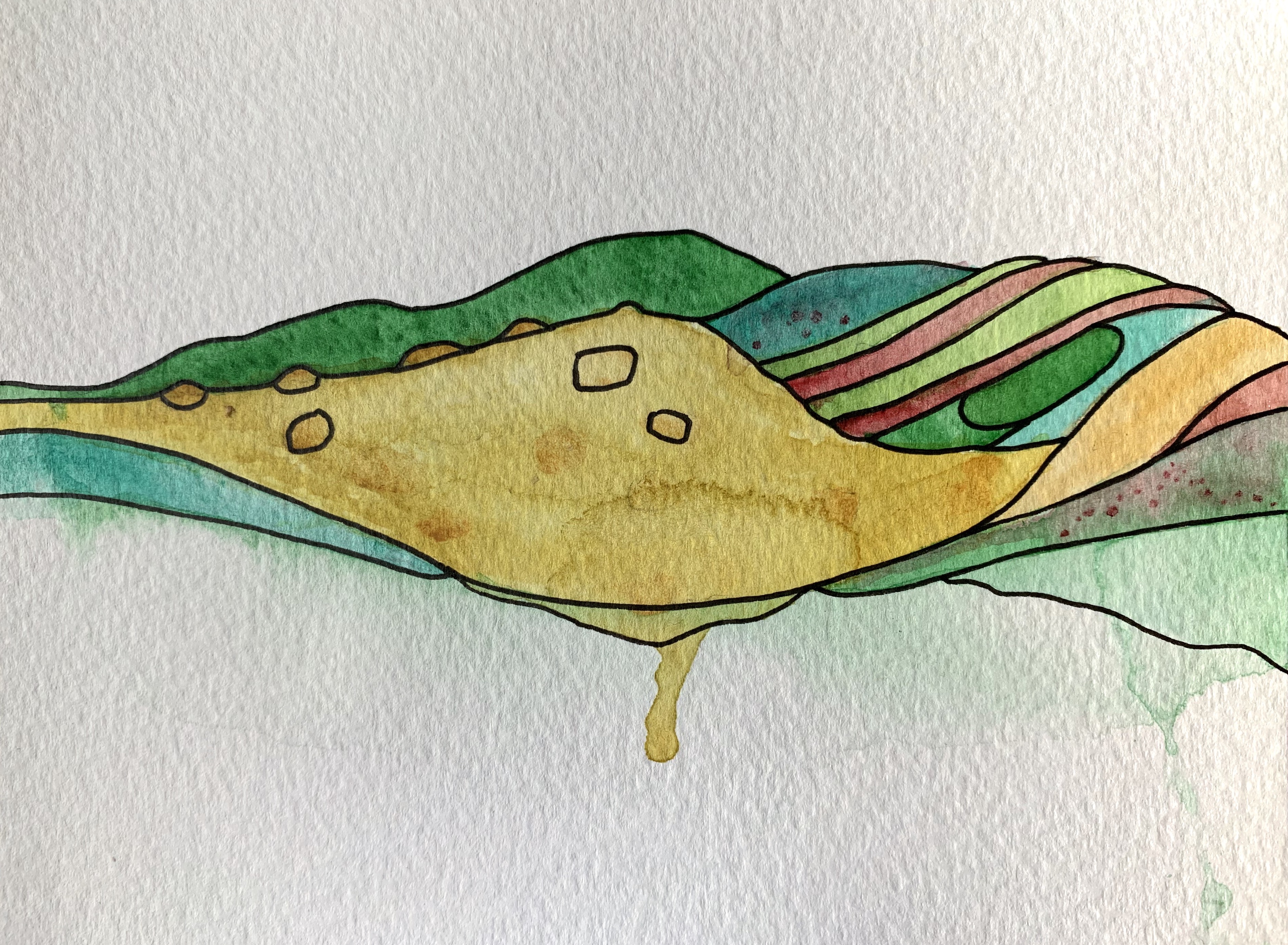 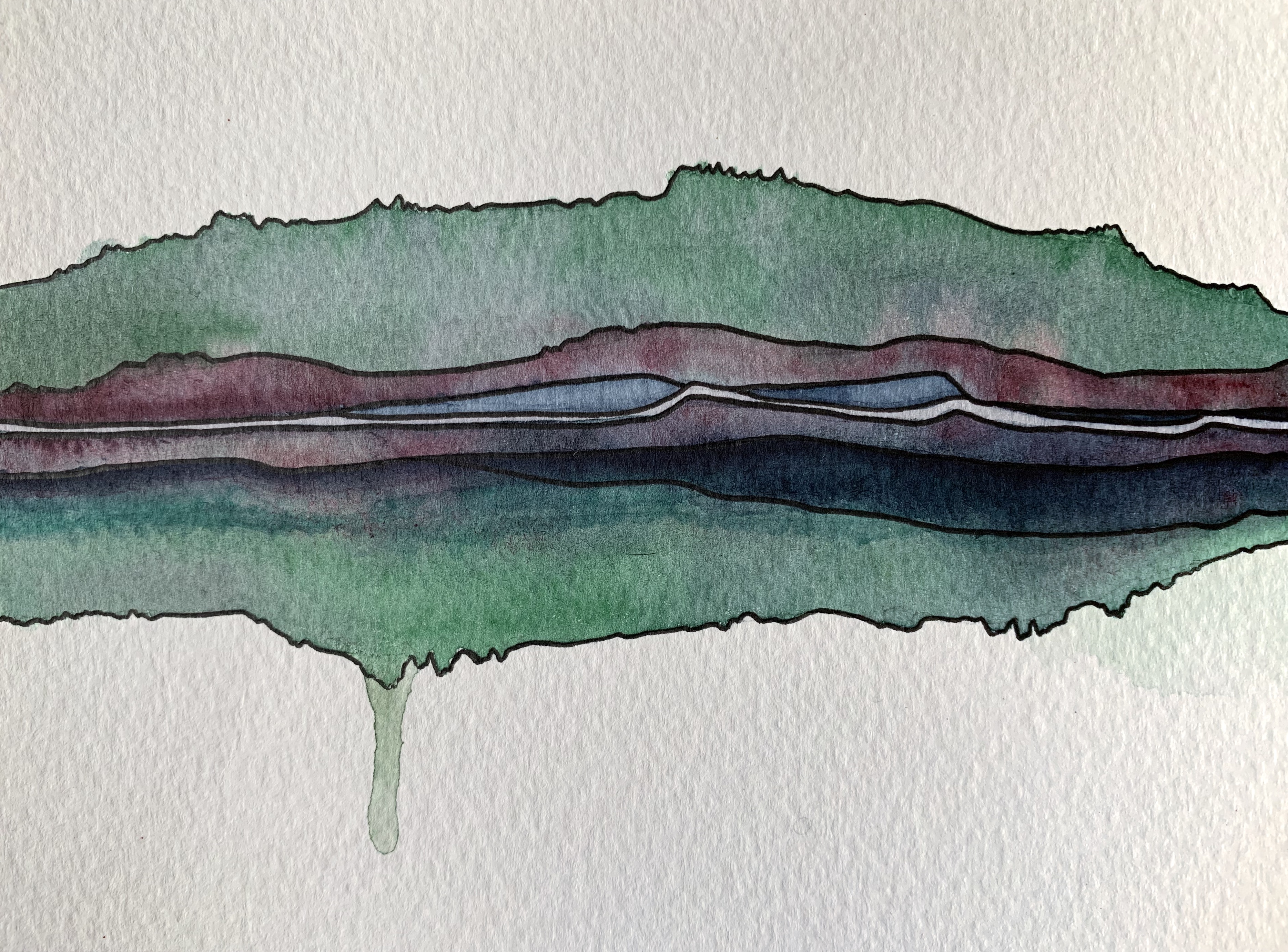 A forest as old and dense as the earth from which it grew, bisected by a single gravel road, so silent I can’t help but feel I am interrupting something sacred. 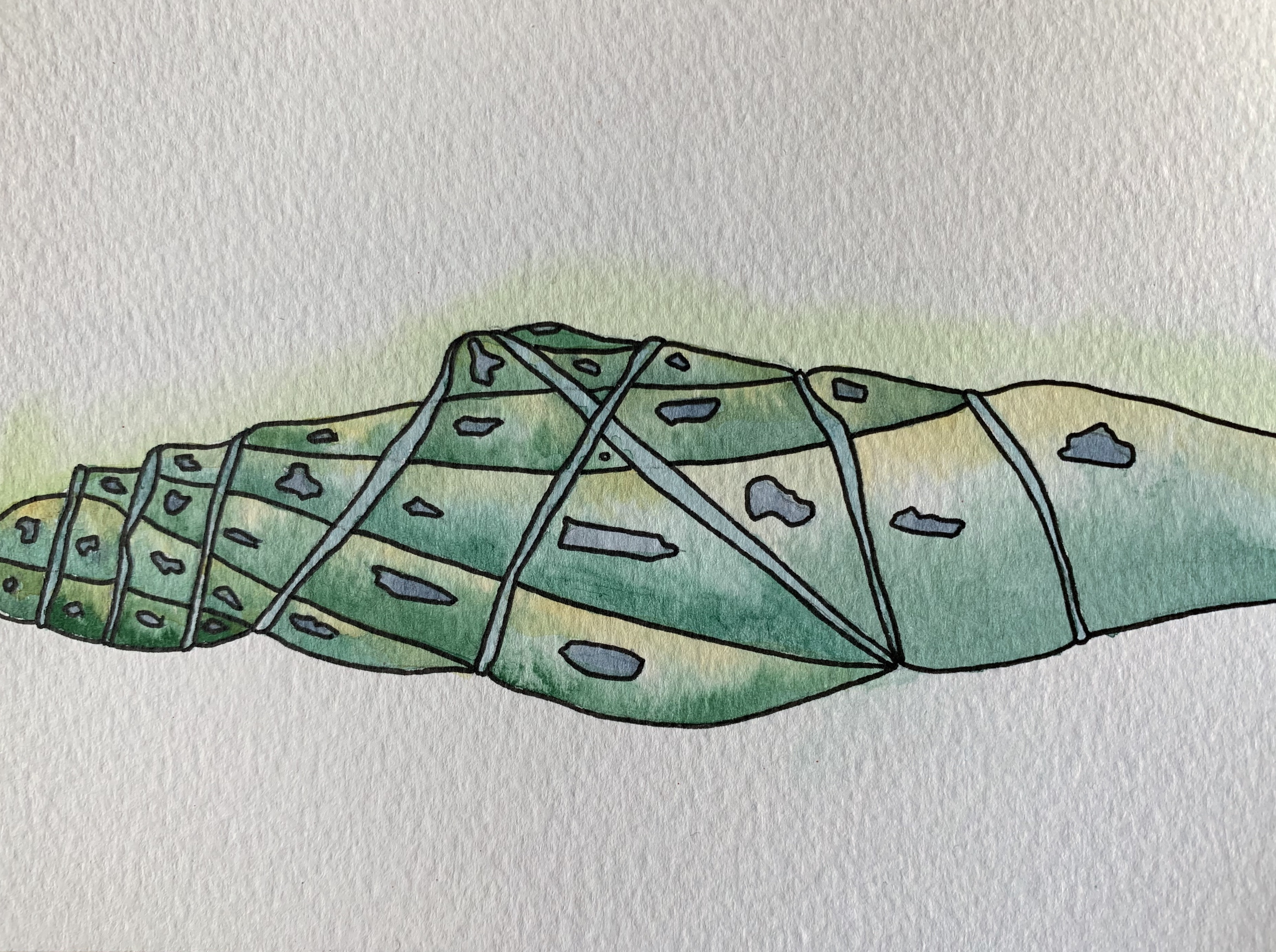 A patchwork of greens and golds draped over gentle undulations, each patch boasting its own story of a castle or a chapel or a charolais, all stitched together by ancient stone walls. 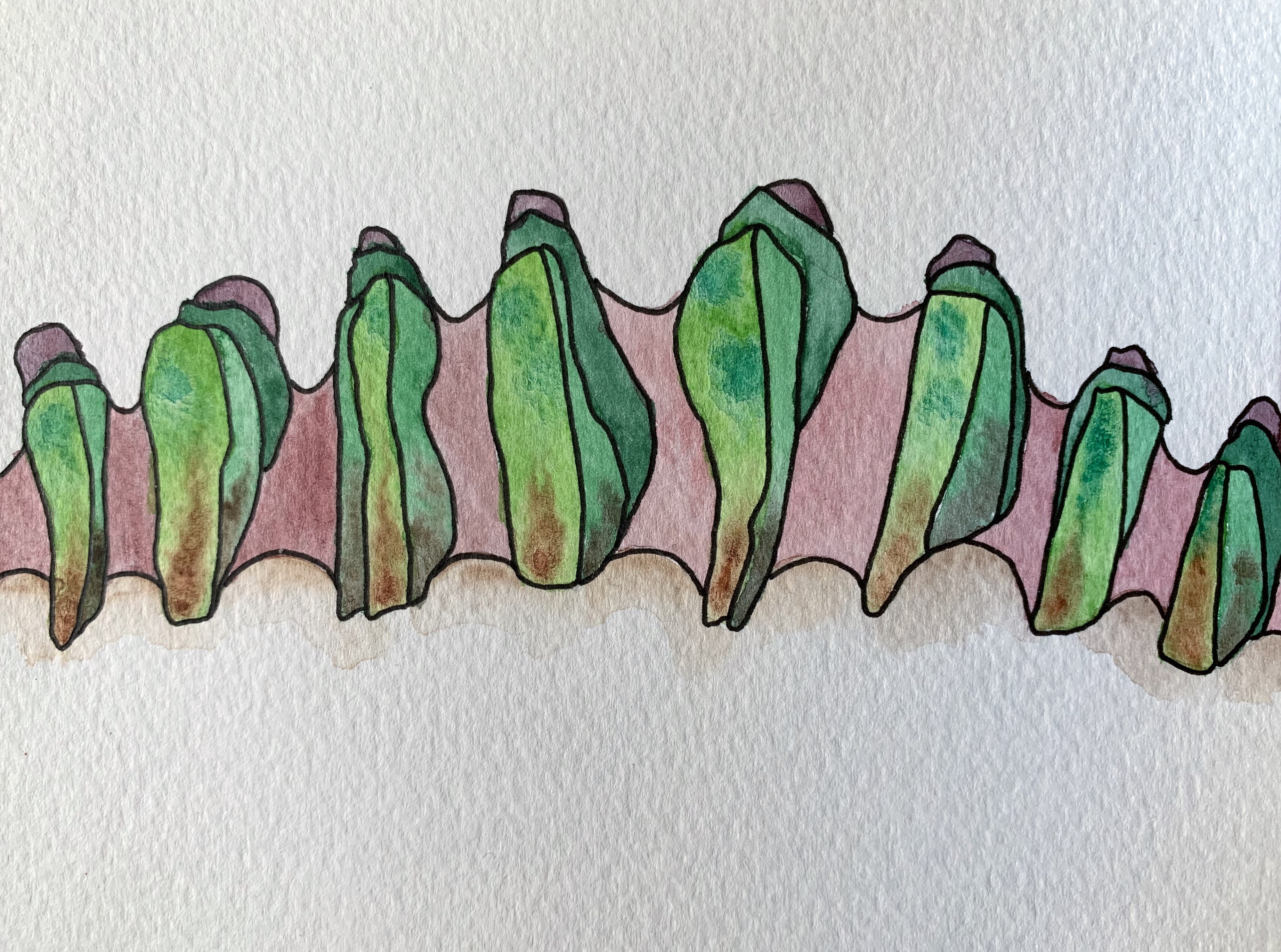 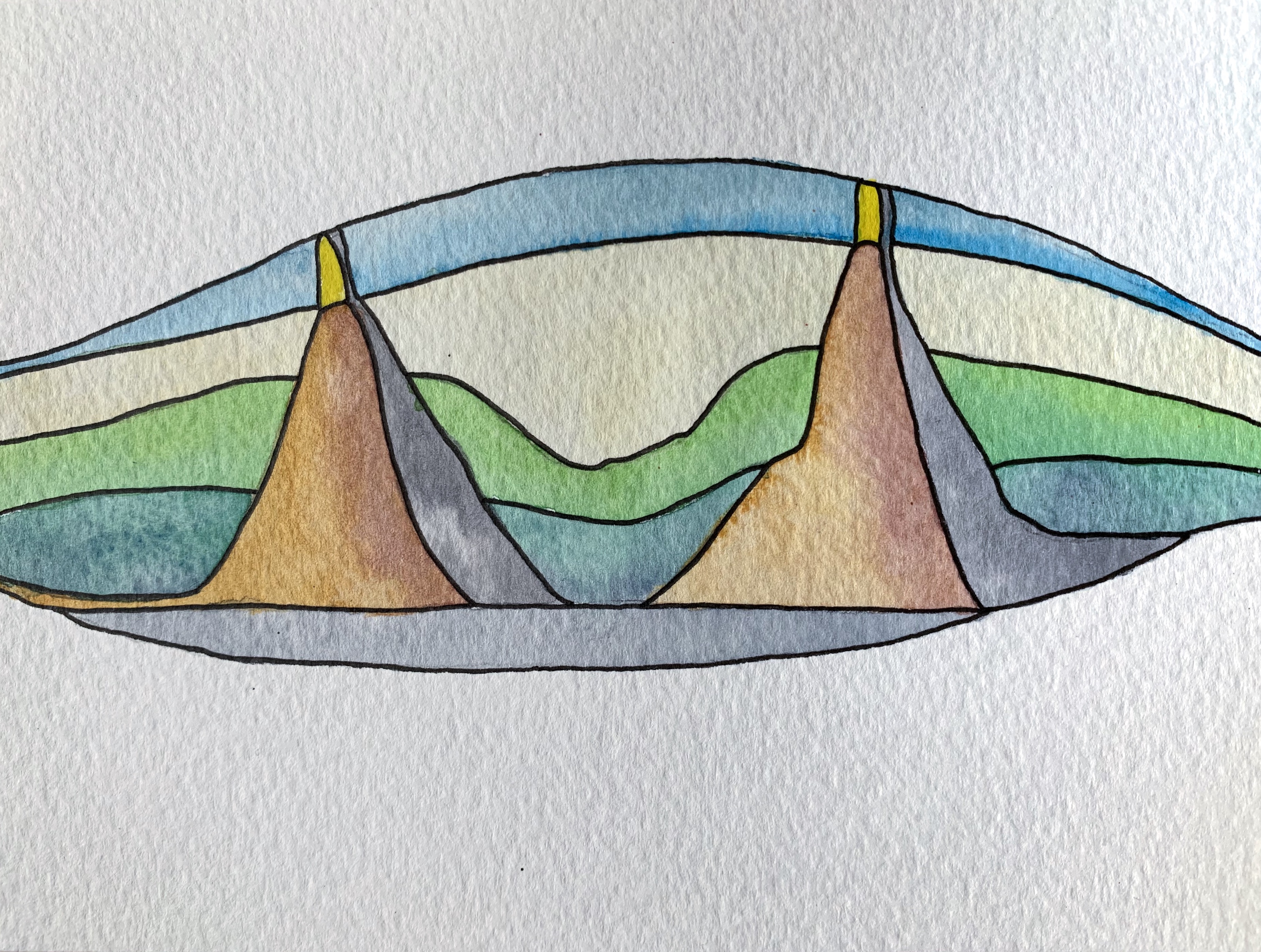 Stone pinnacles so solitary and lofty that the religious relics perched precariously on top almost achieve their heavenly reach. 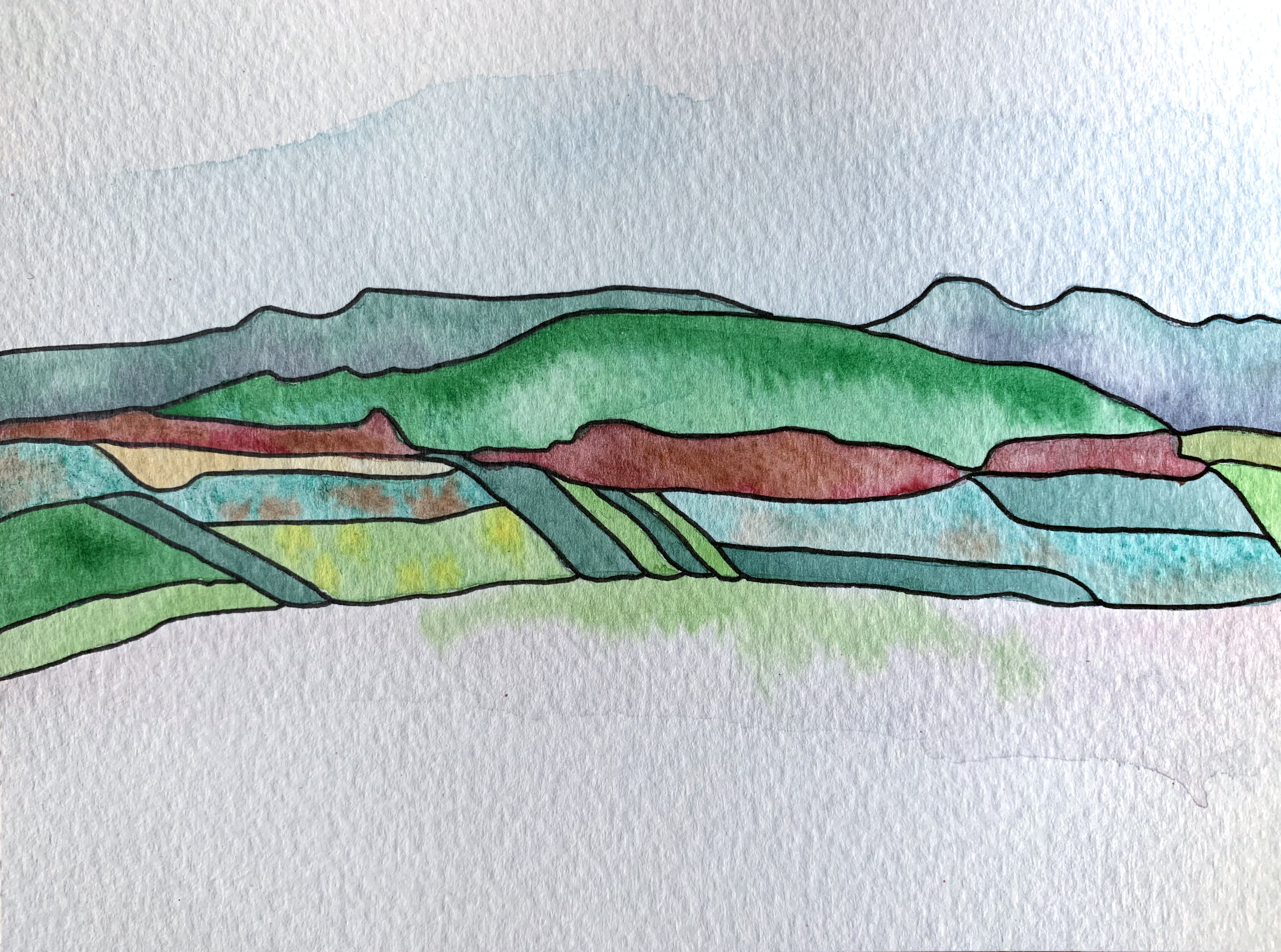 Almost-mountains receding into the atmosphere behind valleys that, when seen from high and far, are maps the size of the world. 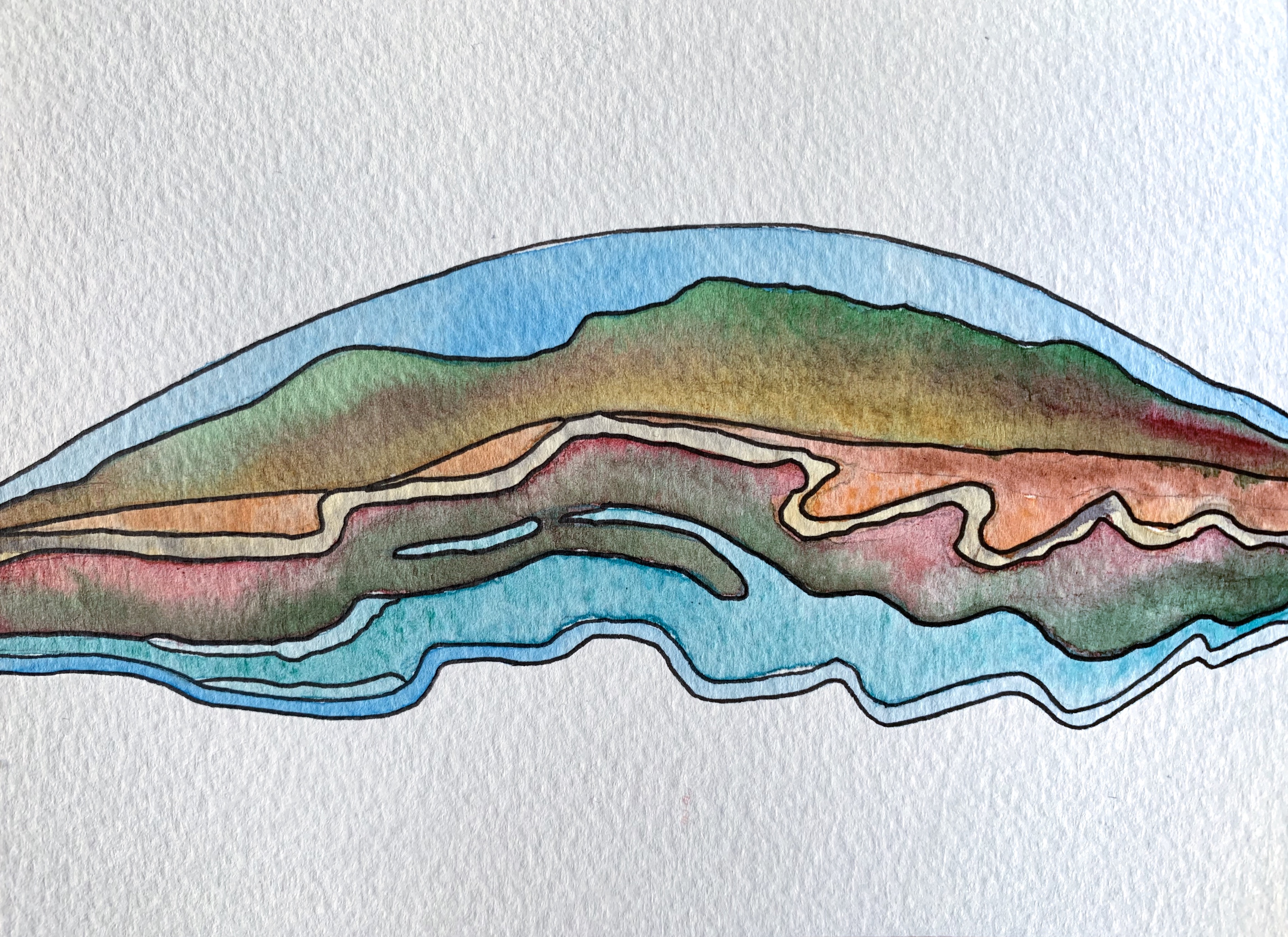 A road cut into the cliffs, synchronised with the bends of the river far below, which mirrors the blue of the sky in infinite perfection, and I am suspended in the hot air between. 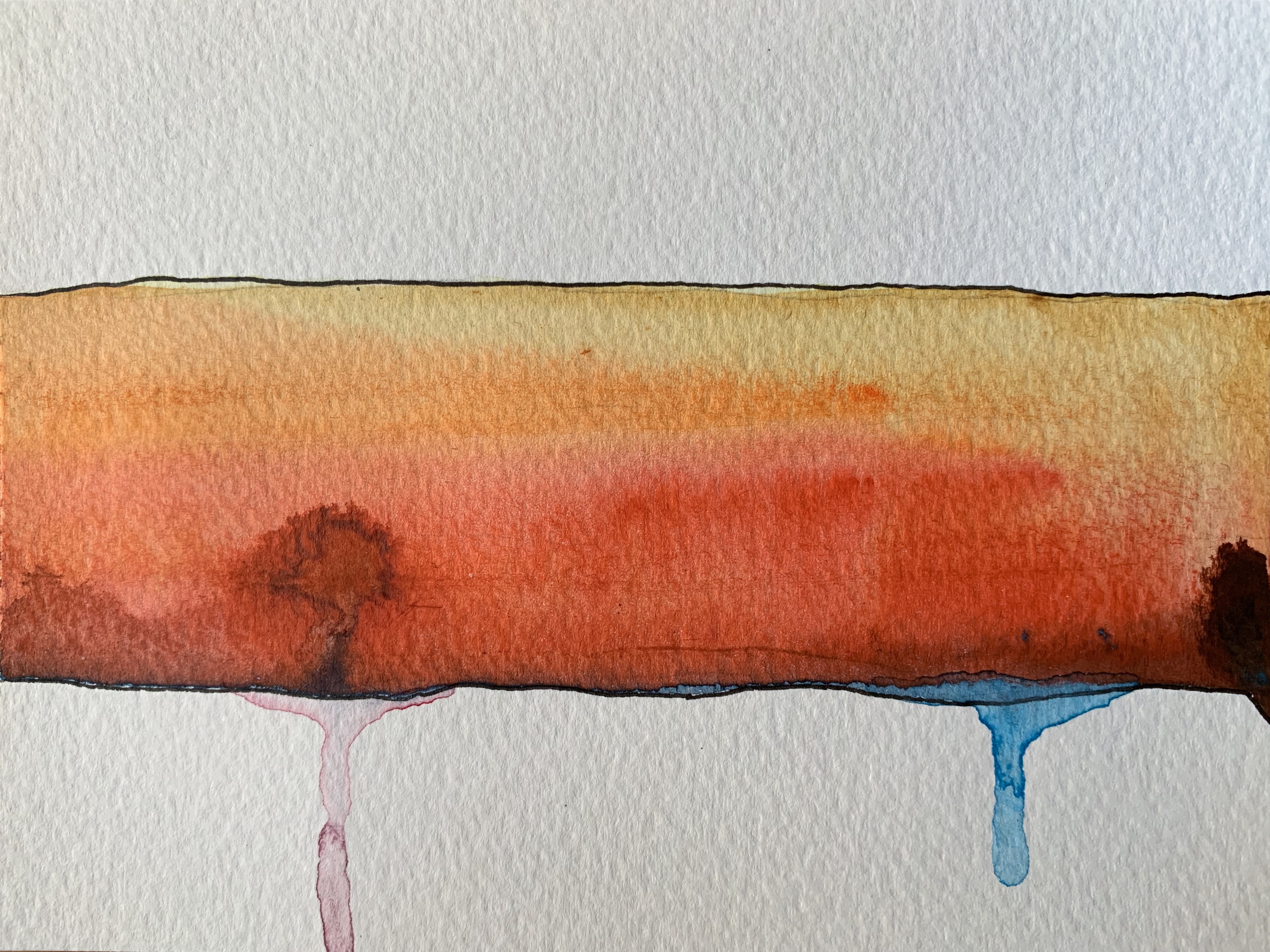 Heat, just heat, and nothing else. 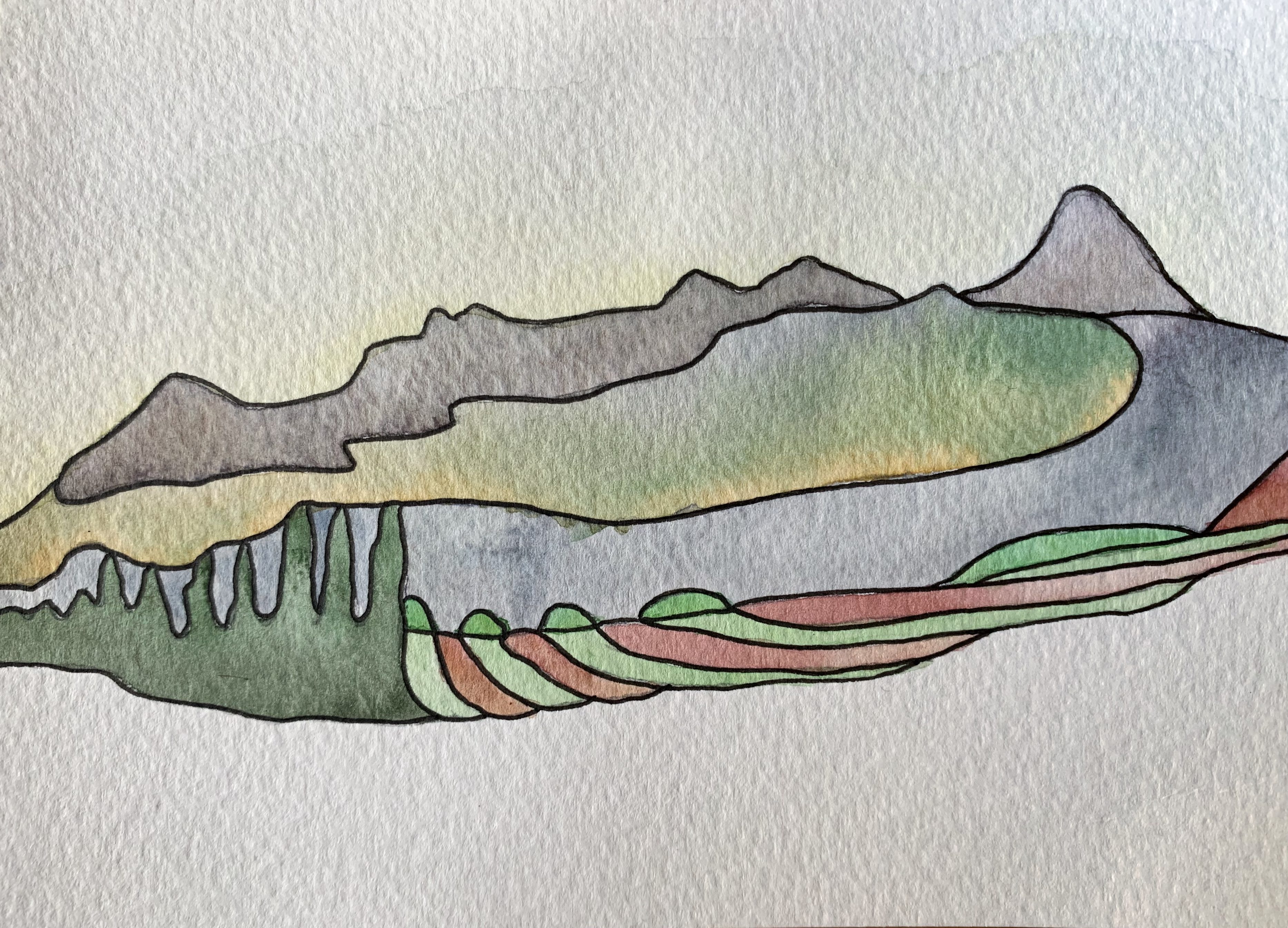 It feels a bit irreverent to concentrate so much salient existing into a few moments, but this is the nature of traveling by bicycle and attempting to articulate the experience, as anyone who has done it will know. Capturing the romance of such an endeavor feels inadequate at best, impossible at worst.

Despite the misadventures, complications, suffering, helplessness, frustration that inevitably occur, living for a time in blissful simplicity and the ability to be present, allowed for by having all your needs met by what is right there, within or as extensions of your body, or having to draw on one’s resourcefulness in the moment changes a person. It leaves one suspended between what is possible and what is reality, and we are forever with one foot on the pedal of that experience.