When you are working in, or interacting with, the cycling world, it is quite difficult not to come into contact with some bike, bike part, or item of clothing that has been made to order. Think frames, eyewear, jerseys, shoes… you name it and it has most likely been created in a one-off fashion for someone, somewhere. Quite likely too, have been the looks of either jealousy or derision—depending on the item and the owner. Such is the world of custom-ordered things, but not just within the world of cycling. There are those who have and those who do not have, those with style and those that have their style chosen for them. There are those in the know and those who have not yet caught up. An exclusive club of individuals who make it past the doorman in Mayfair, and everyone else. This elite world of made-to-order items usually exists in a bracket slightly above what is normally affordable and, as such, it runs the distinct risk of carrying an air of superiority. A whiff of Savile Row and the discerning gentleman. This is the world of the bespoke item.

b: dealing in or producing custom-made articles. 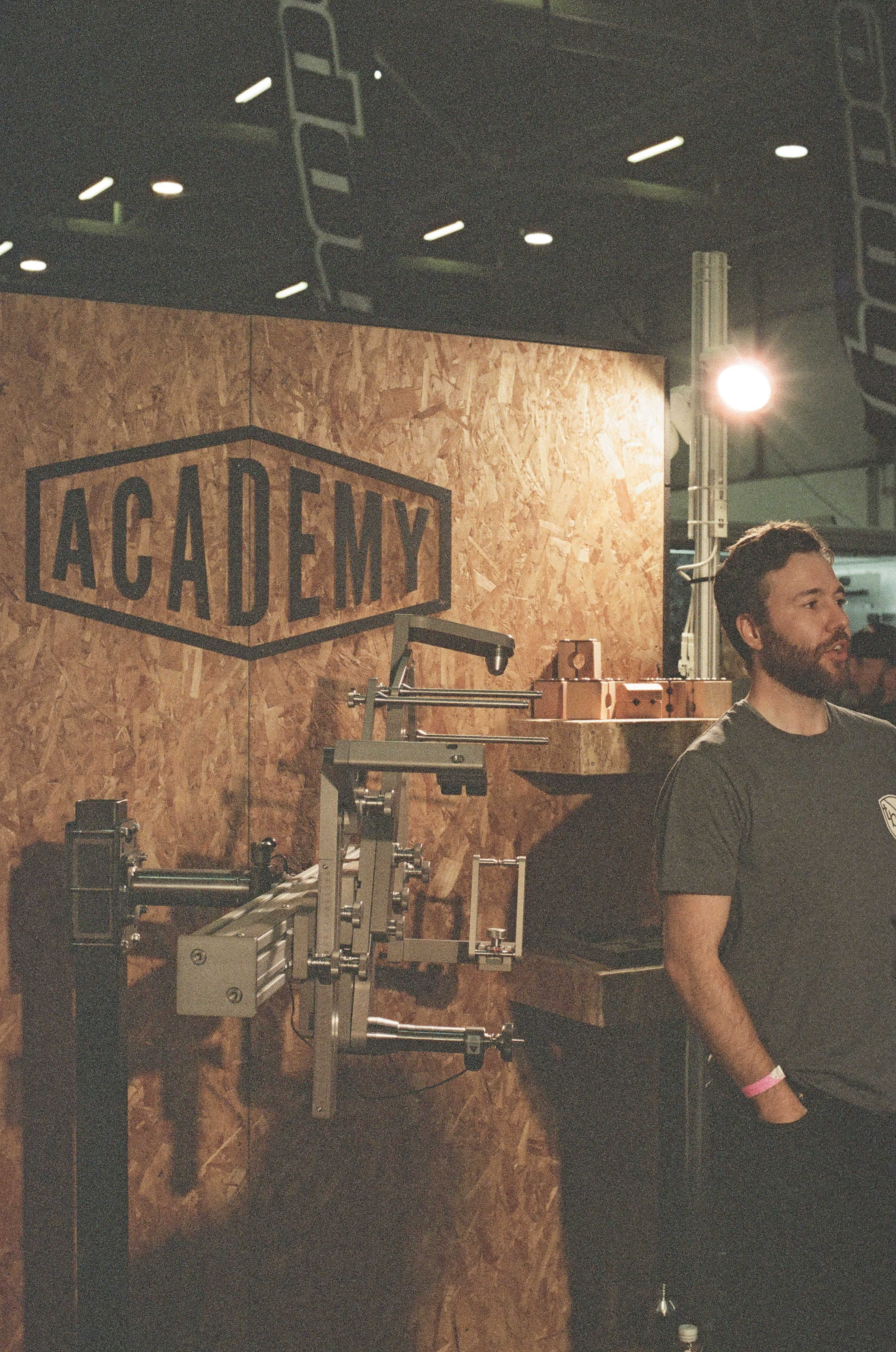 It is not, however, always so. As is often the case with the bicycle and its legions of devoted followers,  there are those who deliberately go their own way and warmly welcome both the uninitiated and the experienced. There are people who don’t discriminate in the rim vs disc debate or care whether steel is real or carbon is quicker. There are people who are just in it for the ride. These guys and gals are out there somewhere, right?

Right. A collection of these individuals could recently be found at the Harrogate Convention Centre in the United Kingdom, where the 10th anniversary Bespoked Handmade Bicycle Show was held. Although smaller than the previous iteration (2020 was, perhaps unsurprisingly, cancelled due to covid-related complications), it was widely considered to be a success. Talking to many of the exhibitors, this was due to the enthusiasm of bringing the band back together despite the difficulties presented by both the global pandemic and Brexit. The show was a much needed shot in the arm for the community. Despite regulations that allow for group riding, cycling alone is not quite the same as coming together to share work, ideas, and a beer or two (or more, if you are the infamous Ted James). Riding is a shared love, but it takes more than a ride to build a community.

A community it surely is too. When in discussion with various builders, component manufacturers, and material suppliers, so often did they not only know what others had brought to the show, but they also knew one another personally and quite well. It was clear that relationships between groups were both strong and necessary. Andrew Jones, of Moss Bikes, highlighted his relationship with Reynolds when he was discussing his men’s-world-land-speed-record-breaking bicycle, the Silver Eagle. For this one-off frame, some regular design was not going to be sufficient and the project called for 3D printing of certain parts. This came about at the time that Reynolds began to explore their own 3D printing capabilities and needed a test project. Conveniently, not only due to their close geographic proximity to one another but also due to their long and cultivated relationship, a happy collaboration was able to come to fruition.

This British tradition of high-performance collaboration should not come as a surprise, as the radical Hope x Lotus bike has turned heads ever since its introduction for the Tokyo Olympics. In discussion with the team that built the bikes with their own hands, the enthusiasm at having the opportunity to work with a “high-performance sporting programme that is Team GB [at the Olympics]” was palpable. While the rest of us looked on at this radical new design as perhaps something world breaking and unfathomably scientific, the team behind it were mostly acting like giddy schoolboys when holding the latest piece of ultra-high-tech carbon fibre sheeting. “Everyone in this building is passionate about what they do…it’s all just fun projects”, says Sam, one of the design engineers behind both the track and subsequent road-legal TT bikes. Of course, when you’re an aftermarket company that was confidently able to sink £2 million into their factory floor–with an increase of 25% production capability despite a demand growth that is even higher–during the pandemic to make sure their in-house capabilities were able to keep up with demand in a trying time, then perhaps fun projects are a little more accessible. 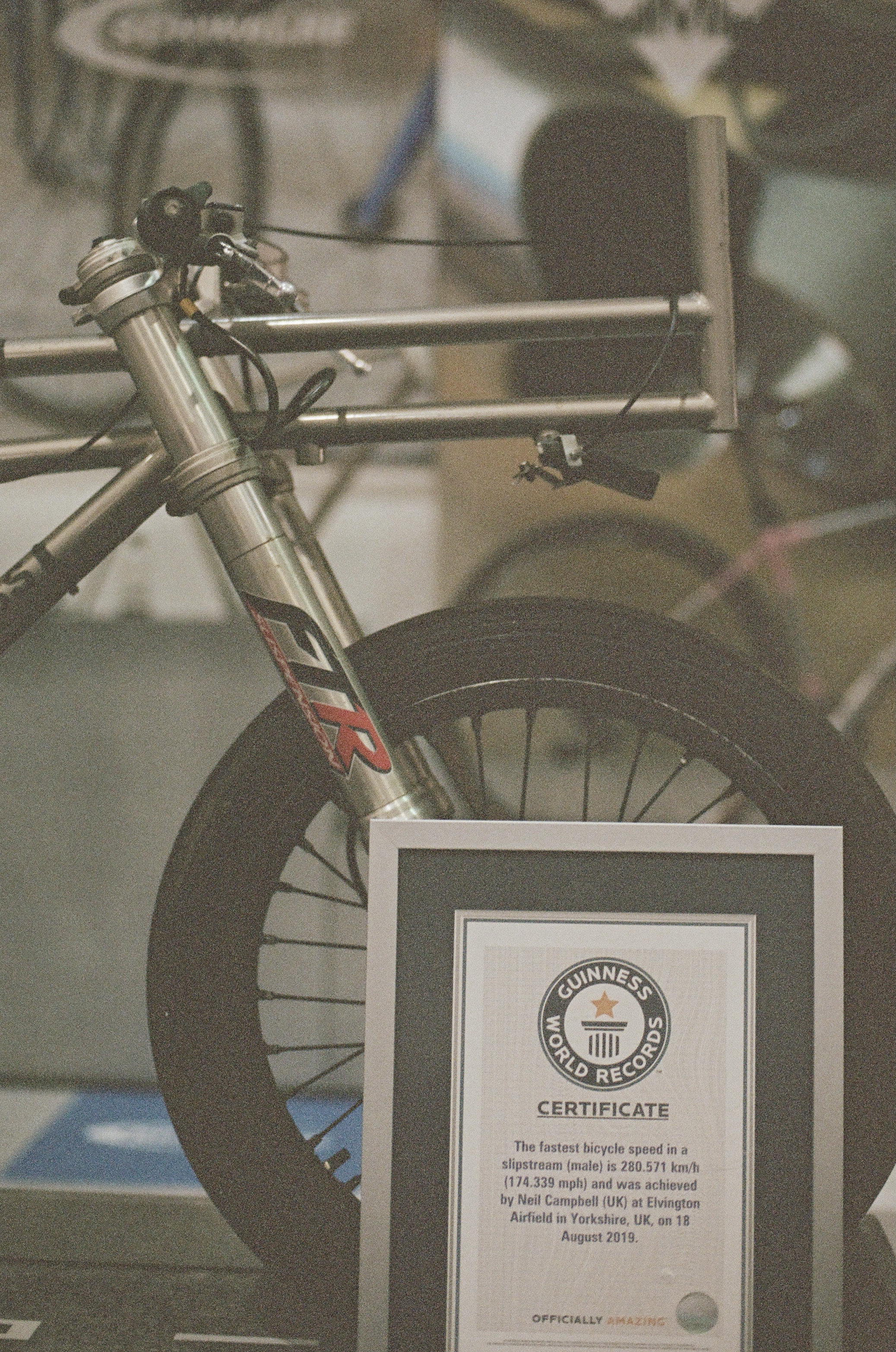 But what of the others, who do not have such resources readily at hand? Well, according to Pi Manson of Clandestine, massive demand is not necessarily ideal. With his utilitarian beliefs about the everyday necessity of a bicycle, Pi reckons that his idea of an ideal bicycle is one with multiple uses. Why not have a frame built that can go off-roading like a modern gravel bike, but can also nip around to the shops for  groceries? Why mass produce hyper-specialised bicycles when a one-frame-fits-all-purposes one actually does the trick? Provided we don’t fall for modern cycling marketing hype of course. With this ethos, Pi claims that he is happy enough to build a handful of frames a year to cover his costs and have fun when he goes out riding. Looking at some of the beautiful builds, uncomplicated yet clearly functional (he only uses single-colour powder-coating jobs, so that “it doesn’t matter if it gets scratched around town, you didn’t pay a fortune for it anyway”), it’s easy to see that there is a market that wholeheartedly agrees with him.

Pi is not the only one who bucks the trends set by the Treks and Specializeds of this world. Ricky Feather of Feather Cycles, a builder who has attended nearly every event so far, builds bicycles that range anywhere from £5k-£13k, but says he can’t afford to ride one of his own bikes. What makes his bikes so pricey though is the level of attention he pays to the small details on custom builds such as an Audax-ready TT bike built with on-board rear lights and the owner’s brothers ashes in the paintwork and top-quality stainless steel frames with carbon seat tubes–a fairly uncommon feature but one entirely driven by customer desire. “My friend and riding buddy George has wanted a frame from me for years, but wanted something different. So we got discussing, he is an engineer by trade, and he convinced me to test out something I had been wanting to do for years”, says Ricky. To show how small and tight-knit the community is, George was present all weekend to welcome visitors to the Feather stand and provide some much needed support–despite the many challenges a hangover from Cold Bath Brewing, the host brewery and Mexican street food restaurant for the show, may have had in store for the builders and their entourage.

It is exactly this community-driven and shared passion that gets the builders up in the morning. Ricky Feather puts down the recent success of cycling in the UK down to “the Olympics and Bradley Wiggins and stuff…”, whereas Andrew Jones gets his kicks from his Design and Technology classes, where he is teaching high-school-aged scholars the skills to use tools to create their own bicycles–or what he terms the dark art of frame building. But it is more than that; his initiative, Life Bikes, teaches more than just a manipulation of the dark arts; it teaches school-aged youngsters the importance of sustainability and ownership. By creating something with their own hands that they can actually put to a good use, rather than just buying and disposing, life lessons are imparted too. This is something that has since come full circle for AJ, as some of his past pupils have gone on to study design engineering at a tertiary level and have returned to his team to tackle a Silver Eagle II and have another crack at the men’s land-speed record. This involves 3D digital rendering of the current Silver Eagle, virtual stress testing, and aerodynamic assessments, and a team re-think on the design for the second attempt. All of this in order to go further than previous bit of spit and polish that got AJ and rider Neil Campbell up and over 281km/h. As AJ tells it: “There is a culture in the UK of the man in the shed…out there breaking records. That is the dream. But my argument is, [with this next phase of the project] we’re going into the unknown here. Like, really really deep into the unknown. We need some science”.

After having met and chatted to frame builders, parts manufacturers, film makers, various friends and support crews, and a load of geeky bicycle enthusiasts with extravagant facial hair and a penchant for an IPA, perhaps my initial assessment of bespoke isn’t quite up to scratch. Perhaps there needs to be another quiet definition in the dictionary, to reflect what is going on in the (not so) quiet world of bicycle enthusiasts:

a: a community that lives and breathes bicycles, in all shapes, sizes, and intentions, without judgement or derision

b: a mentality that bicycles are there to be ridden, with that purpose in mind 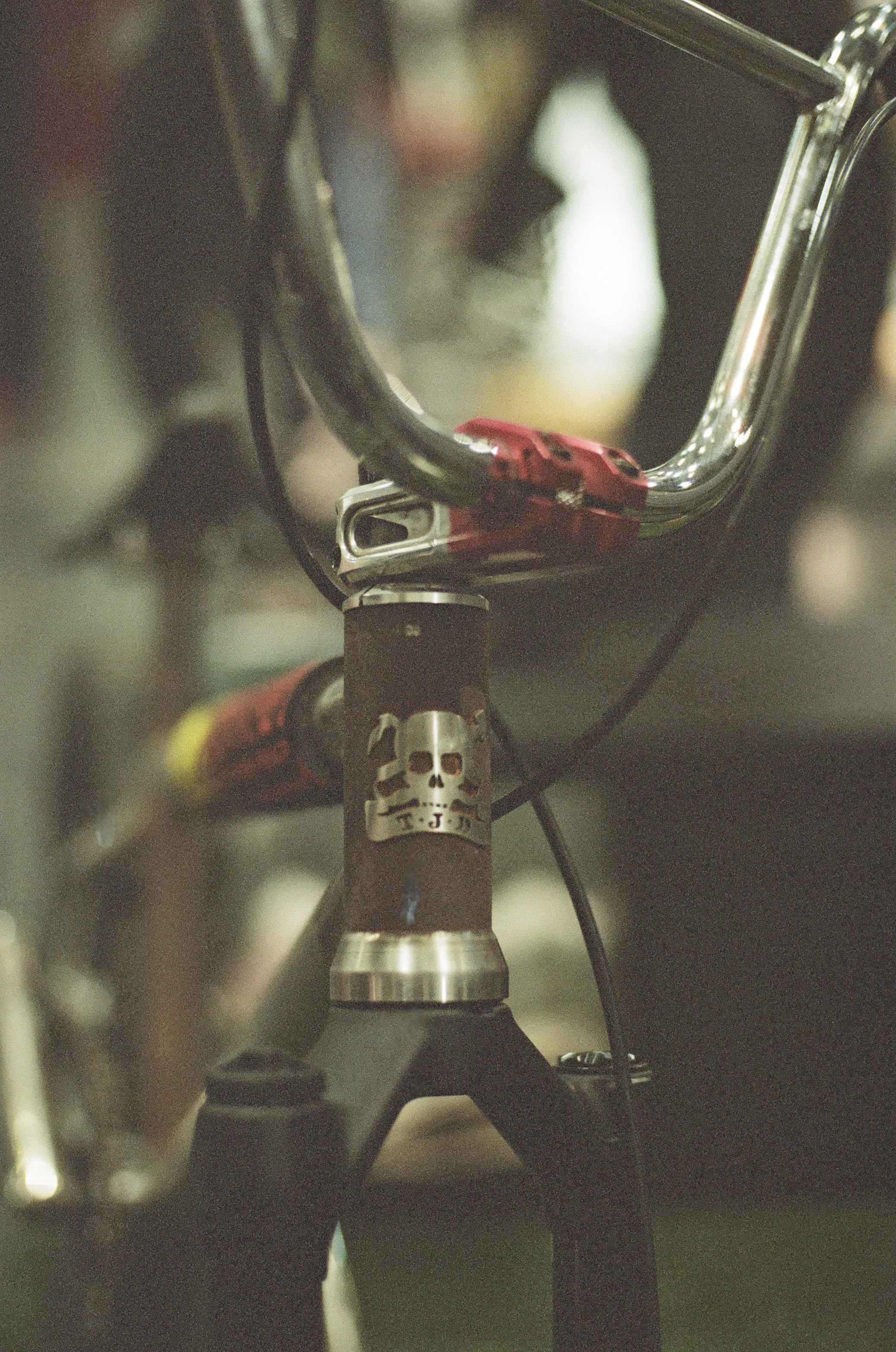