“In a sense, Toronto Hustle occupies the role of underdog. Without substantial corporate budget and in the absence of 30 hour training weeks, the riders face an uphill battle in the North American professional peloton. But, coming in at the ground level gives an interesting perspective when looking up at the established giants of the field. They say the cracks are always visible from below, and team management brings a fresh set of eyes, nimble responses and potential solutions to a sport that has been slow moving with respect to change and innovation.

Despite all the ingredients to captivate the hearts and minds of many, North American cycling has struggled to find mainstream success. There are examples of incremental improvements with the growth of Tour of California, Tour of Alberta, and the US playing host to the World Championships in 2015, but cycling largely remains a sport regulated to the periphery for most sports fans. There is a growing divide in main stream coverage for racing — those races that have it and those that don’t. All of this points to the need for more compelling coverage, media, and access to the athletes. Something more personal, with a universal and relatable narrative. Many other leagues have done an admirable job at providing this kind of access and character development, the sport of cycling needs to cultivate a fan base that goes (far) beyond other bike racers.

Toronto Hustle is a first year project that aims to fill this void. Central to the approach is a new webseries entitled HOLDFAST. Each 15 minute episode will shed light on the highs and lows of racing in the North American professional peloton. For many of the athletes at this level, it’s still a constant struggle to balance training and travel with commitments to full-time jobs, family, and relationships, while saddling the financial obligations associated with all of the above. It does however provide the team with an opportunity to carve out space in the crowded sports market. Toronto is a global city, with a majority of residents born outside Canada. This diversity is seen as a strength, and the team has sought out riders, and partners, that embody and reflect the values of the city and the project — a point of pride for all those involved.” 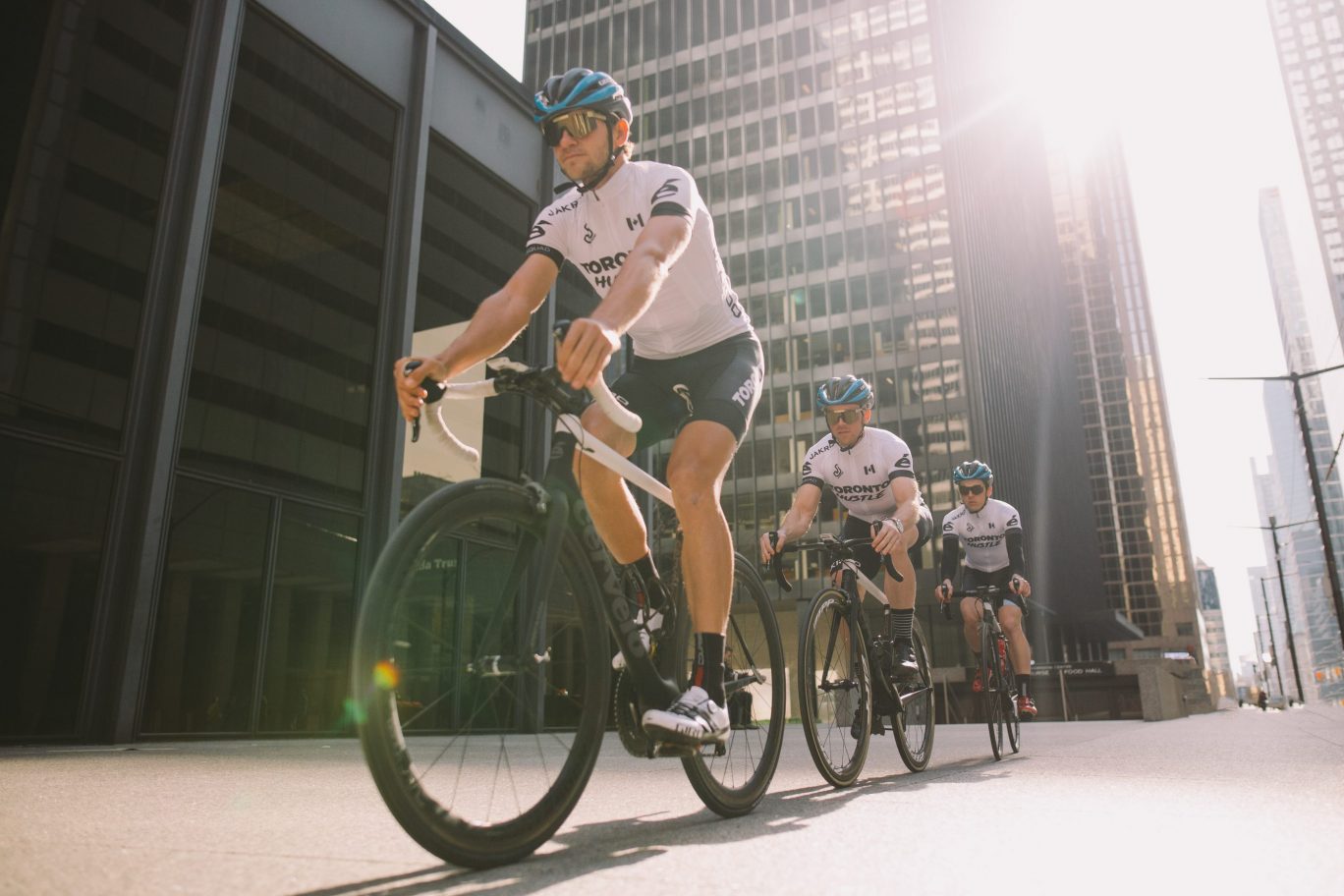 “Crits are the battleground for modern day gladiators. Corralled along the barriers, riders are jamming their front wheels as far forward as ...