Le Tour in Brittany
Keeping up with Kung
Stories 3 min

The Tour de France is the most iconic cycling event in the World. For so many reasons. For starters, it’s been around since 1903 which makes it one hundred and fifteen years old which is old AF. I think it was only suspended once, maybe twice, in that time for a World War, so you know as far as events go it don’t play.

There are old-timey black and white photos of TDF participants smoking in the middle of of a pretty serious mountain stage. It’s basically a month long. And maybe most importantly, it’s hands down arguably the hardest and most challenging professional sporting event ever, ever, ever. Ever. Conceived, let alone completed. For the obvious physical reasons as well as for emotional, psychological and spiritual reasons. In fact, it’s so storied, internationally renowned and near mythical enough that even your average everyday American knows about it. They know it’s an exercise race that happens in France and not much else but hey, for us that’s huge.

Unfortunately—and this is true of any institution or legend of TDF proportions and age—it has become, in spots, a bit of a self-parody. The peloton, the caravan, the whole sweeping and heaving spectacle is now, a hundred years later, rich with tropes and memes, clichés.

But hey, listen, while it’s fun to clown on and talk shit about clichés, they’re also fun. And interesting. And curious. And illuminating. Which is why Soigneur commissioned Manual for Speed’s 2018 TDF crew, Daniel and Steve, to build a small but compelling collection of TDF clichés. 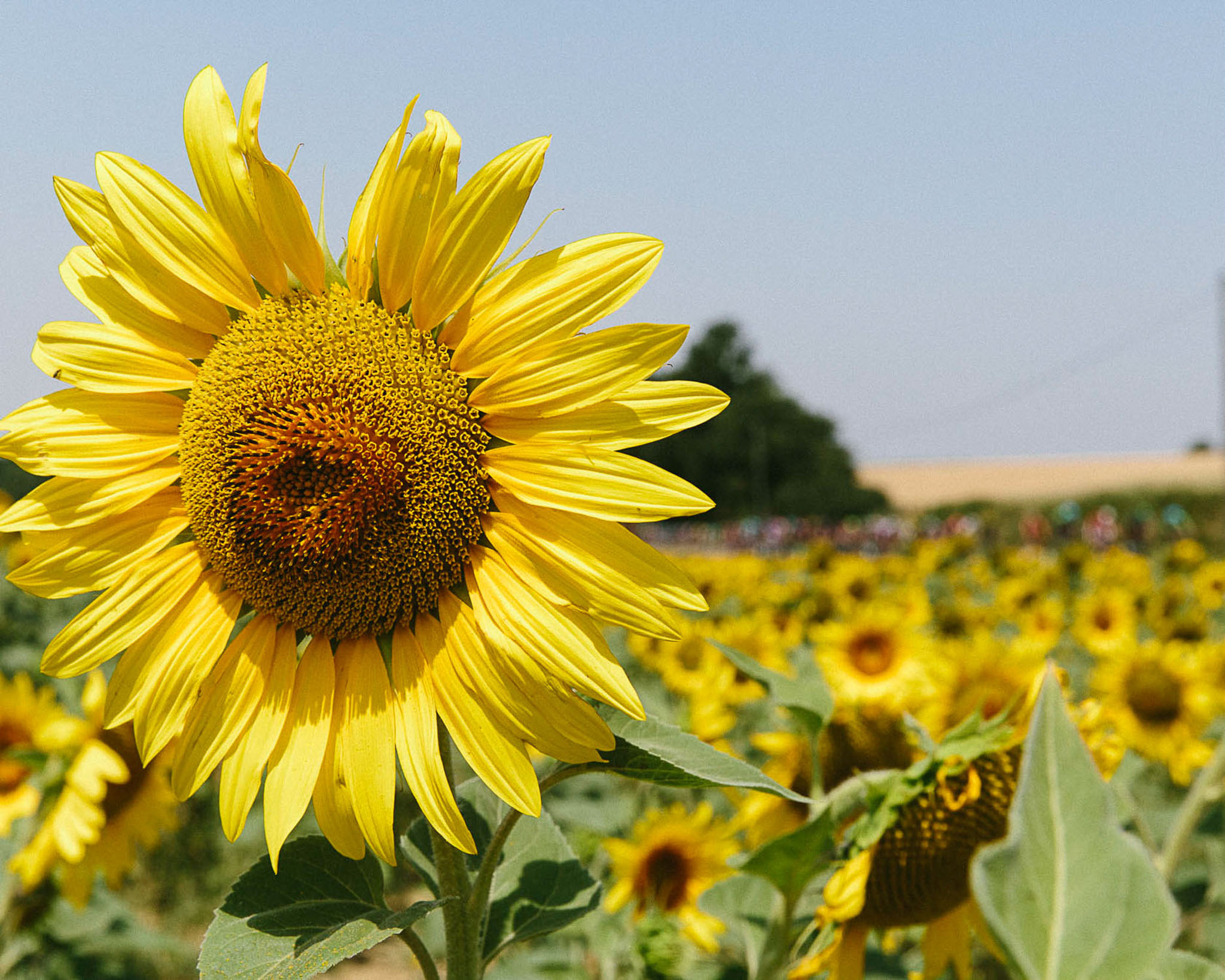 In 2015 Manual for Speed endeavoured to cover the entire Tour de France. From start to finish, the whole thing. Regular journalists do this pretty regularly, in fact while it is, even for them, a legit superhero-type effort, it’s a pretty normal aka standard move.

But for us it’s different because we were self-publishing massive race reports on the daily. And it turns out not only was it difficult—and I do mean difficult, as in if not the hardest then the second hardest single job-event of my entire life—for us to make those posts, but apparently they were difficult to read as well. 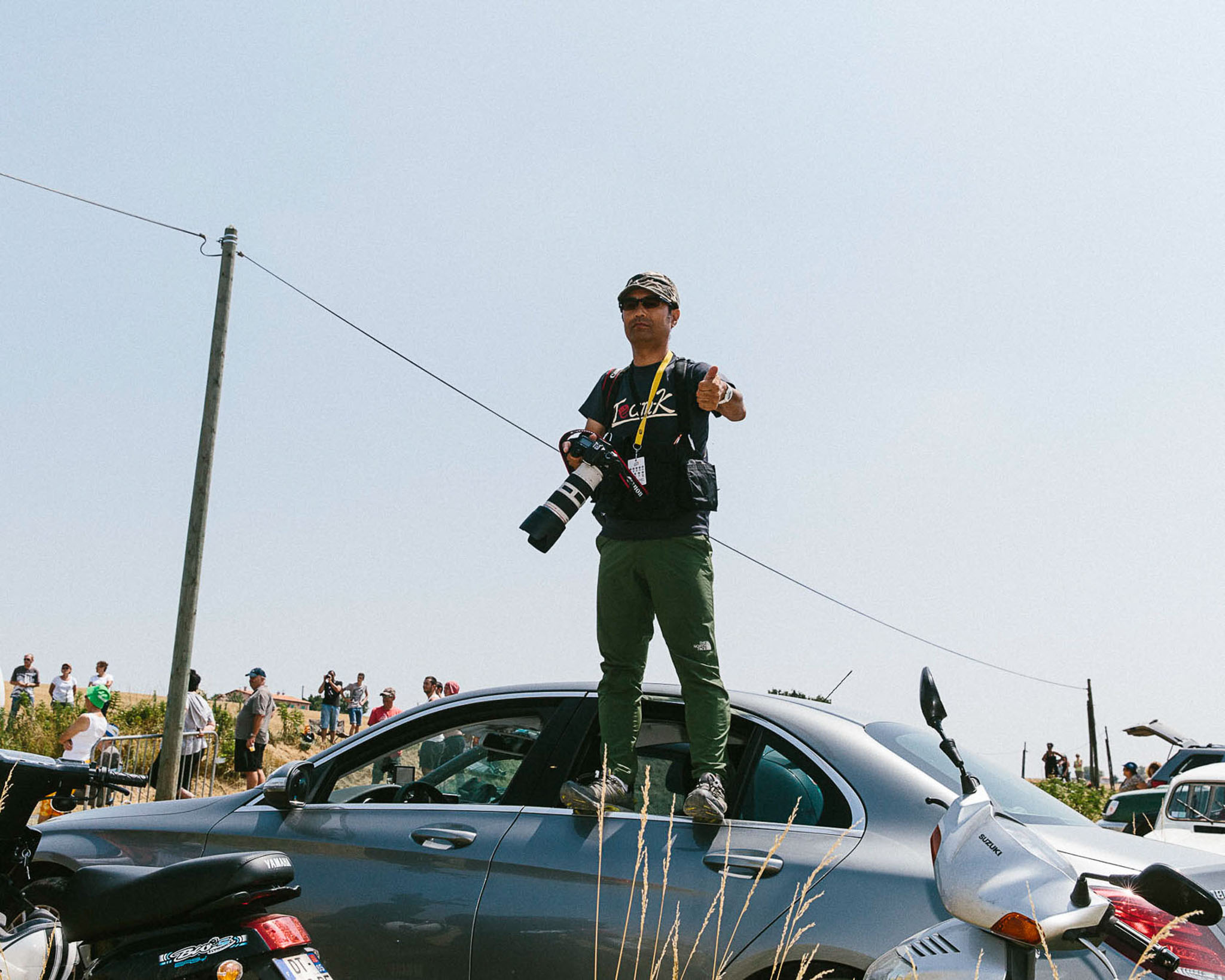 Anyway, my then-partner Emiliano and I were trapped together in a car all day, every day, for weeks. And our stupid publishing strategy was killing us. We averaged maybe four hours of sleep a night. Shit got weird. As you might imagine, it was VERY difficult to maintain a PMA in that situation. One of the few things that did work reliably was talking shit about the race and clowning on anything and everyone associated with it.

As photographers, obvs, the easiest thing to talk shit about is any of the many tired-ass cliché photos that get produced every year without fail and for no apparent reason. Like the sunflower shot. With that in mind, we were as surprised as you (maybe more) that our immediate impulse when driving past this sunflower patch, which was already way over-populated by photographers, was to pull over and join the Digital Warrior Army. 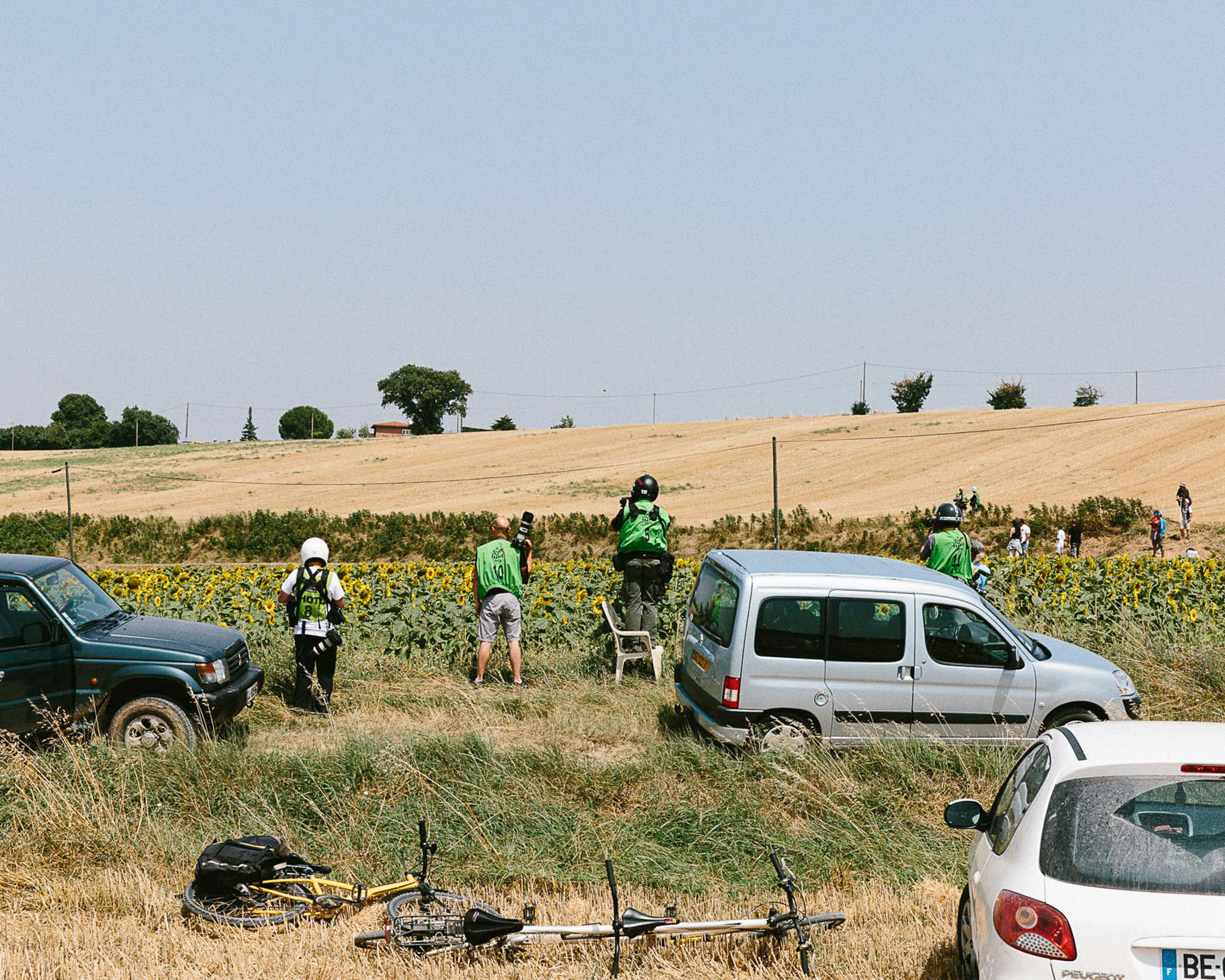 Because the patch wasn’t that big and the road actually sat above it, it was difficult for any one photographer to find a good shot. So they used chairs, the roof of their cars, step ladders, etc. There was a lot of shouting and jockeying for position. The mood was pretty intense. Emiliano and I each got into verbal altercations about “you’re in my frame” or something similarly stupid. 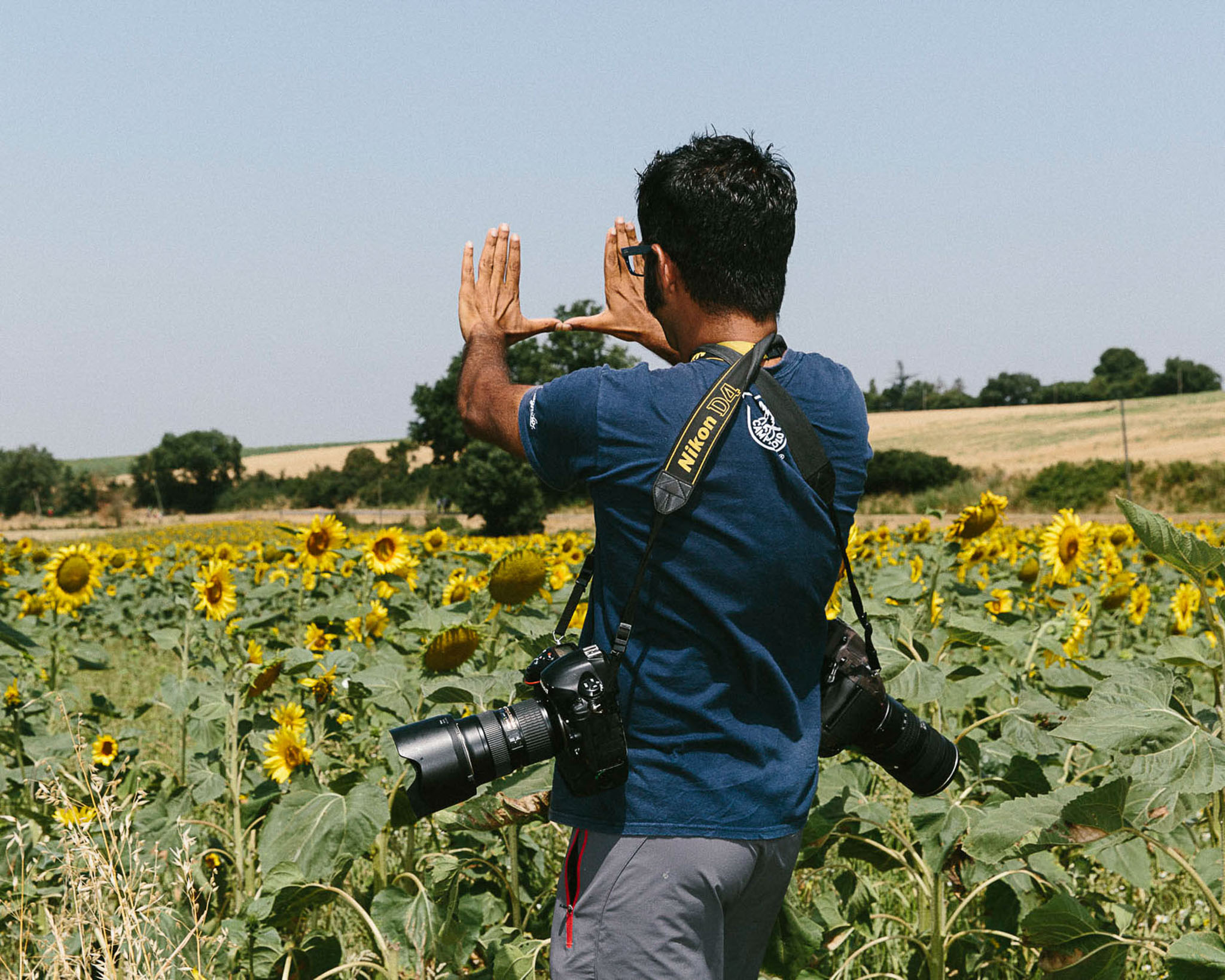 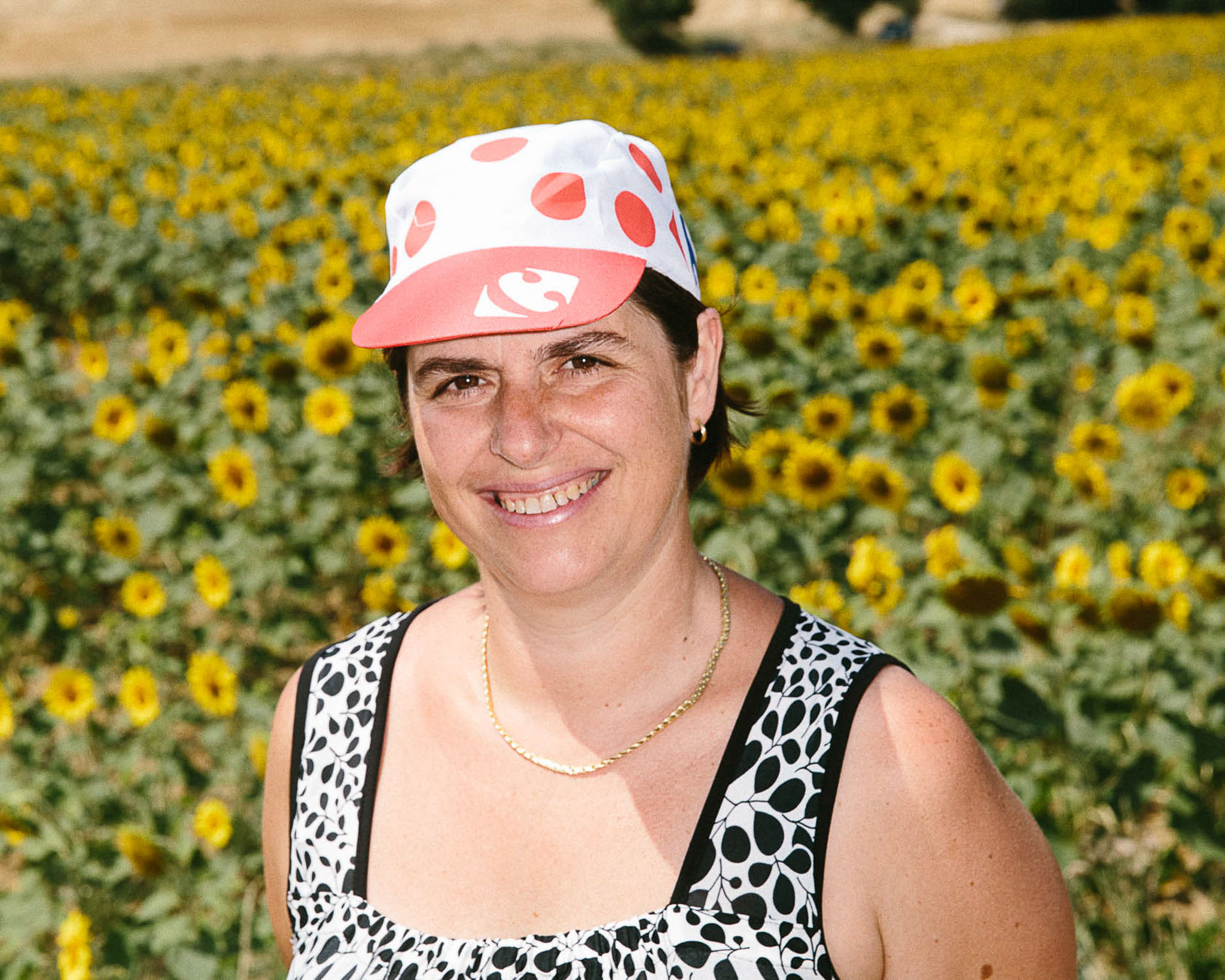 At first I don’t think we knew if we had stopped to actually take “the” picture or to just take pictures of all the photographers actually taking “the” picture, but in the end I know that I never shot the peloton ride past with sunflowers in the foreground. And while these photographs are not amazing by any stretch, that twenty-minute sunflower interlude and photographer mixer was one of my favorite events of the 2015 Tour.

Also, seriously, as media, stewards of the sport, and creators of cycling culture: can we please stop taking that photograph!?