Study a road map of Belgium and you’ll see the chequered history of Europe written into the land. Belgium has had the misfortune to be the arena in which other countries fight their wars, so if the citizens of that land have a reputation for retreating into a proverbial bunker at the first sign of trouble, can we really blame them?
As it criss-crosses Flanders, the Ronde Van Vlaanderen sweeps past many sites of historical turbulence and tragedy. This is, of course, part of the race’s appeal – not only does it celebrate Flemish culture and identity, it’s contained within a landscape dense with history.

Nearly 100km in, the race passes through the outskirts of Oudenaarde, along the oddly named Ohiostraat. The road crosses the Schelde river by a large modern bridge that was of strategic importance in both the First and Second World Wars. In 1914 the original iron bridge was destroyed by the Belgians to thwart the German advance. Later in the war the Germans built a temporary bridge, but destroyed it themselves in 1918 to hinder the Allied troops. Just a few days before the Armistice the U.S. 37th Division from Ohio crossed the river here via a pontoon bridge, though they sustained heavy casualties as they undertook the difficult job of building the bridge under German fire. 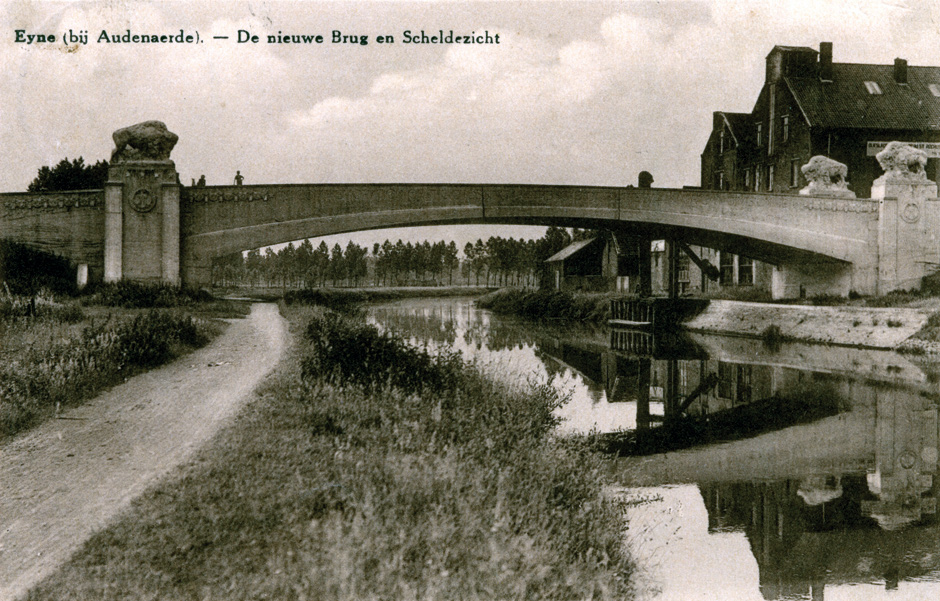 In 1928 construction began on a new bridge, funded by the state of Ohio, to commemorate the state’s fallen sons. A plaque showing bison, a symbol of courage and strength, was placed on the bridge two years later. The demands of road and river traffic have meant that commemorative bridge has subsequently been replaced, but the link to Ohio remains. On the current bridge, over which the peloton will spin, four sculpted bison stand at its corners, quiet but proud testaments to the history of this place.

This Spring Classics season we selected 7 locations along the routes of the legendary one day races to define their significance in cycling ...