Cycling has bestowed certain roads with iconic status. Be they the Cima Coppi climbs of the Giro d’Italia or the cobbled bergs of Flanders, the sport has turned a few special stretches of pavement into places of pilgrimage for cycling aficionados. There are great roads beyond the realm of professional bike racing though — climbs that are as hard as anything the pro peloton races up, with scenery as spectacular as anything TV helicopters have ever broadcast to your living room. Engineers all over the world have created a playground for cyclists. Here are a few roads to get you in the mood. Now, go and ride them. 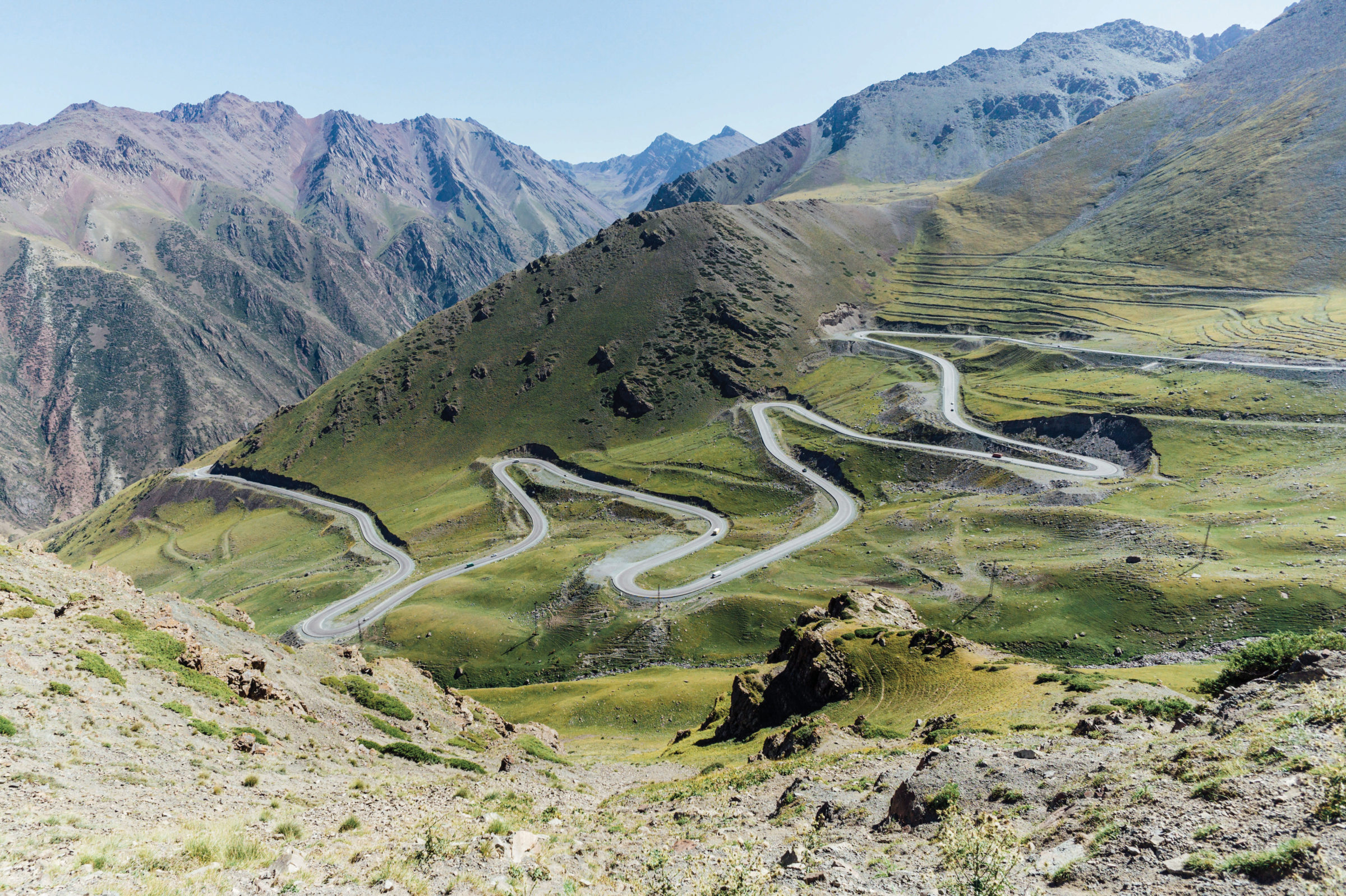 In the midst of a region torn by warfare and ethnical divide, there is a lot of beauty to be found in a landscape that can truly be described as wild. Part of the M41 highway, the only continuous road between Russia and Southern Asia, this is just one of many challenging passes in the area. Besides unlit tunnels, one should be wary of goats, wild horses and the somewhat crazy local truck and cab drivers. 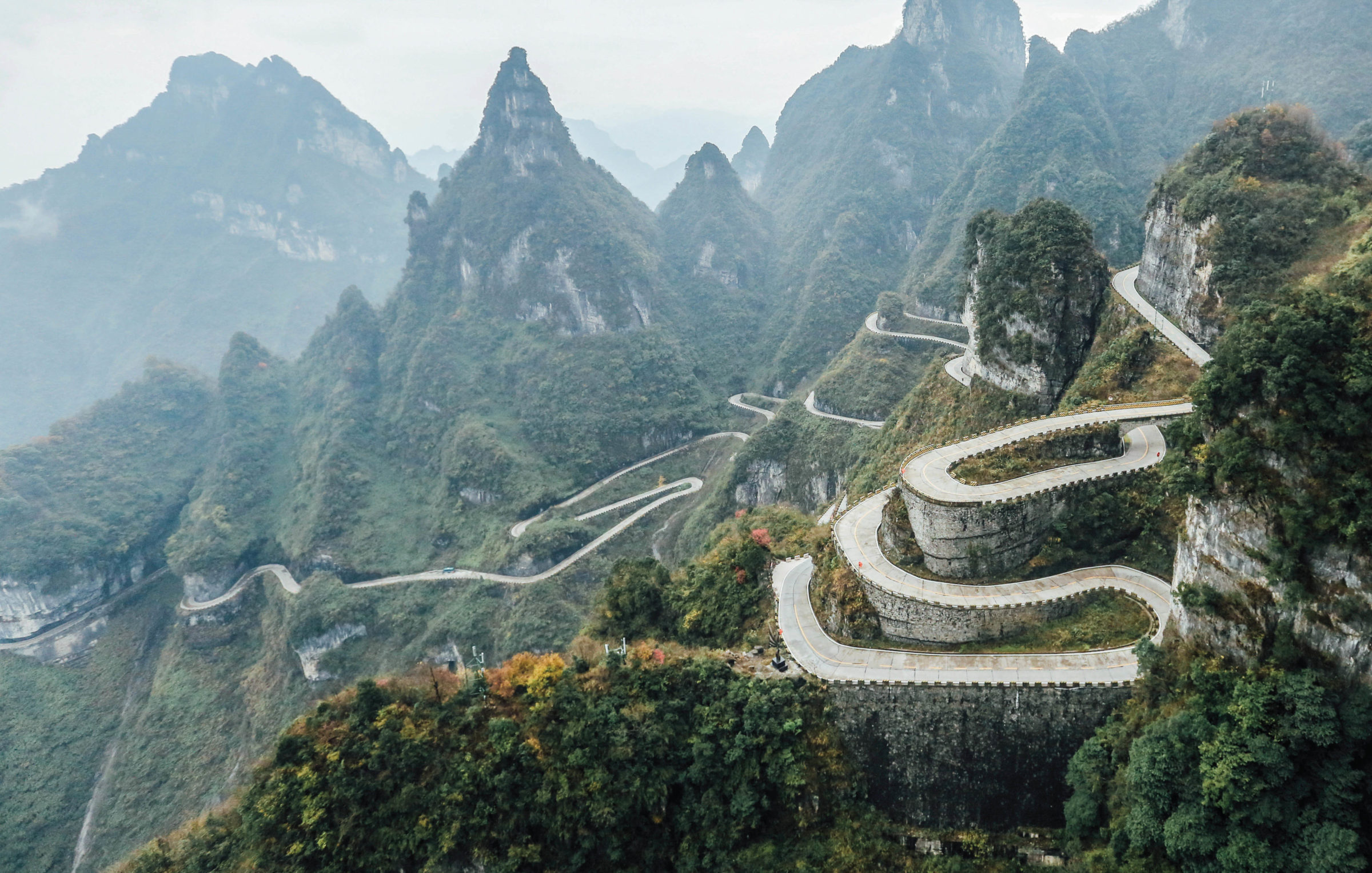 Serene visions of endless switchbacks and empty tarmac unfold, swooping under — and over — itself like a snake, rising ever higher and higher through the lush escarpments… As for now, the only vehicles allowed on the Tianmen mountain road are the National Park buses, but a cyclist can dream, right?

Riding by the ancient Kasbahs — fortresses of old — in the gorge, the winds along the bottom of the valley seem to carry lingering whispers of past spirits. Amid the unbridled roughness of the landscape, older than man, relics of another time greet the unwavering rider as they approach the famous switchbacked climb. The distinctively edged road up the Dadès Gorge pass seems to become one with the crags in the land as one passes through the canyon, and leads on past rugged wadi gorges, desert landscapes, precipitous cliffsides, archaic villages and lush palm groves. 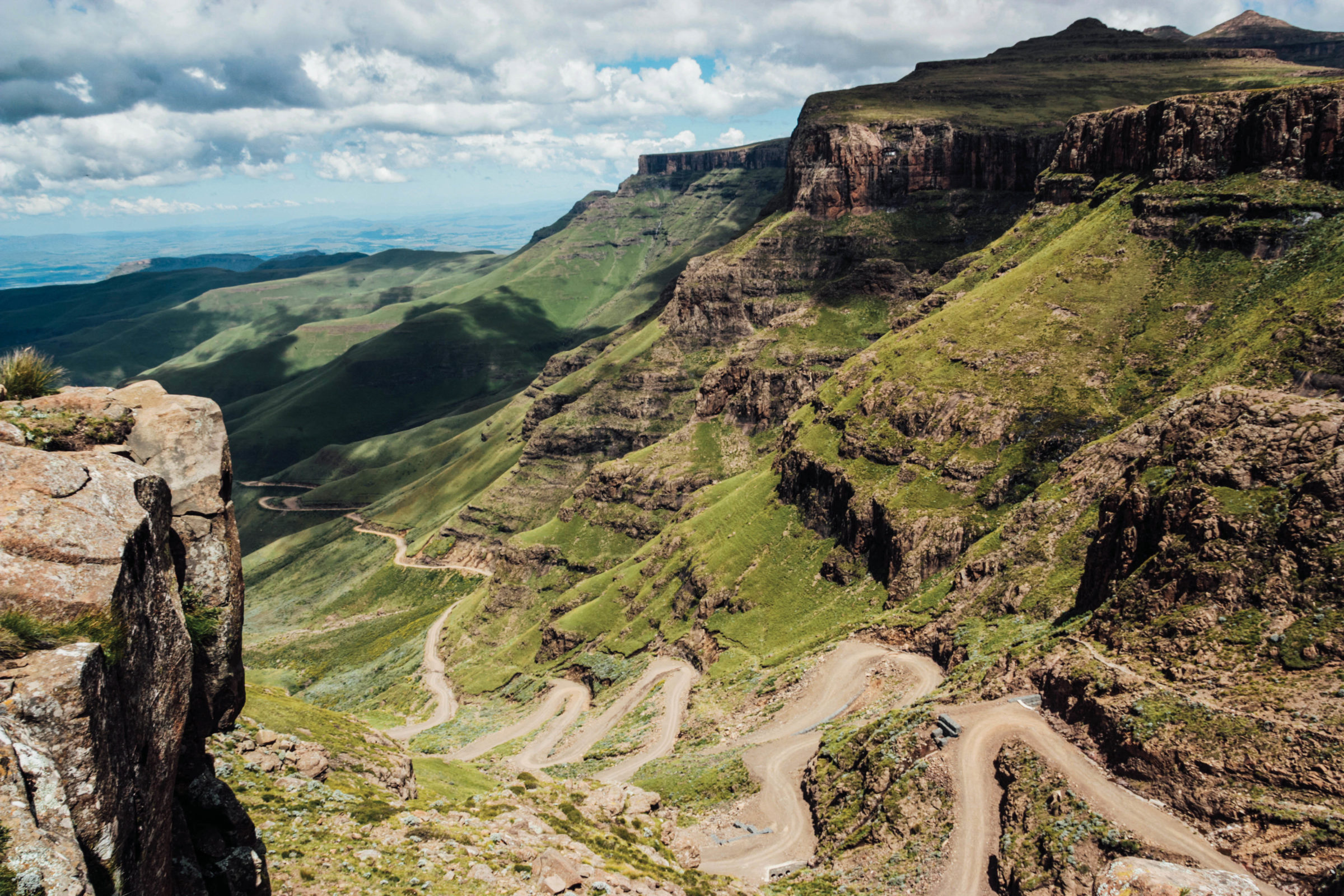 Snaking its way onto the ridge bordering Lesotho, the Sani Pass is the mother of all South African passes, and a gravelled beast of a climb. A stomach-churning switchback heaven for the adventurous — South African border agents at the bottom of the pass prohibit vehicles deemed unsuitable for the journey. Even so, occasionally the remains of automobiles can be seen that did not succeed in navigating the steep gradients and generally poor surface. Of course, this will rightly serve as en encouragement to avid gravel riders for taking on the pass. The last two kilometres are supposedly the hardest, with gradients soaring between 15–25%. 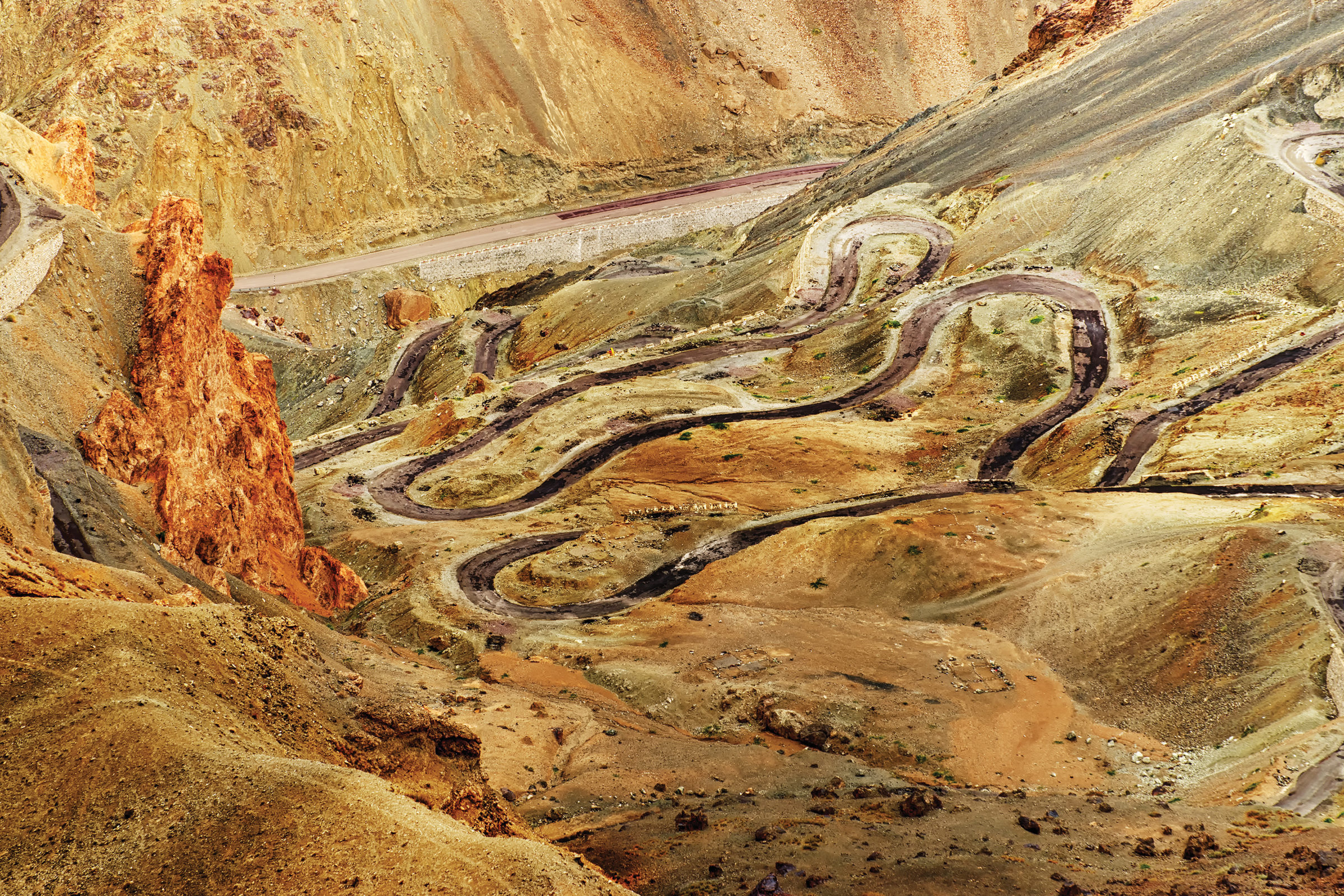 Back in the 17th and 18th centuries, this road was a track impassable even with ponies. Goods, wool mainly, was manhandled across the treacherous passes by porters from Tibet for the Kashmir shawl industry. Later on, tensions between China and India gave impetus for the Indian army to build the modern road, which they still maintain. It follows part of the old trading routes, and as such, many historically and culturally important sights can be found along it. A hazardous but stunning route, interspersed by undulating zigzag climbs, soaring to the breathtaking great heights that this part of the world offers.

If you liked this story consider purchasing Soigneur Cycling Journal 17 where it was first printed.