‘Certain riders have an uncanny ability to read the wind. Take Merckx, right. He grew up in Belgium and could read the wind like a sage. I grew up in Brittany where the wind also blows strongly, so this meant I could use the wind and weather to defeat my opponents.’ – Bernard Hinault, Paris 2017.

Whilst the eyes of the cycling world were focused on southern Holland for the annual Amstel Gold Race, there was a flurry of movement 1,000 kms away from Valkenberg, where a group of top-flight riders opted to take part in a much lower-key race on the northwest coast of France. Never before had the Tour de Finistere seen such names take to its startline–we’re talking Bardet, Van Garderen and Porte to name but a few, riders with the aptitude to win the far bigger race taking place on the same day. In hindsight it’s easy to see why they made the trip westwards. The answer: As the 2018 Tour de France hits Brittany for stages five and six, these riders wanted a preview of what was in store for them.

Talk has revolved around two key stages in the first part of the Tour de France: the Team Time Trial and the stage finish in Roubaix–with the requisite cobblestones to challenge the lightweight General Classification riders. However, when the route was initially published there were two particular stages, deep in the heart of Brittany, which caught my interest. Having raced for six years as an elite amateur in that area, I’m well versed in the unforgiving, energy-sapping nature of those roads, where lineouts in the gutter are commonplace.

Many dub Brittany as ‘the Belgium of France’ due to of its unashamedly large amateur scene, with something like 20,000 licenced riders in the region. With virtually every single day in summer hosting a local fete, where riders across all categories compete on closed roads with support cars and motorcycle outriders, there’s no denying that Bretons take their bike racing seriously. With Paris-Brest-Paris – the precursor to the Tour de France – running right through the region, the psyche of Bretons is intricately linked to all things bike racing.

But even beyond Brittany, it’s no secret that France shares the same deep ties with road racing, so why do these two stages stand out? Suffice to say, the moniker of being ‘the Belgium of France’ sells this region a little short. The avid fans are present, as is the quality and quantity of racing. But in terms of terrain, it’s well removed from the low lands of Belgium. 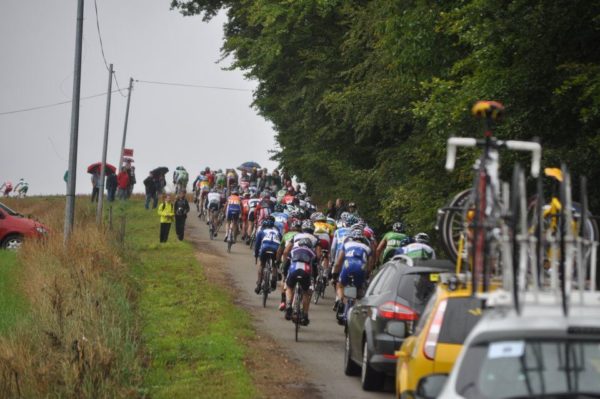 The Terrain
Running down the backbone of Brittany are the Black Mountains–although perhaps the term mountain is somewhat misleading, setting no competition for the French Alps or the Pyrenees. However, with summits around 300 to 400 metres, they set the scene for a landscape that is more than rolling. Add to that narrow, heavy roads that seemingly meander wherever they want, plus 2,800km of coastline that wraps around Brittany and takes a royal beating from the wind, you’ll soon understand how these ingredients could translate into game-breaking, race-losing stages of the 2018 Tour de France.

It’s hard to explain what the riding in Brittany is like. It’s unconventionally undulating terrain suits a punchy rider with the power to ride over the tops of the climbs and deal with lower gradients. Think of a rider like Greg Van Avermaet: strong on the flat, explosive on the short climbs, and hungry to confront this aggressive form of racing. 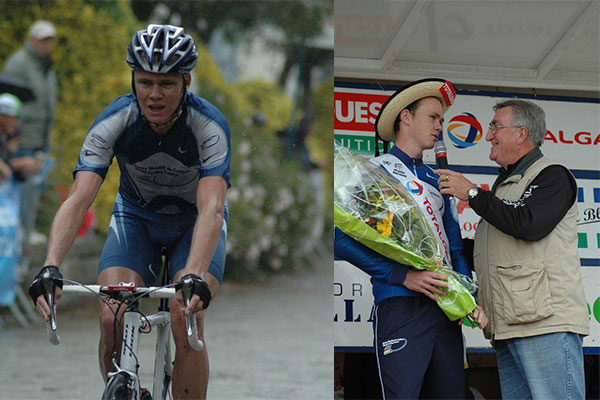 The racing
Many riders in the 2018 Tour de France peloton cut their teeth, much like I did, racing in Brittany (although those at the race certainly had more success than I did). Chris Froome, riding for the then International Cycling Centre Team, won the Mi Aout Breton in 2007 under a Kenyan passport, with a bit more of a robust physique but arguably equally as ungraceful on a bike. In the same year the Estonian triple of Kalle Kriit, Tanel Kangert and Rein Taaramae absolutely destroyed another low level UCI Pro Race that takes place in the centre of Brittany, the Kreiz Breiz Elites.
I would hesitate to say that I was in the same race and certainly remember the collective shock that was felt, as the three Estonian riders broke away from the peloton in grim conditions to win the stage as a trio by 20 minutes. This was despite the best efforts of the best local elites who could do little to stop the beating – and some of these guys are racing the Tour too.

The roads
It’s hard to explain why Breton roads are heavy, but local councils certainly follow the mind-set of ‘the more gravel we put on this nice, smooth asphalt the harder wearing it will be.’ This is certainly true in the centre of the region where the stage finish on the Mur de Bretagne or the Wall of Brittany will take place. Imagine the sensation of riding with soft tyres, where the road surface stubbornly resists giving you any free speed. These roads, suffice to say, favour the powerful riders. 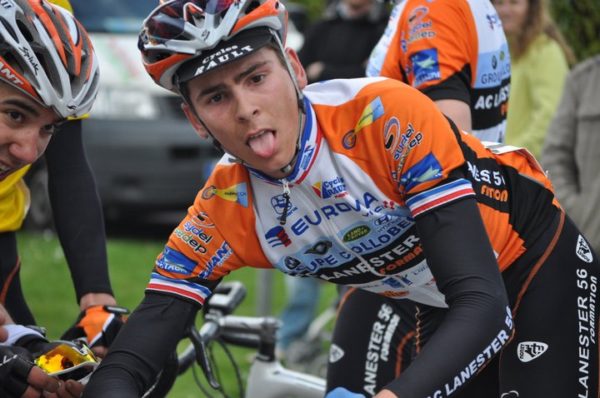 The climbs
In terms of the constant barrage of small, leg-sapping climbs, some might think that it would be odd that the rider who won the Best Climber’s Jersey in last year’s race is a Brittany native. Towards the end of my time racing, Warren Barguil had just won the Junior World Championship and there were certain courses where his light frame permitted him to ignite affairs, showing older, hardened elites what his potential was. It’s these short climbs, usually in quick succession, that mean you need to not just be an out-and-out powerhouse to succeed. I remember another episode when Alexander Kristoff was at a later edition of the Mi-Aout, demonstrating excellent form on the flat stages, but struggled when it got hiller. 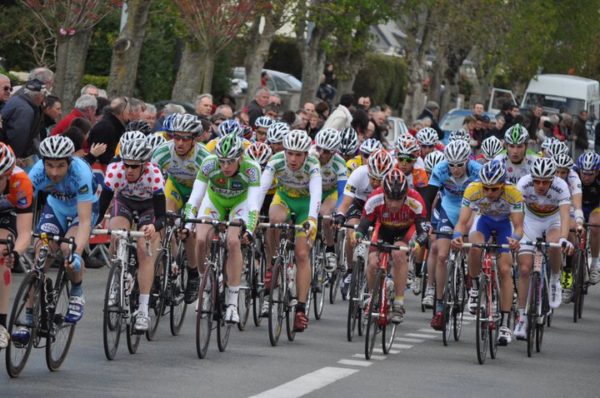 The weather
And then there is the weather. Non-Bretons will tell you that ‘It always rains in Brittany.’ But they’re wrong. The forecast for this year’s Tour is pretty good. However, there is a bigger challenge they’ll face: the wind. With 2,800km of Atlantic Ocean coastline, it’s clear how Hinault received his early lessons on reading the wind. It does not take a hurricane to cause chaos in a peloton; just a concerted section of cross winds, which could be as light as a breeze allows Brittany’s patron saint, Saint Anne, to have her impact on affairs.
I remember how my first Elite race in Brittany – an early season Breton Classic, the Manche Atlantic that runs from the Channel to the Atlantic – was fine until we hit a 5km section of cross wind. Never before had I seen the panic that hits a peloton when this happens. All it takes is one team at the front and you can rip the race to shreds. I still have images of riders, motorcyclists and team cars crashing due to the panic, because everyone knows that if you miss that split by even as little as a meter it’s game over and day done. Needless to say I didn’t make the front group that day.

The reasoning
It’s clear that the Tour organisers wanted to achieve two things by inserting these two stages during the first week. 1; give the Breton fans the ability to come out in force and show their passion for road racing–these will be some fan-lined stages. 2; they wanted to offer us, the race fans, something interesting in the first week that will keep us from the typical afternoon nap-inducing sprinter stages of old, where the points of note is the local Chateaux or bridge rather than attacks, splits and racing drama.

Coming with substantially more risk for GC contenders, these sorts of high-octane stages are ideal in a world where we need to find a way to spice up our sport to keep people engaged. So we raise a glass of local cidre to the Tour organisers and wait with anticipation for the fireworks.