Haute Route organizes the world’s most prestigious multi-day events for amateur riders, or so they claim. It was the proving ground for Bryan Fogels infamous ‘Icarus’ documentary, and a quick internet search will set you up nicely with plenty of superlatives (“tougher than the Tour the France”) to give you at least some insight into the challenging nature of the events. We joined a brand new, reduced three-day version of the original seven-day format which gave the Haute Route its upstanding reputation.

Some 250 riders participated in the inaugural edition of the Maserati Haute Route Norway; a three-day event that caters to amateur cyclists who are looking for a chance to push themselves physically – and mentally – in a friendly competitive vibe. To let you dig as deep as you want, there is a crew of 80 people at your service, and everything, from the routes you ride (time trial on closed city course included) to the support during the stages and all of the caretaking afterwards, is crafted to resemble the support typically reserved for the pro peloton.

At times it feels a bit like playing a small part in a re-enactment of some great battle from the past, with everybody dressing up and acting their part (of course some take the theme more seriously than others). After all, you can be quite sure no one is going to take a shot at you for real. No one is going to swear at you from the team car for putting on a lousy performance. But because the Haute Route-crew know very well how to set up the right atmosphere, you will certainly start feeling the part pretty quickly. And it is just too much damn fun not to take full advantage of the occasion. As you are still taking part in traffic you have to be aware of the rules and regulations, but there is a good chance you will not have to put a foot to the ground during the race. Flocks of sheep, unwary pedestrians and impatient cars; are all coerced by volunteers and motards to clear the road, until you and your fellow riders have gone past. Most decadent indeed. 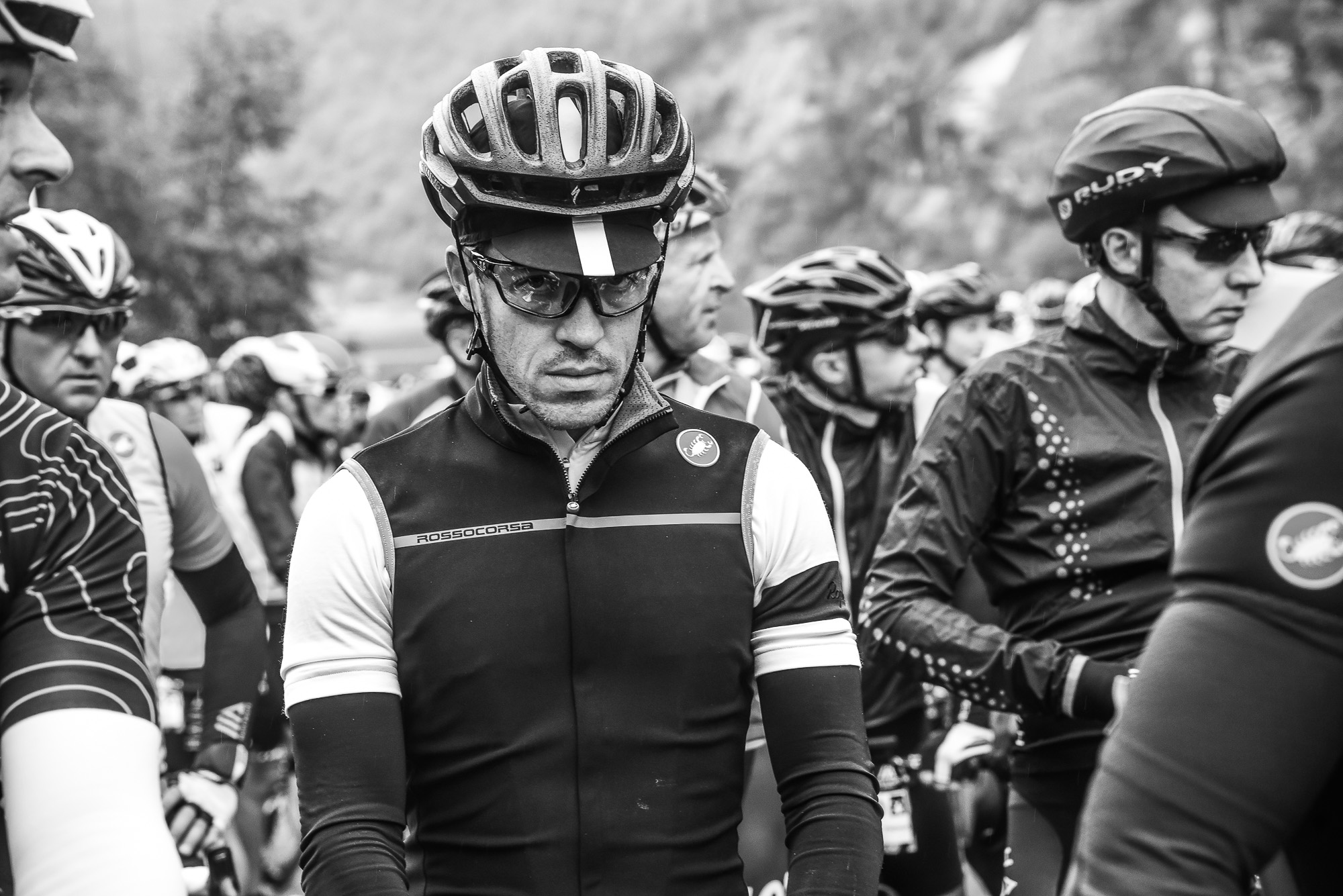 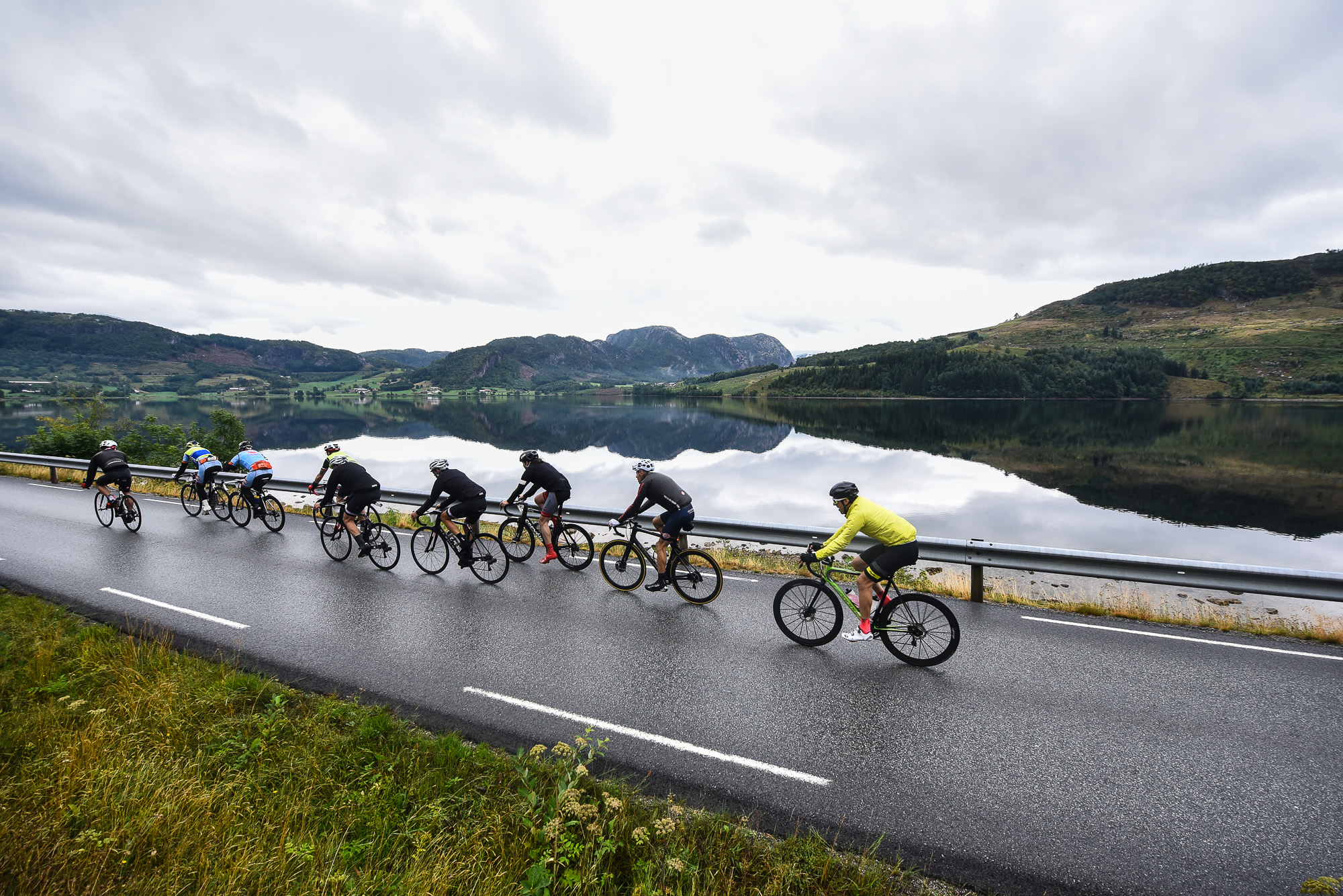 Expect smashing views of the rugged Norse countryside, arduous winding climbs and dazzling descents. You will make new friends and just as likely lose some on the climbs or descents. Share moments of ecstasy when you work as one with riders around you to make your way through lush valleys. Feel abandoned by all and everything when, after having done your fair share of work on the front, the group rides away from you after you narrowly lost the wheel of the person ahead of you.

Come well prepared, be fit, because your competition surely will be. Expect to see a lot of finisher-jerseys from previous Haute Route events or Ironman type of races. Most people attending these events are not new to this specific type of suffering. And be sure to bring riding kit for any and all conditions. The entirety of Europe was starting to look like the tropics these last few months, as did Norway, except for these three days in Stavanger when the weather quite suddenly turned for the worse. 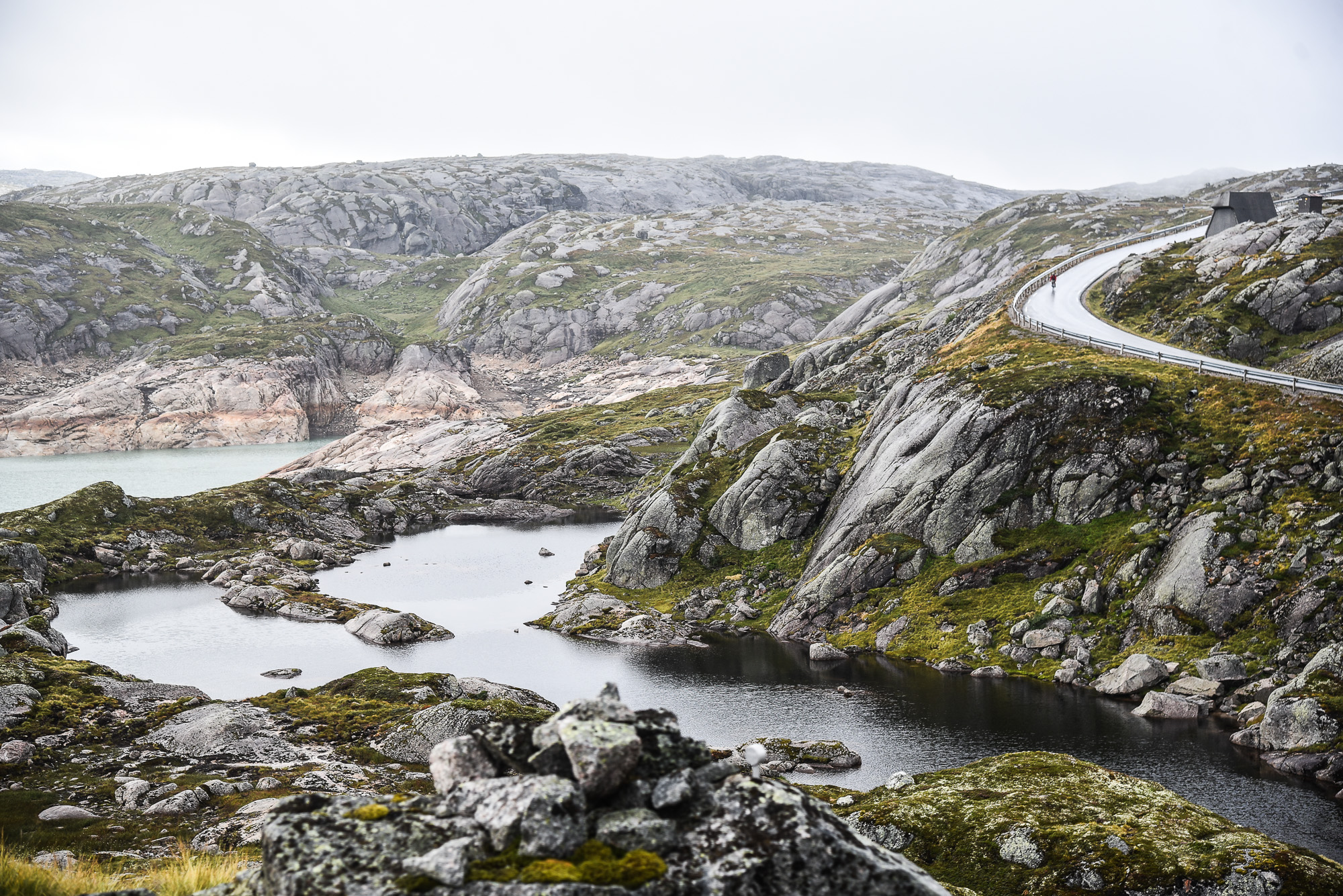 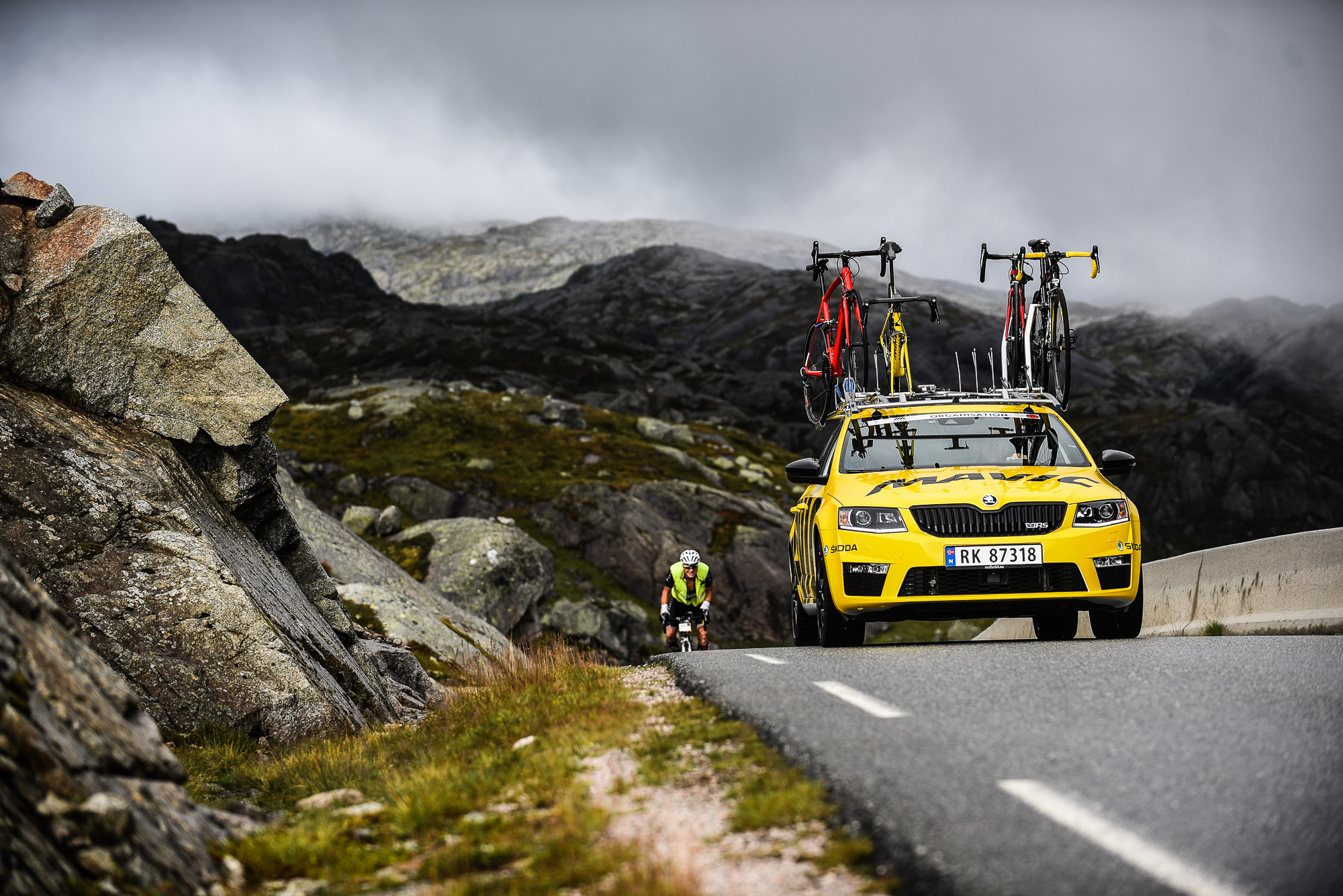 And, as any proper professional will tell you, of course the experience is not complete without some minor transfer hassles. Getting up at the crack of dawn to make your way to the ferry might not be what you’re hoping for after a hard day in the drops, but as soon as the vessel casts off and you make your way across the misty waters of imposing fjords, you know it was very much worth it. And then when you cross the finish line you might not be done riding for the day. No relaxing spin on the rollers in front of the team bus, but rather an extension of the ride to get back to the hotel is what awaits. And although there is plenty of support along the route, make sure you are self-sufficient to a point. All the better for your ranking if you do not have to wait for the Mavic car carrying the spare wheels. Finally, it might be raining cats and dogs and icy sleet might be coming down horizontally, but you will get on that bike, the team is counting on you! 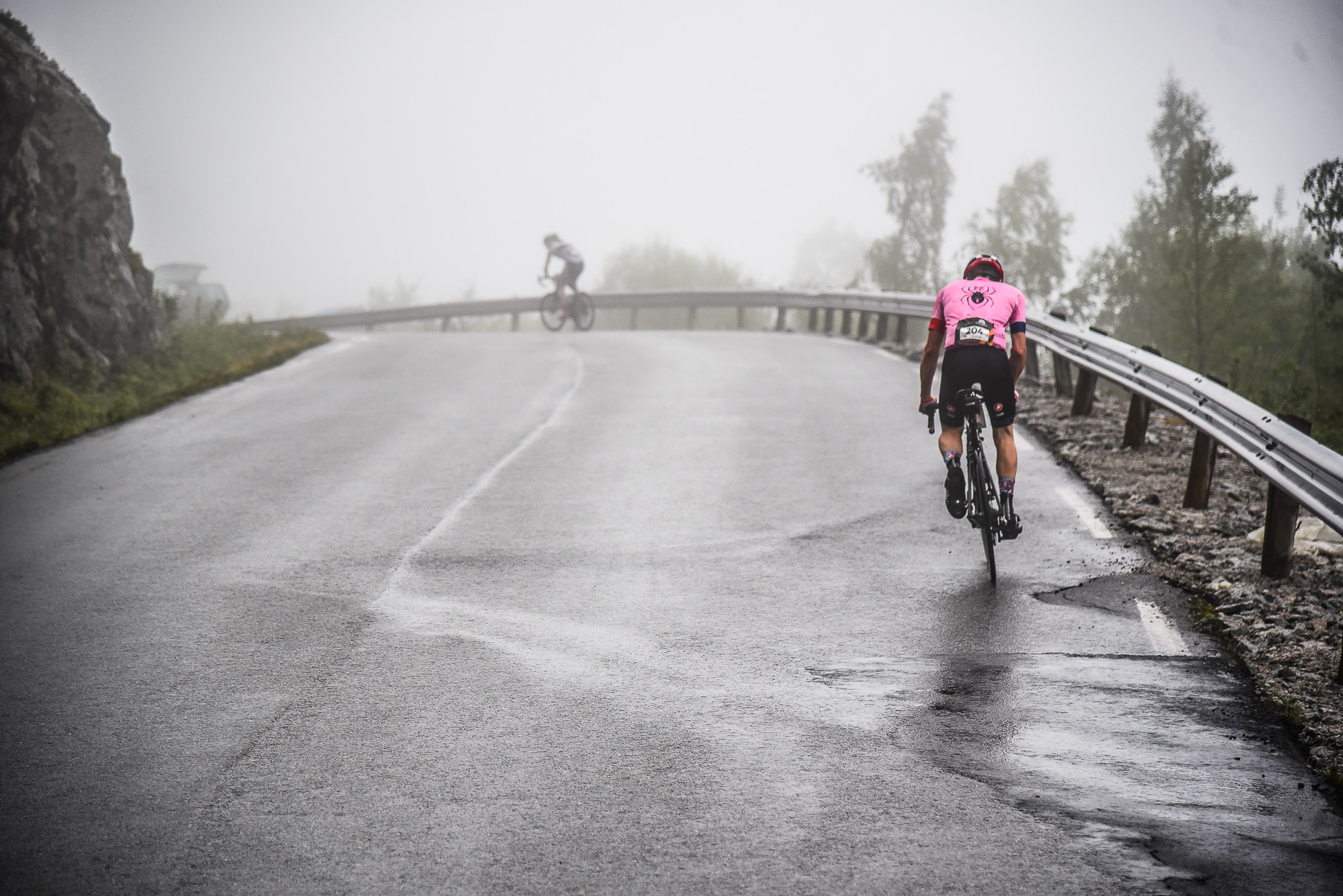 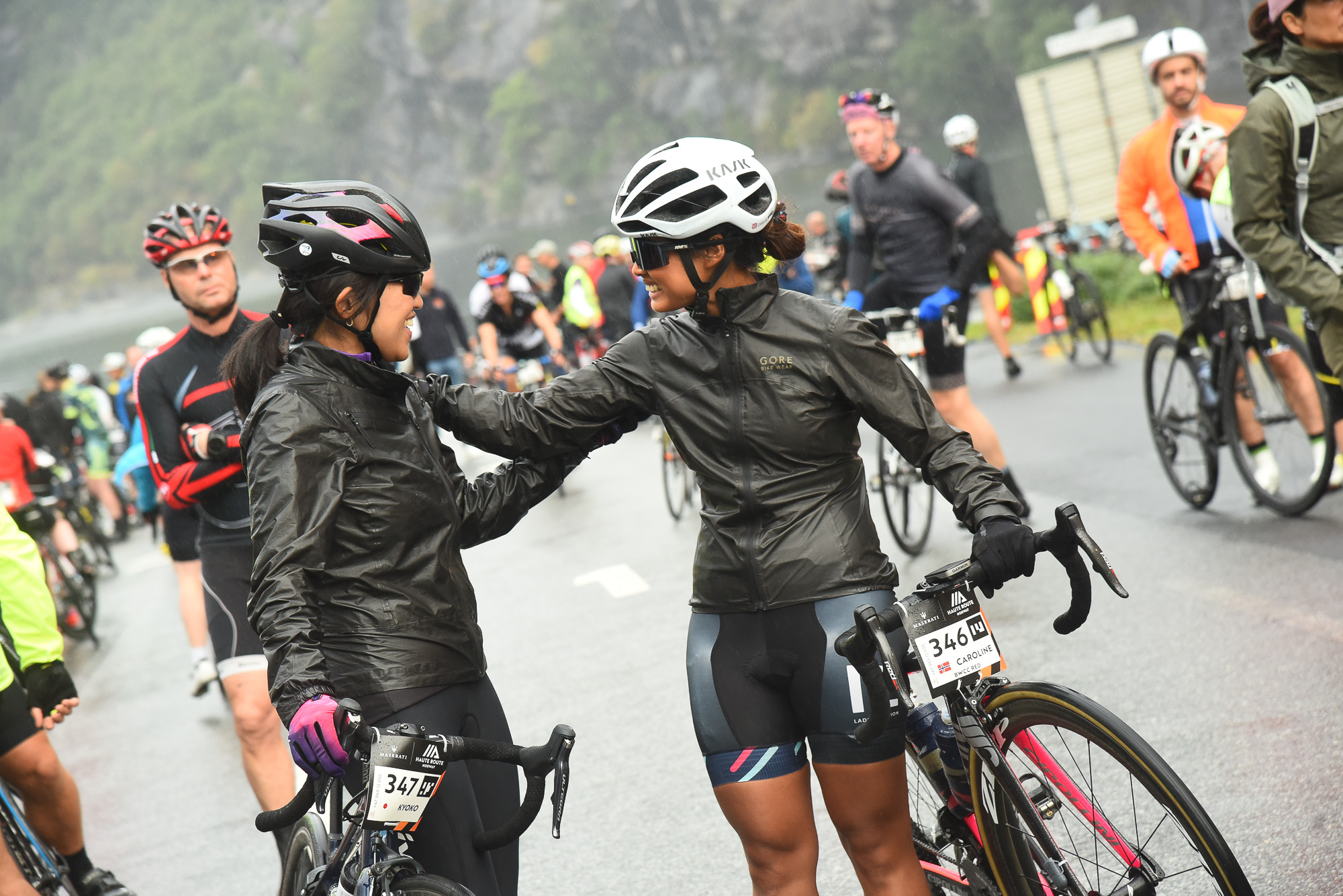 Over the past decade, Haute Route has been perfecting their formula in the Alps, Pyrenees and Dolomites. This has cemented the reputation of their seven-day events as an esteemed phenomenon in cycling. It is only recently that Haute Route has launched the trimmed three-day format. A perfect option for people who are on a tighter schedule and budget, but who – most importantly – are still looking to raise the bar through suffering, whilst also reveling in the experience of living – even a little bit – like a pro for three days.

Learn more about upcoming Haute Route events and the new Infinity Pass, which allows unlimited and unrestricted riding for the 7-day and 3-day races in Europe, the Middle-East and North America.

Thanks to Canyon for the steed and EVOC for the means of transportation.