Former professional racer David Millar has lived in Girona for over a decade. It was the city to which he returned most during his career, and it is now where his cycling company CHPT3  is based. He wrote to tell us about the best spots to ride and eat and drink.

I first arrived in Girona in December 2006, which equates to this being the longest I’ve lived in any country. Girona has become our home.

It came about because we were looking for the perfect place for a professional cyclist to live. I’d done France and wanted a change. I’d done Tuscany, and it didn’t work for us. One of my friends in the professional peloton, Christian Vande Velde, said I should come and check out Girona. I didn’t even know where Girona was at the time. My wife and I came here and within two days we knew it was where we wanted to live.

I’ve always said there are five things a professional cyclist needs at home:

Beyond that though, there is something very unique about Girona; the people and culture make it such a welcoming and calm place. There’s a certain peace to it all, even with the recent Catalan independence movement gathering steam.

When I arrived, there were only a few of us here—fewer than ten—and they’ve all gone now. I arrived into the city centre of Girona one afternoon last spring and suddenly realised it was full of cyclists. I’d say the tipping point for pro cyclists coming here was in 2014. For cycling tourism, it was 2018. All of it is good and having a very positive effect on the town—anybody who says differently didn’t live here before!

The city has inspired CHPT3’s range of products in every aspect, from the technical to the aesthetic. Girona is the home of professional cycling. The athletes choose to live here. It is not an obligation. That in itself proves it has the geography, climate, and culture to be a great place for cycling. With CHPT3, we are embedded in this. We are right at the cutting edge of what’s going on in pro racing—but behind the scenes. We get to learn so much more by being here on the ground.

The Pont de Ferro bridge, for instance, was built by Gustave Eiffel, a few years before his more famous achievement, the Eiffel Tower in Paris. It spans the Onyar river of Girona and bridges the old town with the new. It’s constructed from wrought iron, using a continuous lattice structure, and when the sun shines, as it often does in Girona, the footbridge becomes emblazoned with the same shadows that were there when it was built in 1877. It’s these shadows that have served as the design inspiration for our new Girona collection. Whereas the greatest bike race in the world finishes under Eiffel’s shadow, our daily rides start under it. 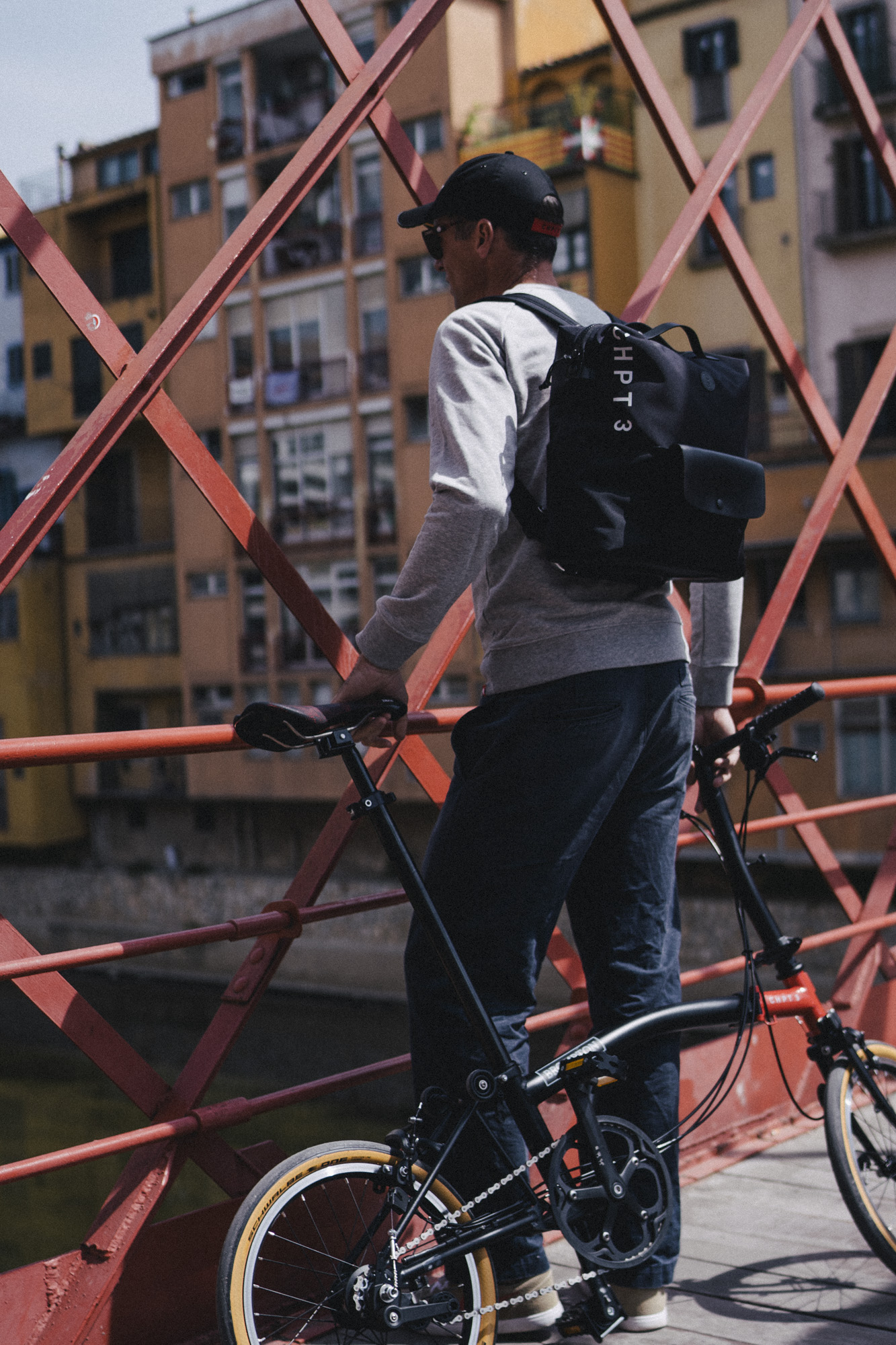 There are so many amazing rides. For example, there is a big loop out and through a place called Rupit. That one is truly spectacular. I remember being out there a few years ago with Ryder Hesjedal. We stopped at one point to just soak up the view. It was as if we were in a lost valley. Ryder said, “Whooaa. It’s like Game of Thrones out here, man.” That sums it up.

Then, there’s the Rocacorba, which seems to be omnipresent in my life. It’s the closest significant climb to Girona, and the two towers are visible from everywhere in the region. As I sit here writing this, it’s framed perfectly in my window. Like hundreds of others, I used it as a training and test climb—I went a step further and created my own cycling club, Velo Club Rocacorba, which is a homage to my love for cycling and Girona. The VCRC is quite special. It is more of a cycling and dining club made up of a bunch of eccentric gentlemen. I love it. You’ll see our marks on the road if you ever climb it. I coached James Knox for a year, and made this video of him the day he took the record. Monumental.

In the old days, I used to train with Michael Barry or Christian Vande Velde. Back then, we’d meet in a little café called Boira, have a coffee, wait for everybody to arrive, and then head off. Or we would meet on the Pont de Pedra. That was it. Those were the places. There was only ever one group going out. Otherwise, you went solo. Now, there are dozens of groups going out from I don’t even know where. It’s quite surreal for me to see it. A part of me misses the simplicity of those early meetings. We were such a tight little group. 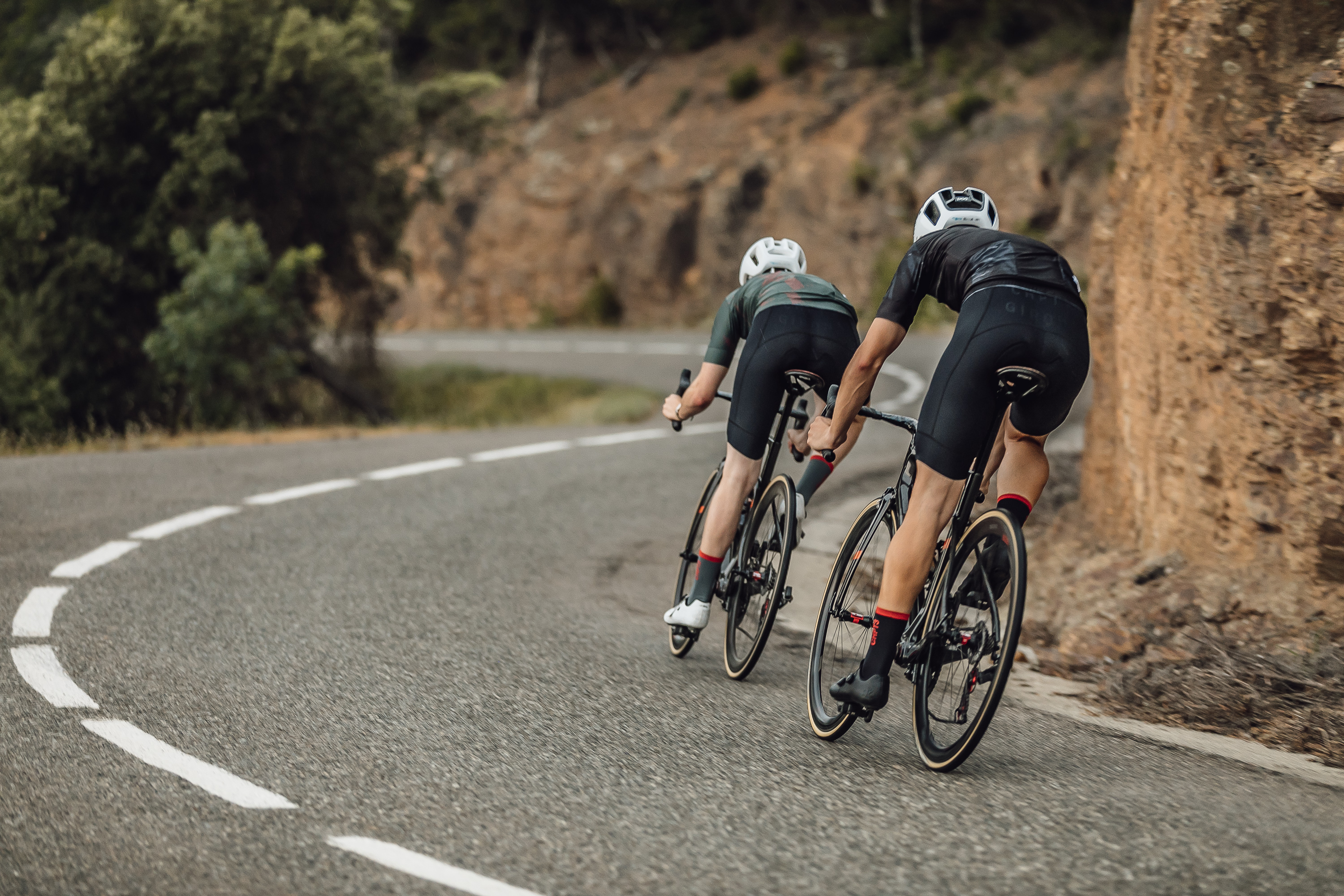 A beautiful ride out to the seaside with a challenging climb on the return up Sant Grau.

A nice, easy spin out and around the lake if you decide to skip Rocacorba. 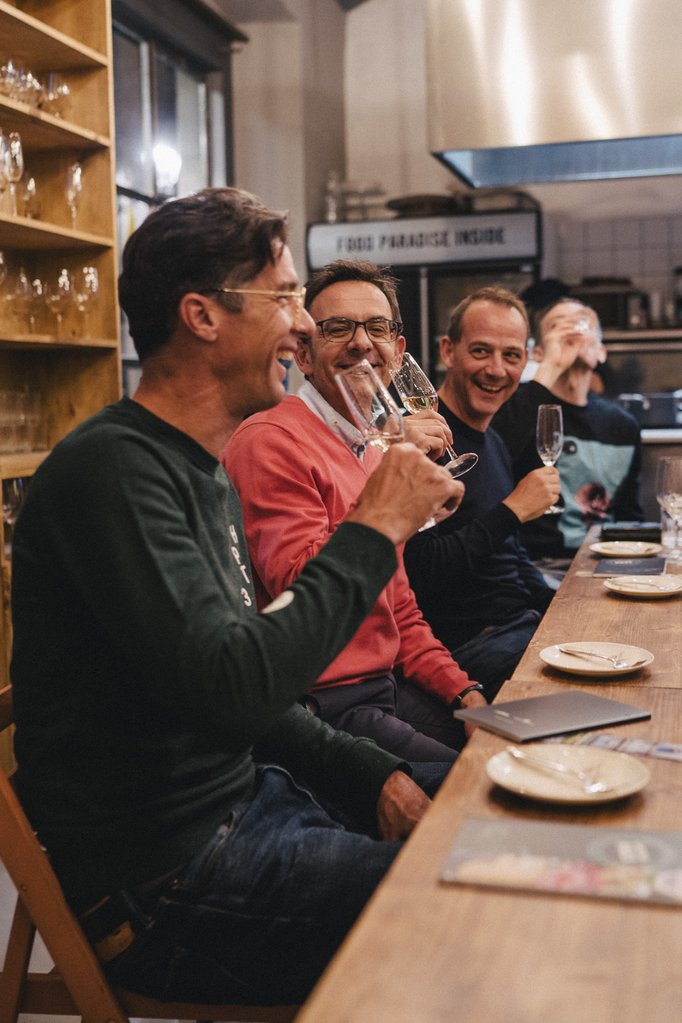 Catalonia is a culinary hotbed. Previously, there was elBulli; now, there is El Celler de Can Roca, both of which have topped many world’s-best-restaurants lists. Personally, I prefer food that’s a bit more down to earth, and my favourite restaurant in Girona is Plaça del Vi 7. It serves tapas in a French-bistro-style environment—the best of both worlds.

But, if you have the time, travel 20 kilometres out of town and go to Can Boix in a hamlet called Vilamarí. It’s my local, and I may be biased, but it’s truly exceptional.

There are lots of places in Girona, and it’s best to bar hop and soak up the different atmospheres, but if there’s one place to finish up then it’s the Sunset Jazz Club. This place is a serious jazz café, and the atmosphere feels timeless. If you want somewhere to go and drink and talk (unless there’s live music, in which case everybody is deathly silent) into the small hours then this is it. It’s a Girona institution.

Another nice thing to do is walk the wall that surrounds the old town. It gives you great views of the city and the surrounding landscape, before you go deeper into the alleyways of the old town.

The best place to stay in Girona is the Hotel Carlemany. It’s the only hotel in the centre of town that offers top-quality service and attention to detail. The restaurant is fantastic, and the bar is award-winning. The rooms have all recently been refurbished, and the service is what you’d expect from a big-city luxury hotel—we’ve actually worked with them to create a very special cycling garage that is unlike anything you’ll have seen before. It’s kitted out with all of the essentials, is totally secured, and has space for 60+ bikes, which they regularly fill. 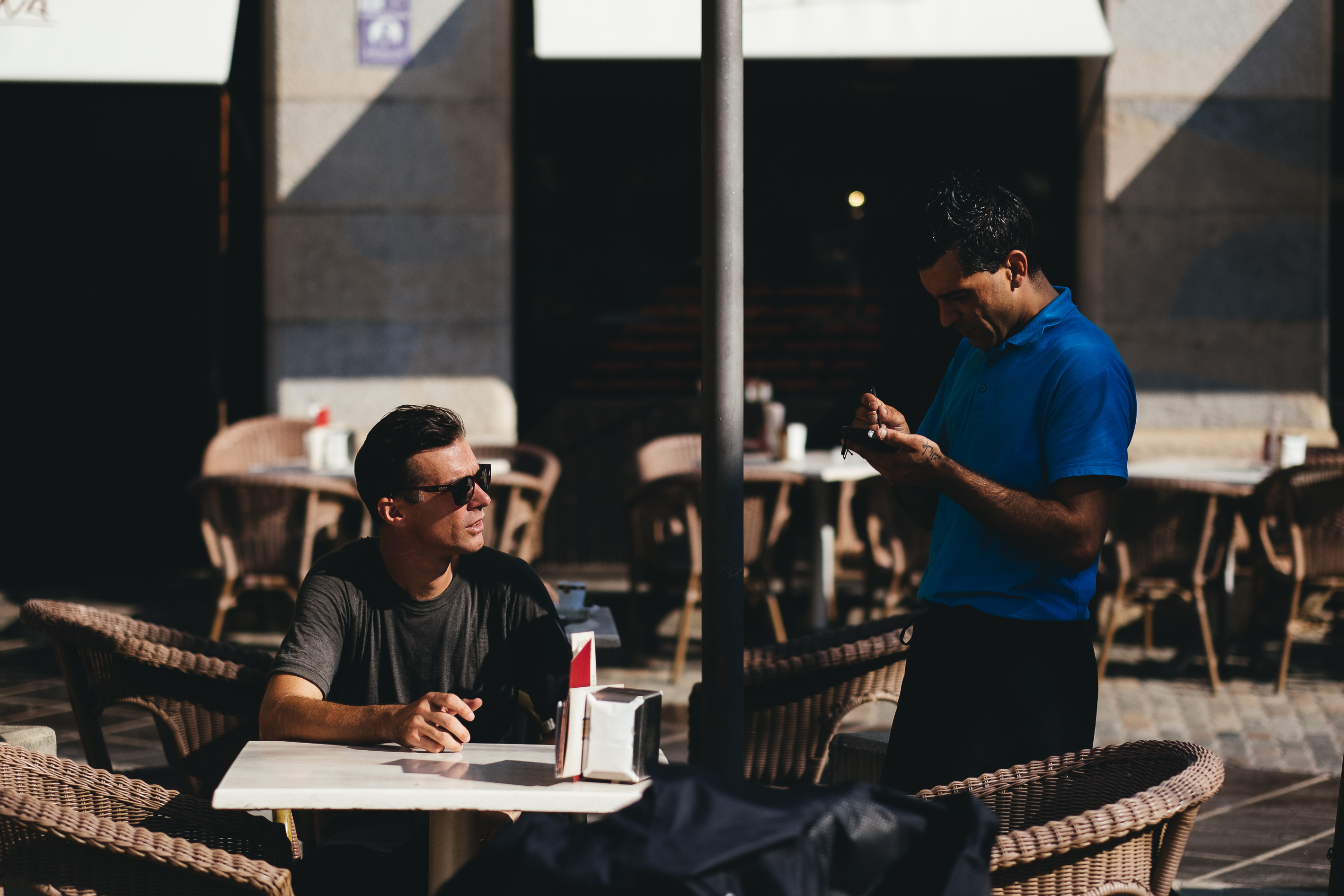