What if you temporarily took leave from the safety of everyday life to battle through a challenge that scares you? What if your only worries were riding, finding food and water and a place to sneak in a few hours of sleep? What if you forgot your self-imposed limits just to see what you were truly capable of for once? With adventure in mind, we compiled a list of supreme challenges, in no particular order, to test the limits of your endurance. 22 randonées to add to your bucket list. 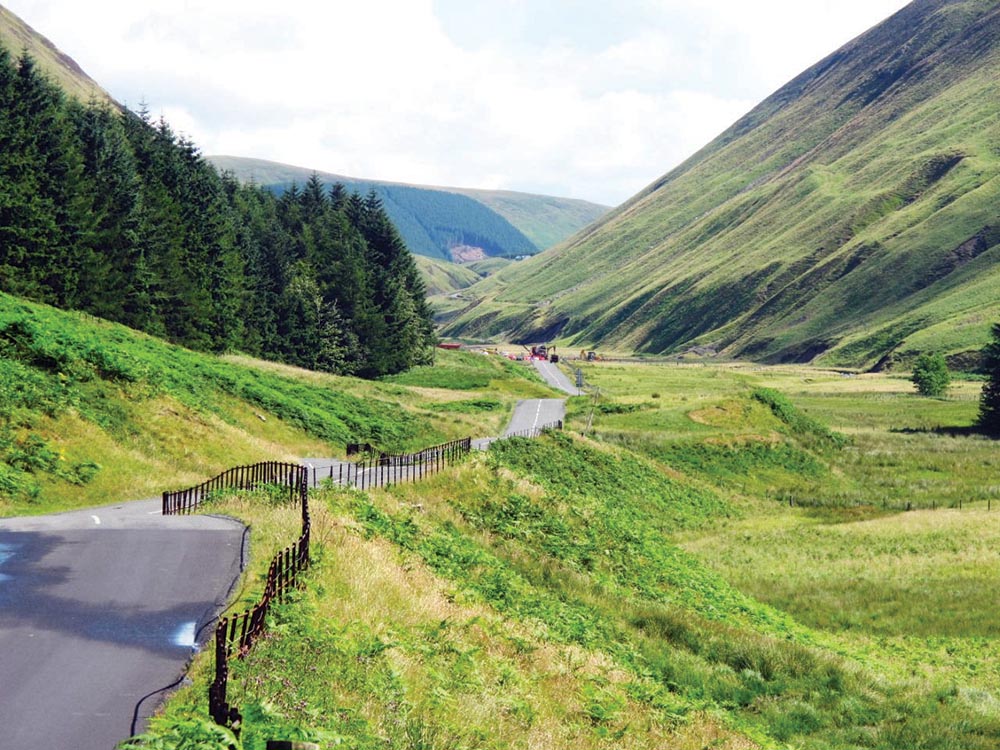 LONDON–EDINBURGH–LONDON
(1,433 km)
Taking place every four years, with the aim to ride from London to Edinburgh and back in under five days. Crossing the length of the British isle, the route meanders through countless graceful villages and stunning landscapes, making use of those typical quiet British country lanes as much as possible. It’s not technically a race, but once you’ve gotten to Auld Reekie you have just over 100 hours to get back to London town. londonedinburghlondon.com 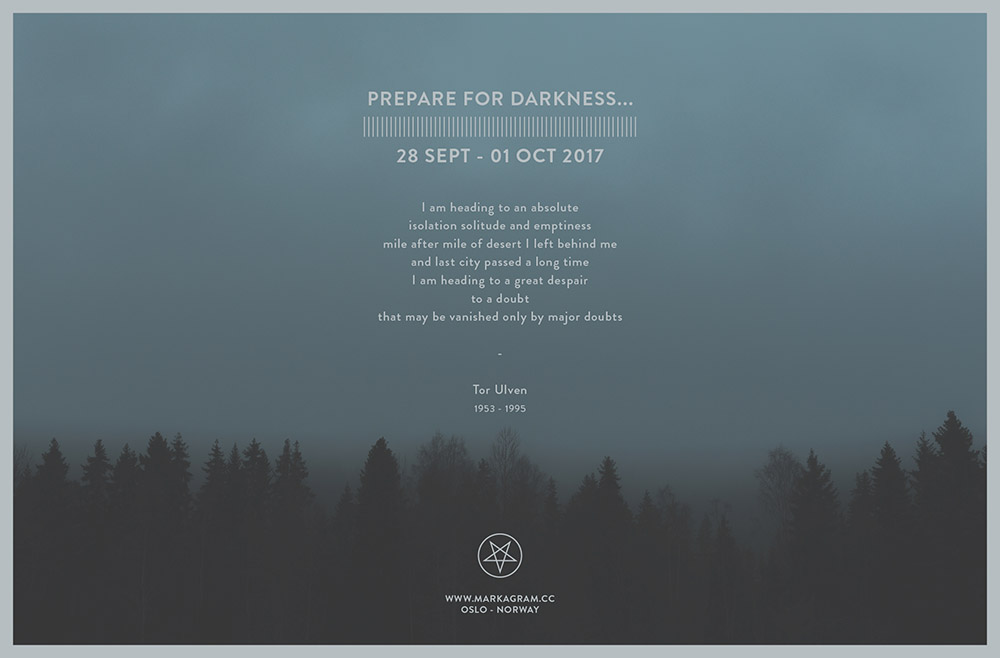 MARKAGRAM
(250 km)
When the darkness of autumn descends upon endless Norwegian forests, a selection of gravel riders will sacrifice themselves in the nightside eclipse to ride under the shadows of the horned one. A descent into their own psyche and the umbra of Norse culture, to emerge at dawn, a blaze in the Northern sky. markagram.cc 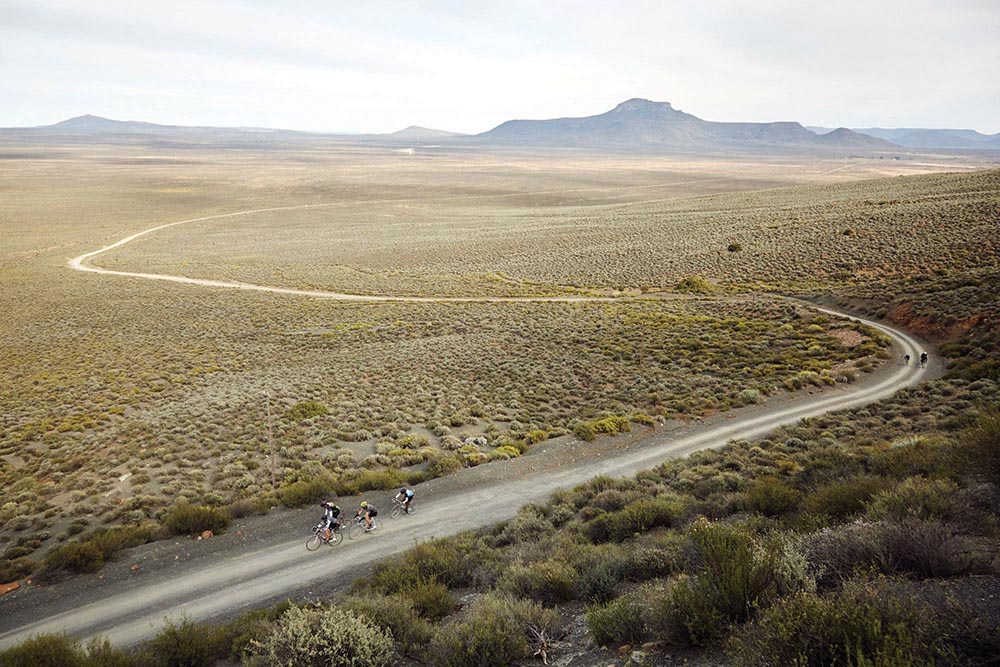 TOUR OF ARA
(800 km)
The Tour of Ara is a prestige race that is ridden mostly on South African-built steel bikes in the proud tradition of the early Italian multi-day stage races. Following a gruelling 800 km dirt-road route through the beautiful semi-desert Karoo, the Tour is as much a race as it is an exploration and celebration of this unique landscape and its native peoples. tourofara.co.za 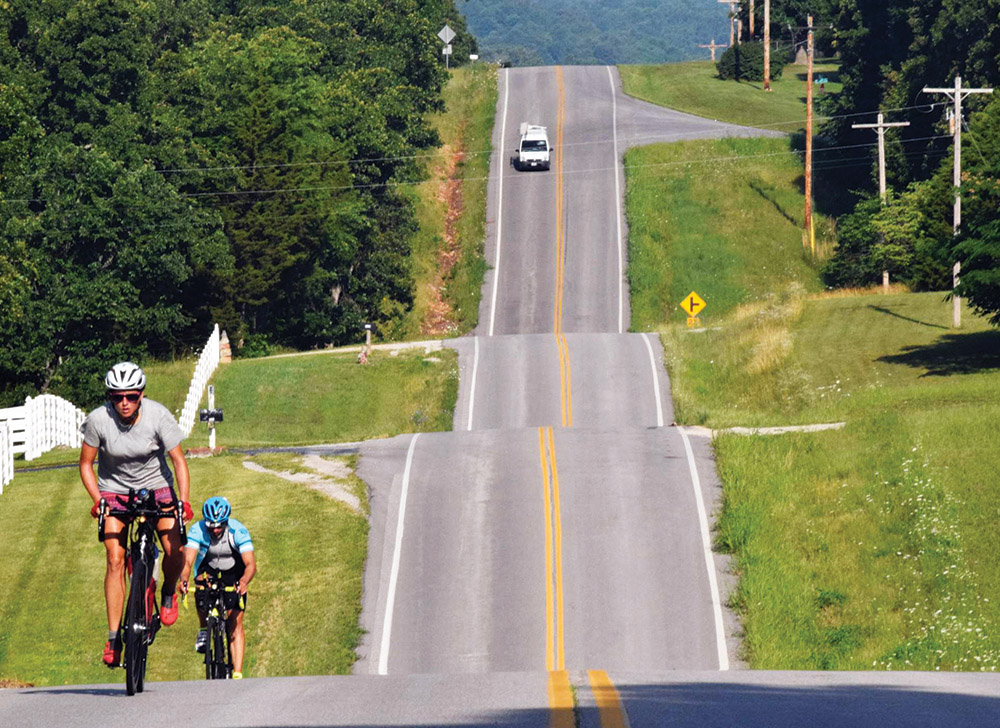 RACE ACROSS AMERICA
(4,830 km)
In 1982, four individuals raced from the Santa Monica Pier in Los Angeles to the Empire State Building in New York City. Covered by national television, the race captivated the public’s imagination. Traversing the breadth of the nation, the RAAM has since become synonymous with ultra-distance cycling, and is a veritable test of fitness and endurance. raceacrossamerica.org

JAPANESE ODESSEY
(2,700 km)
A solo, unsupported, one-stage endurance journey across Japan. Riders will visit ancient places of cultural significance and experience the magic of rural Japan that make this part of the world unique. The route isn’t set; apart from nine mandatory segments nothing is imposed. You can speed along highways or venture off the beaten track. The Odessey is not a race — successful riders will be those who accomplish the course within the 13 days. japanese-odyssey.com 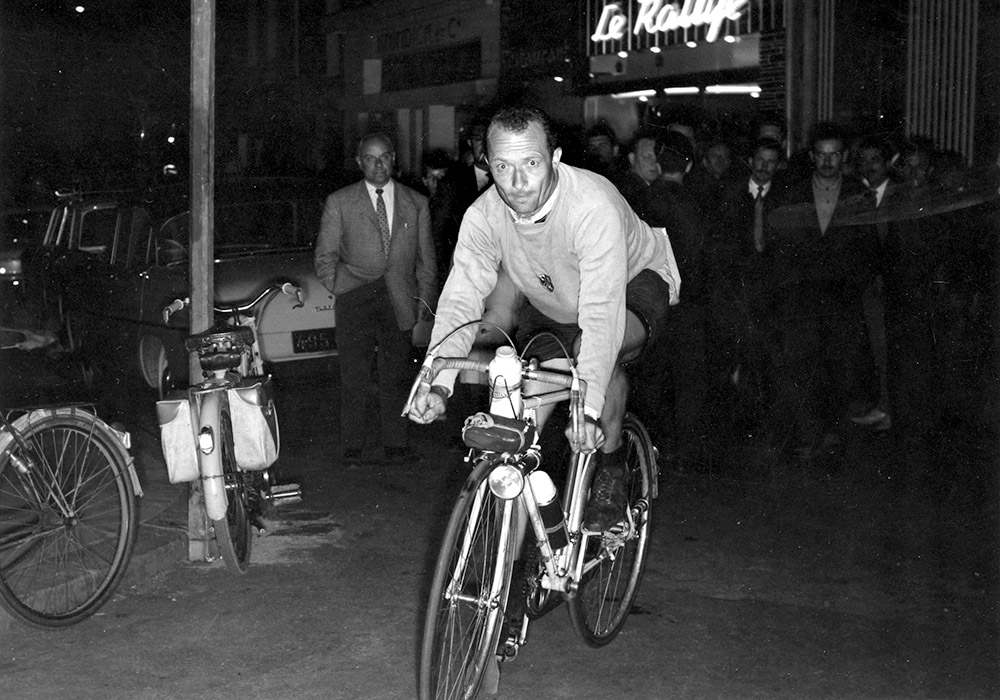 PARIS—BREST—PARIS
(1,200 km)
Existing in different formats — individual brevet and group audax — this is the classic route the pro’s used to ride prior to 1951. Notwithstanding the lack of famous montagnes, the somewhat flatter landscapes of northern France can be quite unforgiving if you haven’t slept for a couple of nights. paris-brest-paris.org

TOUR DIVIDE
(4,418 km)
From the Canadian Rockies to the Mexican Plateau, this is a challenge for the ultra-fit, but only if prepared for the myriad contingencies of backcountry biking. Decidedly not for sprinters, this battle royale requires a multitude of outdoor skills to withstand the mountain passes and windswept valleys, riding across grizzly and mountain lion territories. And then there’s the 16+ hour days you’ll need to spend in the saddle. tourdivide.org

WILD ATLANTIC WAY AUDAX
(2,100 km)
Next held in 2020, the WAWA is a traditional audax-style event traversing the craggy Irish west coast, where the landscapes are green and lush but the elements seem to never be on your side. Expect wind and rain, always. Riders will have a total 175 hours to complete the WAWA, riding an average of 12 km/h. wawaudax.com

RANDONNEURS NL
(300–1,000 km)
As is the case in many countries, there’s a bunch of Brevet rides to be found in the Netherlands. Making the most of the intricate network of our world-famous bicycle paths, there are a lot of events on the calendar, offering new challenges to riders of all levels of experience. randonneurs.nl

TRANSCONTINENTAL
(approx. 4,000 km)
One of the toughest enduro races in Europe, always fielded by strong riders. From the start in Geraardsbergen to Greece, the clock never stops. Besides four checkpoints, riders are free to choose their own route. Since the sad passing of organiser Mike Hall in March 2017, the Transcontinental is currently considering the best approach to honour both Mike’s memory and his wishes for the race in the future. transcontinental.cc 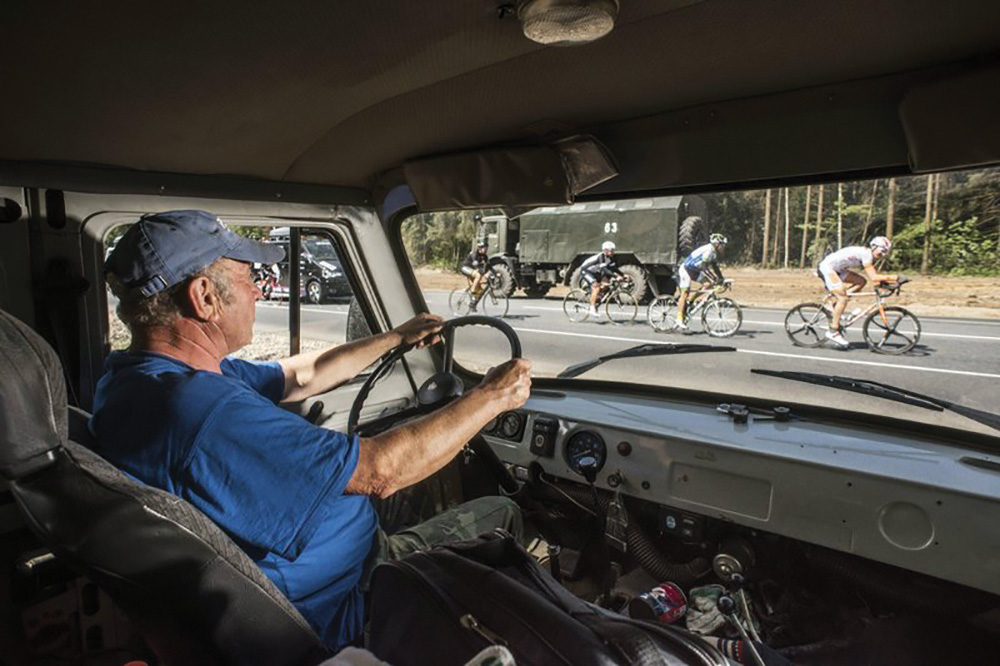 TRANS–SIBERIAN EXTREME
(9,200 km)
It’s a hell of a journey from Moscow to Vladivostok. The Trans–Siberian Extreme is a mammoth stage race, taking the most courageous of riders over the overwhelmingly rugged steppes of Mother Russia. In three weeks, they will deal with harsh terrain such as the Ural mountains, and also cross no less than five climate zones and seven time zones. redbull.com/bike 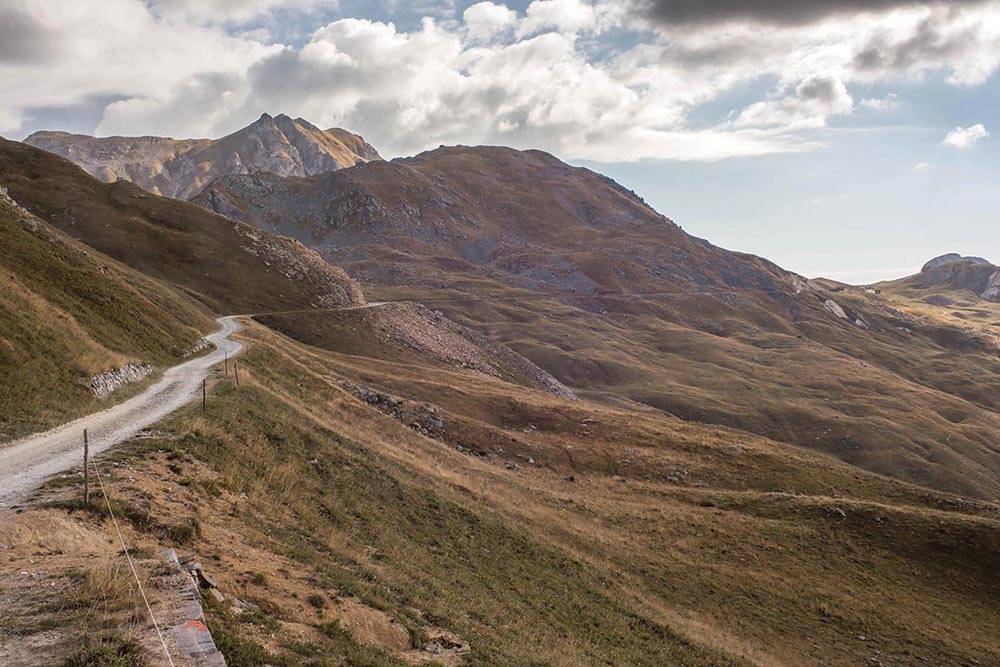 TORINO—NICE RALLY
(700 km)
A great example of how much great riding can be found in this part of Europe, this route follows a mix of roads and dirt tracks. It was created by linking extended dirt tracks and high cols to valleys and towns for re-supply points. Like a classic car rally, it should be a reliability test, an adventure with friends, and above all a memorable experience. torino-nice.weebly.com

CAPE EPIC
(691 km)
Over terrain which is at the same time staggeringly beautiful and horribly inhospitable, couples of riders will attempt to tame the South African wilderness in eight stages. Epic cross-country indeed. cape-epic.com 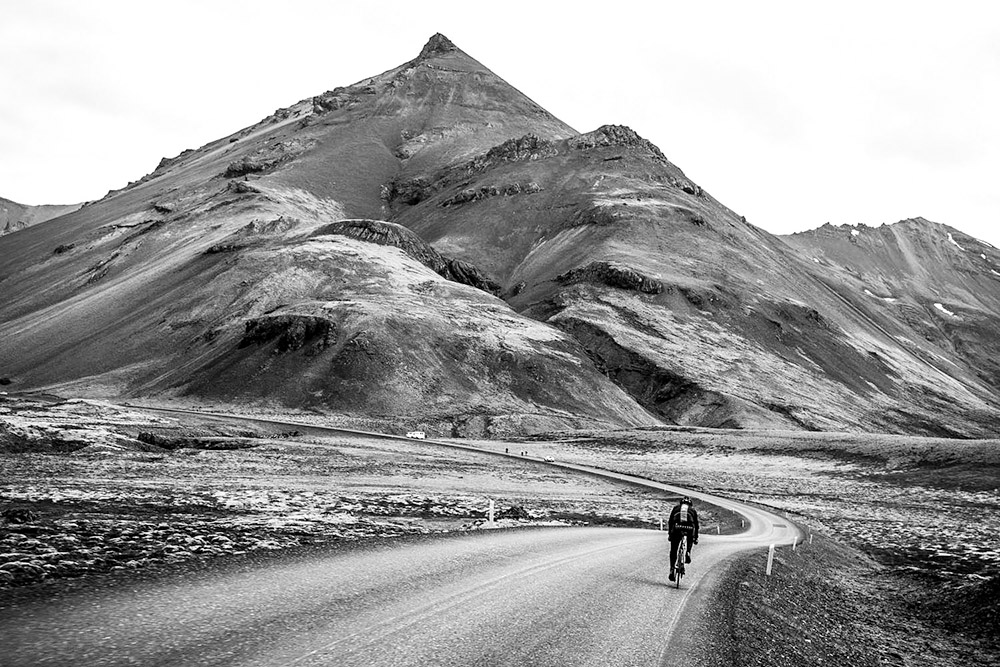 ICELAND CYCLOTHON
(1,351 km)
Originating from the idea of a relay race on Iceland’s Ring Road, the Cyclothon has become the ideal destination for enduro riders who want to experience the unspoilt beauty of Iceland’s landscapes. wowcyclothon.is

HAUTE ROUTE ALPS
(800 km)
A feast for the true grimpeur, the Haute Route Alps will lead along famous Cols and Passo’s. This is a fully supported ride with the aim to deliver the pro experience to the amateurs. hauteroute.org 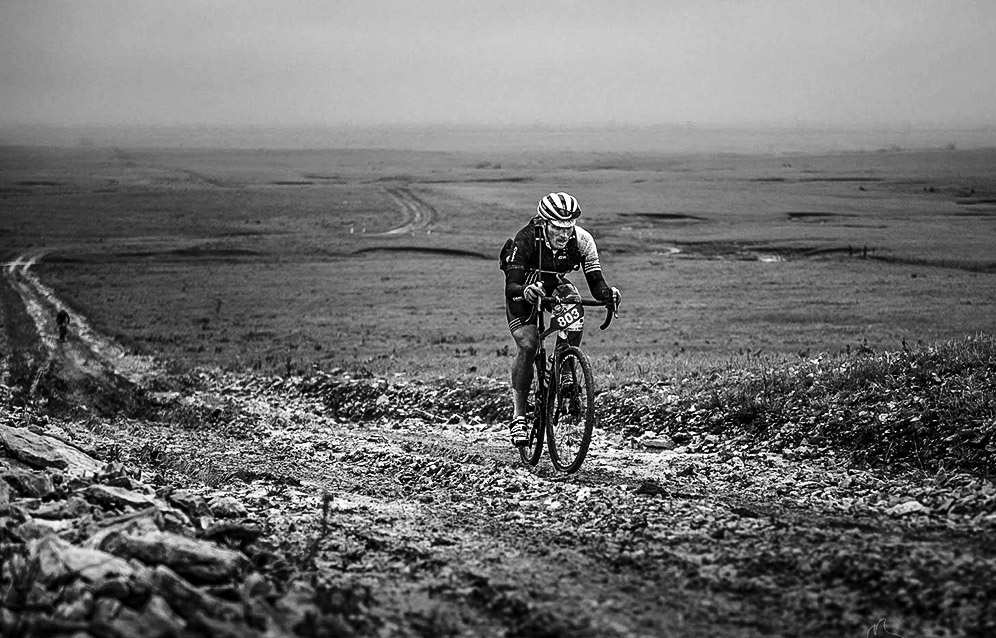 DIRTY KANZA
(320 km)
A true grass-roots event, the DK was created as a way to give back to the cycling community. Making full use of the remote and rugged Flint Hills, this is an enduro event of the highest order for the most fanatic of gravel grinders. dirtykanza.com 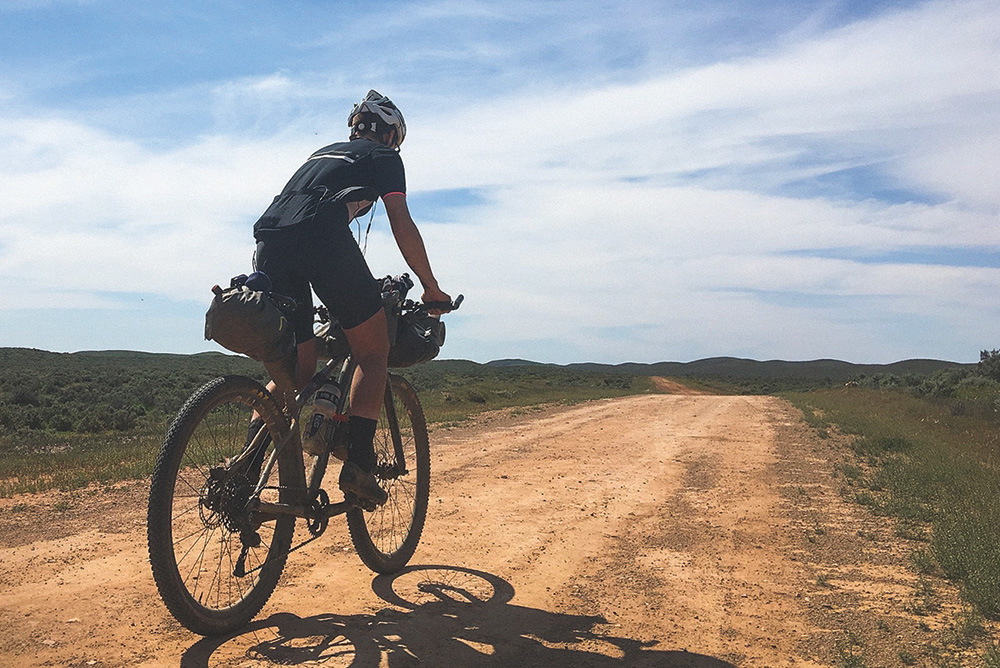 RACE TO THE ROCK
(2,300 km)
The inaugural edition of this self-supported race from Adelaide to Uluru, in the dusty heart of the Australian outback, was held in 2016. This route alone is enough to instil fear, however, add the unforgiving conditions, some flash-flooding and emergency hospital visits and this ‘taste of the real Australia’ takes on a completely different complexion. facebook.com/racetotherock 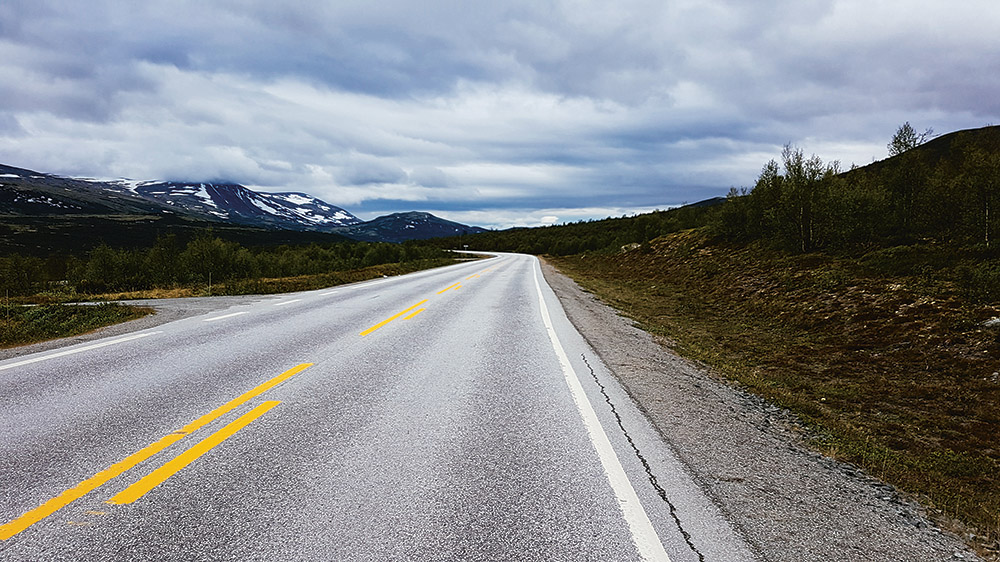 STYRKEPROVEN
(543 km)
The Great Trial of Strength, feared and loved by riders for half a century, is Norway’s oldest and perhaps most iconic bike race. Meandering past mountains and glaciers from Trondheim to Oslo, under the reflected glare in the sky of the midnight sun, riders will surely have to contend with the demanding climes that are likely to haunt the plains between the fjords. The scenery however, will more than make up for those slight discomforts. styrkeproven.no

RANDO IMPERATOR
(600 km)
A gem of a ride, this rando from Munich to Ferrara in Italy. In a couple of stages, riders leave the Bavarian forests, climb the Alps into the Dolomites, and descend toward the Italian plains, where good food and smashing weather — hopefully — reward fatigued coureurs. witoor.com/rando-imperator 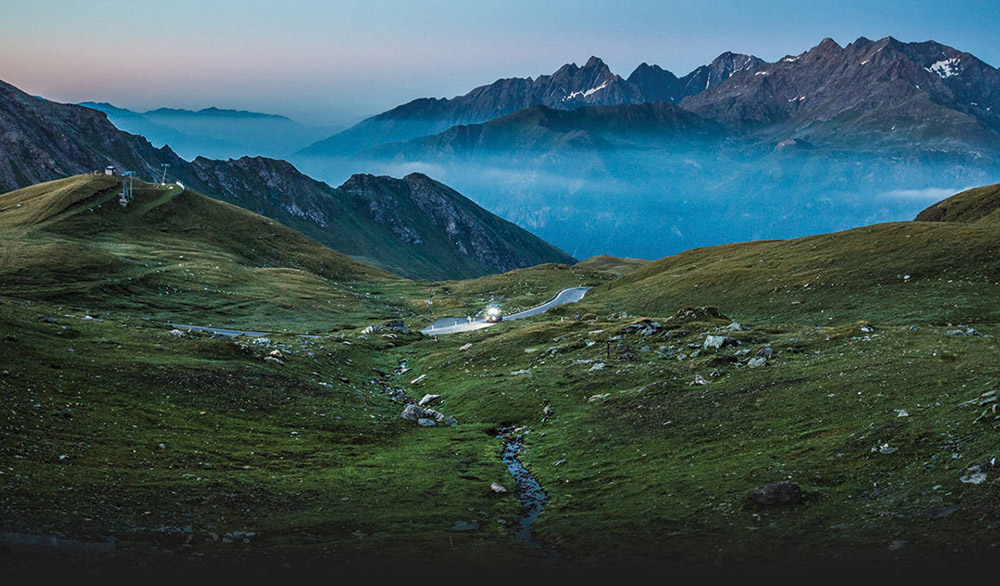 RACE AROUND AUSTRIA
(2,200 km)
Hugging the borders of Austria for most of the distance, this race will make you more than a bit familiar with the Alpine region, either by yourself or as a team. Expect a plethora of spectacular passes, famous snow-capped summits, quaint villages and scenic valley roads to be on the programme here. racearoundaustria.at 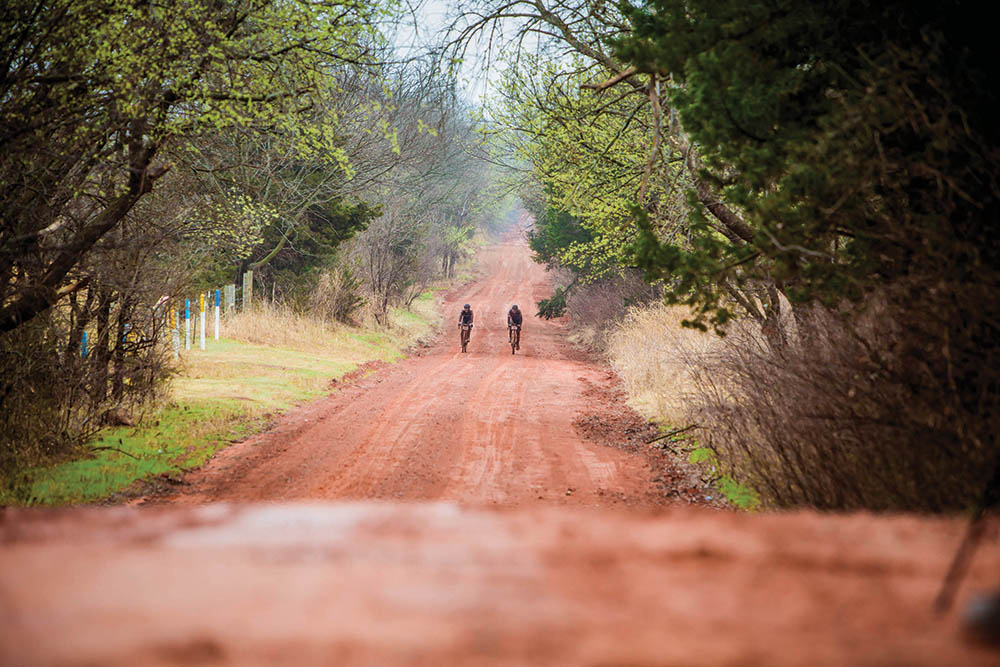 INDIAN PACIFIC WHEEL RACE
(5,500 km)
The IPWR is a solo, single-stage, unsupported race through Australia that takes the riders from the barren plains to lush wine producing valleys and bustling cities, riding alongside wildlife, local commuters and other bunch rides alike. This serves as a throwback to the original Australian overland cyclists who passed through the major cities on their cycling speed record attempts across the country. Entire towns lined their streets to greet these Overlanders as they rode through. Then, as much as they do now, stories of adventure and survival in exotic places captivated the public. These were the first bikepackers. Their history has been lost. Now, it’s up to us to make new stories. As we come to the end of the list, we cannot close this feature without referring to enduro-legend Mike Hall. He sadly passed away March 31st 2017, during the IPWR. Surely, future racers will honour his memory as they continue to pursuit new challenges and an escape from the ordinary, when traversing the wildest reaches of the world by bike. indianpacificwheelrace.com

If you liked this story consider purchasing Soigneur Cycling Journal 17 where it was first printed.

There was murmuring on the buses, which were tucked away behind the main square in Innsbruck, a short pedal from the finish line of the 2018 ...