Few people have changed cycling more than Lazer’s Head Helmeteer, Sean van Waes. The affable Belgian popularised helmet use at a time when almost no one wore one. We sat down with him in Antwerp to ask about the two decades he has spent in the sport—and that one time he embedded a diamond in Tom Boonen’s helmet.

__ORIGINS__ I got involved in Lazer via a very long route. I started in advertising. My father had an advertising company. I worked as his competitor. My dad didn’t like that too much, so I decided to move from Belgium and went to Lanzarote, where I started surfing. There are not too many Belgian surfers around, eh. While surfing, I saw some people coming out of the sea in wetsuits, and they were triathletes, so I thought, maybe I would like to do this triathlon thing. So, I did the Ironman in Lanzarote.

And after doing the Ironman, and wearing that helmet for six hours in the heat, I thought maybe you can do this product better. And that’s how I got started in the helmet business.

__HELMET ADOPTION__ In the beginning, it was very difficult to get racers to wear helmets, until it was obligatory, and even then they didn’t want to do it. One time, I was at one of the starts at the Tour de France. It was a very hot day, and it was a flat race, so Robbie McEwen was complaining to the press about having to wear a helmet. He said, “It’s a flat day, and it’s too hot. Why should I wear it?” And I’d just arrived there, and he saw me, and he said, “That’s the guy who is making me wear this helmet.”

At times, the riders even came back to the car five kilometres before the sprint to put on their helmets. Tom Steels did it at times, Oscar Freire as well.

It was difficult to convince pro riders to wear helmets, because they’d never had to, and they were pro riders, so why would they need a helmet? They definitely would not fall.

When I started at Lazer, you were a moron, or an American, if you wore a helmet when you were training. People thought you would definitely fall and would even avoid riding next to you. What changed after, for instance, the death of Casartelli on a descent at the Tour de France was that the UCI made helmets obligatory for professionals. Suddenly, your helmet was a part of your kit. You were a cyclist if you wore a helmet. After five years, you were a moron or unprofessional if you didn’t wear a helmet. People avoided riding near you, because you were a crazy guy.

__BOONEN__ And then we met people like Tom Boonen, who were very good examples for young cyclists and even wore helmets during training.

There was a period of two years when I left Lazer and went to work for a distributor. I met Tom in a bar. And I told him that if I went back to Lazer, I would make him a helmet that would cost much more than Petacchi’s bike. Petacchi was Boonen’s competitor in the sprints. So, how did I do it? I glued a two-carat diamond into his helmet when he won the Tour of Flanders.

That was exclusively for the riders. You had to win a classic race or an étape in the Tour, and you could only get one once.

I am a little bit Dutch too. I got the diamond board involved, so I didn’t have to pay anything for the diamonds.

__WHY WEAR A HELMET?__ Well, actually, it’s simplest to compare it to a condom. When you wear a condom, maybe you wear it 100 times, and 99 times you don’t need it, but that one time you need it, you are very happy you wore one 99 times before. It’s the same with a helmet. If you would know that you were going to fall, you would wear a helmet. But you never know when you are going to fall. If you wear a helmet 100 times, that one time you need it you’ll be very happy you wore it those other 99 times. So, that’s why I wear a helmet—and a condom. 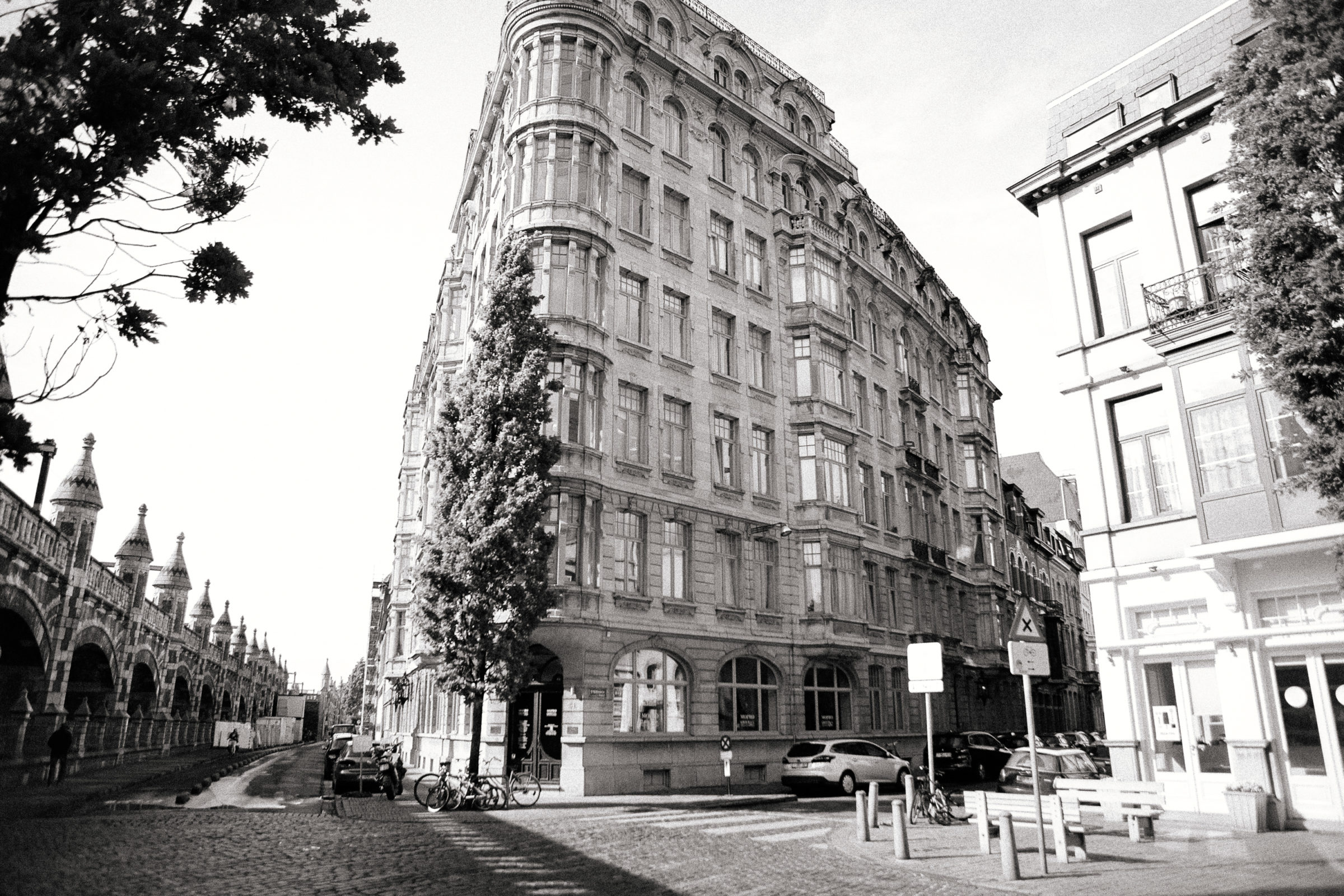 __ANTWERP__ What is special about Lazer having its headquarters in Antwerp is that Antwerp is the fashion centre of the world, the diamond centre of the world, and the classics are raced here. So, we are very near to the Ronde van Vlaanderen, the Scheldeprijs, and I think the combination of all these, with all of the colleagues we have here, makes us a bit rock n roll, and gives us a twist of humour, but above all decency.

It’s a pretty safe city. We are investing a lot in bike paths. There’s a bar on every corner. We also have a lot of culture. The big fashion museum is here. We have Brueghel and Rubens in the classical museum. It’s a cool city, but it looks like a little village.

We’re in the middle of the orthodox Jewish community. It’s a diamond centre, and there are a lot of Jewish people working in the diamond industry. It’s really centrally located and nearby the central station, which gives us direct connections to Schiphol and Brussels Airport and then the rest of the world.

I always ride my bike in the city. There’s a lot of traffic here, so it’s the fastest way to move around.

On Wednesday, everyone in the office gets one hour off if they go biking with me, but then they have to go biking for two hours. We do 60-70 kilometres, and then we go and have a beer.

It’s a bit different from my competitors in California. What they do after a bike ride in sunny California is go for a juice.

There was this time that Specialized, or Giro made a film, and they were like, look, this is outside our office, and you saw the sea and Santa Cruz, and then you saw Specialized’s office, and it was in an industrial park, and then they showed Lazer’s with a Google picture from on top in the city. I then sent a picture out of wet cobblestones at the Ronde van Vlaanderen, and I said, “Who do you trust more to make a helmet for when you crash?” If you want to train here or ride your bike here, it is not always Californian sunshine. It’s pretty harsh. It can rain. We have cobblestones. There’s a good chance that you might fall.

We’re hard working people, but we like to play hard and train hard, but always with a bit of fun.

We don’t like to take each other too seriously, but we take our jobs very seriously.

__HEAD HELMETEER__ When I started working at Lazer, it was very corporate, very French. So you had to be account executive, sales account executive, and I said that the moment I take over this company, I want to change my title to something less corporate. Hence, Head Helmeteer. The only problem was that we also had someone in our R&D department who was a specialist in aerodynamics, so we called him air head. He didn’t like that title.

__LEGACY__ The company was founded in 1919, when we produced leather garments for protection against the weather for the first soldiers who used bicycles. The first helmet that Lazer made commercially was a motorcycle helmet. We did motorcycle helmets before we did cycling helmets.

Lazer got involved in making cycling helmets in the 50s, with the hairnets, or leather sausage helmets.

I think in 100 years, we’ll still be here. We became a part of the Shimano Group in 2016. For the next 100 years, we’ll still see a lot of new technology. Smart helmets are definitely one of the technologies. So, helmets that would understand what you are doing, take all of your information from your brain, from your sweat, from the position in which you are riding and translate that into a smart box that can communicate with you and other people. Smart technology, for Lazer, is meant to help the rider while he is riding, not only protect him if he crashes.