Jacques Anquetil won’t be riding this Tour, and that’s as it should be. He’s won four of them in succession, and he’s achieved the impossible. His wins have been so infinite and so bleak that they have rendered the Tour de France, the greatest show on earth, utterly monochromatic. He has turned mountains into molehills, but now, mercifully, he has abdicated. Of course Poulidor will win, because God exists, and the Tour is the Tour.

“Poulidor will win. This time, he will win.”

“Yesyes. This time, Poulidor will win.”

The Salvarani cycling team is sending Vittorio Adorni to the Tour. Adorni has won the Giro by 11 minutes, and they think he can win here as well. They think he can win because Anquetil is absent, but his Tour record suggests otherwise. One abandon and one tenth place, 13 minutes behind Poulidor. The Giro is the Giro, eh Adorni?

They are deploying 22-year-old Felice Gimondi to help him, because what harm can it do? He’s a talented boy, he finished third at his debut Giro, and they tell him he can go home when he starts to feel tired. They tell him the Tour will be an “adventure”, and he believes them. On the second day, he bridges across to the breakaway and finishes second. It would have been better had he won, but it doesn’t matter. Without Anquetil the Tour is already better. It’s much freer, and much more democratic. 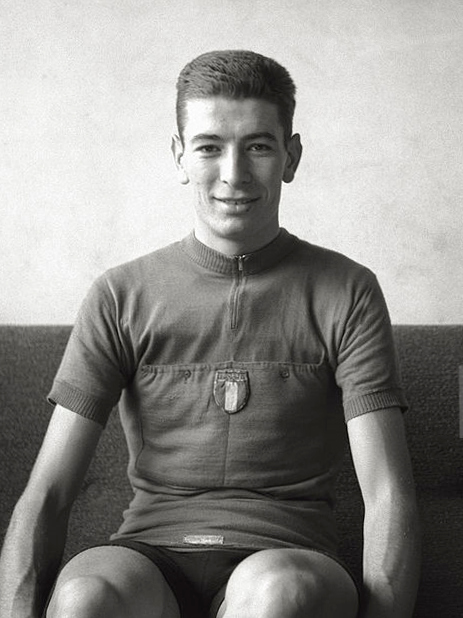 Gimondi does it again the following day, and this time he wins. It’s his first professional victory, and they give him a lovely yellow jersey. He’s on the front pages with Poulidor, and the following morning they have him lark about in the town square. France loves Felice Gimondi, and what’s not to love? The sun is shining, there is no Anquetil, and Poulidor is coming.

It’s very early, but even so that is a very good time trial from Gimondi. He loses only seven seconds to Poulidor, and it’s easy to see how he won the Tour de l’Avenir.

“That was a very good time trial from Gimondi.”

On stage nine, they reach the mountains, and Adorni is sick. He abandons at the bottom of the Aubisque, and Gimondi rides in alongside Poulidor. Wolfshohl is nowhere, and Van Looy, Anglade and Janssen are out of it.

“He will be a champion one day, this Gimondi. He rode the Giro, didn’t he?”

“This is perfect for Raymond.”

“Perfect for Raymond, yes. It couldn’t be better.”

Nothing happens in the Pyrenees, and it transpires that Gimondi’s father is a truck driver from a place called Almè. His mother is a post lady, and he and Motta have always been rivals. Raymond will come soon enough, but it’s important that he wears the jersey in Paris, not Perpignan. For now Felice Gimondi is enjoying his day in the sun, and he has a yellow jersey for everyone. This one for the Ghisalberti family, that one for mother and father. This here for Pirovano, the massaggiatore, that there for the Salvarani brothers…

He cracks on the Ventoux because he is 22¾, and because the Tour is the Tour. Thirty-four seconds now, with two time trials and the Alps to come. The Tour will finish on Bastille Day, with a time trial into the Parc des Princes. Gimondi will be gone by then, and what a party it will be. The Izoard is the Izoard and it will only take one big heave. Just one big heave, Raymond.

Gimondi attacks Pou-Pou on the Izoard, because he’s just a naïve young boy and he obviously hasn’t learned how to race. He takes a few seconds, but wastes precious energy.

“It says here that Gimondi lost 82 seconds to Adorni at the Giro time trial.”

“What do they mean by that?”

“They mean that he lost 82 seconds. To Adorni. At the time trial at the Giro. Are you angry with me?”

“Not at all. I’m sorry if I seem angry, but I haven’t been sleeping so well. How long was that time trial?”

“Well that depends then.”

Gimondi attacks again the following day, on the Col du Granier. Raymond rides within himself, and this is his fourth Tour de France. All of France is behind him, and Gimondi has been foolhardy. Everything will be fine, and there is nothing to worry about. The first time trial will be up Mont Revard, and Gimondi will pay because he’s become a little insolent. He’s Italian, so what can you expect? Pou-Pou will take at least a minute, and that will be enough.

“Do you think a minute will be enough?”

“Yes. There’s no way Gimondi can keep this up after the Giro.”

“Me neither. Tomorrow, we will see.”

Gimondi starts quickly, but when he hits the climb he starts to labour. He starts to look tired, but what is happening to Poulidor? He looks like a man trying to ride a bike through a forest, and the harder he pushes the more time he loses. The closer to the top he gets, the darker it seems to get, and nonononono.

The Italian is a little bit cocky, but he will win the Tour if he doesn’t collapse on Sunday. It seems that Poulidor has learned nothing these past few years, and the reason he loses is because he keeps making the same old mistakes. 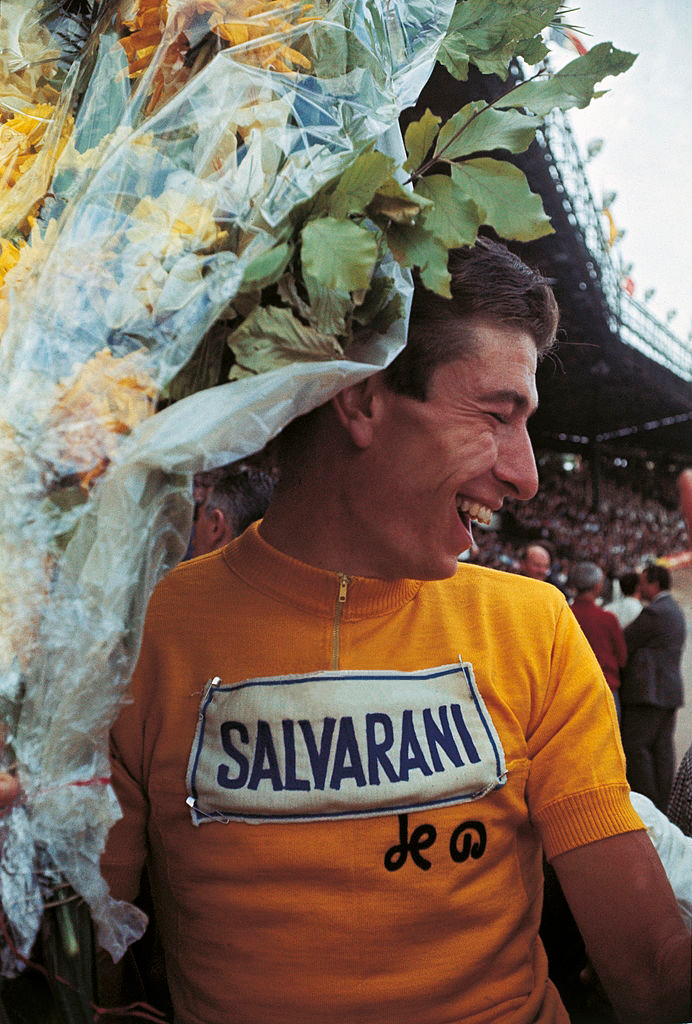 “Poulidor is hopeless, isn’t he?”

“Yesyes, and I’ve been saying it all along. I’ve been telling you for three weeks that he’s hopeless, but you wouldn’t listen.”

“The problem with Poulidor is that he keeps making the same mistakes.”

“Every year, the same mistakes.”

It’s been a terrible Tour de France, this.”

“Terrible, yes. You wait all year, and then it’s like this.

“The worst Tour ever.”

“No question. The worst ever.”

Felice Gimondi wins the time trial on Bastille Day, and Gianni Motta is second. Poulidor is third, because he has made a mess of everything. Congratulations to young Gimondi, because he’s a deserving winner and a nice, humble, talented boy. He’s won the Tour, but a Tour without Anquetil is barely a Tour at all.

“This Tour has been a waste of time.”

“Yes, but Anquetil will be back next year and it will be much better.”

“Yesyes. I always said a Tour without Anquetil is no Tour at all.”