I first interviewed Greg LeMond during the final dark days of Lance Armstrong’s reign, in the bloody aftermath of the vicious spat he had with the Texan. It was a time when many journalists were accusing Greg of sour grapes, of jealousy, and even of some sort of deeply resentful unhappiness. That was certainly not the man I met. He wasn’t remotely big-headed or the archetypal brash American, and he certainly wasn’t the bitter and twisted individual people painted him as at the time either — he’s what Americans would call a regular guy and he’s really good company.

Whatever your walk of life, the ‘establishment’ can be a powerful force, and whatever the crowd’s opinion is very often becomes the norm. Such was the way with Greg, because cycling’s establishment is no different than any other, even back then. If you have any sense, you look beyond all that and ask questions. So I did. Greg told me a lot of things and much of it was news to me. I sat for hours with him and his wife Kathy that day and I barely said a word. He predicted the impending downfalls of riders that we all now know about and the cycling rollercoaster that was about to derail and fly into the air… It was an extraordinary day.

I couldn’t print any of it.

I’ve been asked recently if we could have made this book in those days and I do wonder. Perhaps, it would have been too raw for the establishment, especially since they couldn’t cope with what Greg was saying and simply shut him out. No bother, he thought. He wasn’t backing down either, and I liked that. But more interesting to me was that it wasn’t the first time that hindsight had proved that Greg was right and they were wrong.

When I arrived at Minneapolis airport ten years later, I was shuffling through immigration control. Greg had invited me over and agreed to help me put together some sort of biography of his racing career, a celebration of his abilities as a bike racer. I wanted to show that he wasn’t just a Tour de France winner and world champion. His palmares demonstrated his varied skills too, and I thought that story needed to be out there, but without the outside noise and all that shitty stuff — just the racing days. 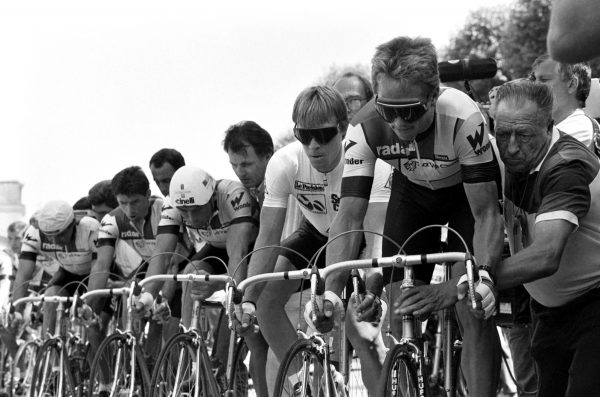 Entering the USA for any ‘outsider’ is always a laborious task. After a ten-hour flight, standing in line is way down on the list of activities you’d like to be doing. Despite the wait, the immigration official is polite and courteous. She appears to be around my age and asks what my business is and I reply that I am here to interview Greg LeMond. “Who’s he?” is her next question. “Three-time winner of the Tour de France, double world champion, and arguably Minnesota’s most famous sports personality? Never mind…” I reply.

Welcome to the USA.

Initially, I was a little surprised, but it also made some sense. When Greg won his last Tour de France, cycling was still a small sport in America and despite Greg’s successes it never really engaged the imagination of the American sports fan — after all, they mostly like stadiums and popcorn. Anyway, why would she know him? He wasn’t on TV much and as his career drew to a close he never pursued the spotlight, instead he went riding, he went fishing, and got on with life. Like many retired pro riders, he’d probably had enough excitement, heartache, and betrayal to fill a lifetime, so who can blame him? 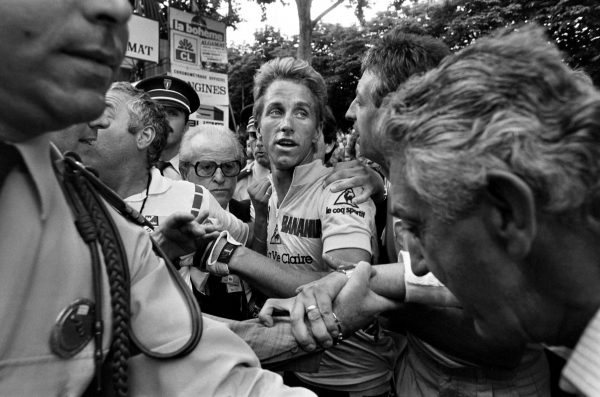 There’s a scene on YouTube that I watched again and again whilst I was researching the book. It’s from the 1985 Tour de France. Greg has just been told on the road that he can’t go for the win in the Tour that day; his late escape with Stephen Roche had its wings clipped by the La Vie Claire bosses, because they wanted Bernard Hinault, Greg’s team leader, to win. The scene is filmed shortly after the stage and behind the finish line, away from the spectators but still in front of the cameras and huddle of journalists. He’s openly arguing with Paul Koechli and he’s getting nowhere. Frustration, rage, and betrayal are etched across his face. He’s uncomfortable and looks as if he’s about to punch someone too, anyone. At this rate probably Koechli. Greg’s mad; he’s mad in a way that makes him look a little like a teenager who’s just been grounded, with injustice eating him up inside. And if he knew then what we know now, he’d probably be even madder.

Again, of course, hindsight would have told him not to wait for Hinault in ‘85. He was so strong that year that he could have attacked him again and again. As the race went on, he could have dropped the Badger and won the Tour, but he didn’t. Call it naivety, call it loyalty, but Greg did what he was told and that hurt like hell. Maybe that makes Greg seem a little more human, like one of us, but my point is that in these days of the ‘press-trained robot rider’ nobody would ever express this much emotion in front of journalists. The spats in teams are now sorted out behind the heavy curtains of the team buses and we never see the fights, the rivalries and bitter struggles for leadership. It makes you realise that cycling has lost its ‘edge’. These are the bits that add to the drama after all.

Cycling in the 1980s was a brutal way to make a living and if you didn’t have the talent or the influence it was a short and fast career. Greg LeMond had the talent, he had more talent than any one of his peers, but he also had the fight to question the system and stand up to that system when it wasn’t playing ball. His Tour wins in 1986, 1989, and 1990 were never easy, although they showed his ability could be put to good use when he was really up against it. If he was in a corner he was even more dangerous, because very few could break him — on or off the bike.

Otto Jacome, Greg’s soigneur and lifelong friend in cycling, told me that Greg has an innate sense of justice, of what is fair and right, and he will stick up for those around him who are being picked on or bullied just as much as he would for himself. And everyone I spoke to whilst making this book all said the same thing about Greg LeMond, and that is that in many ways he was the little guy. Some say he needed that fight because it fuelled his will to win, and yet, despite his victories and star status, Greg remained the outsider and an underdog. His great strength was that he didn’t see how that could stop him. 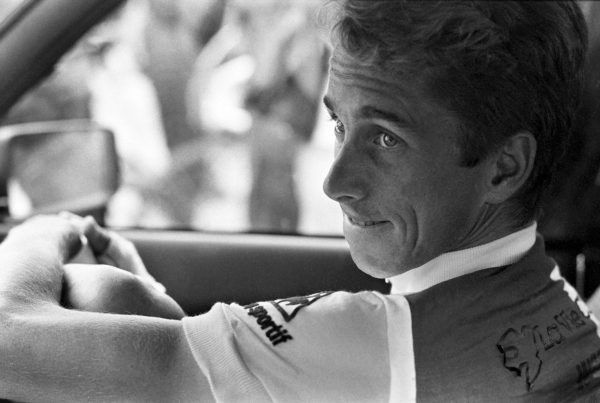 Greg LeMond: Yellow Jersey Racer by Guy Andrews is published in the USA by Velopress, in the UK by Bloomsbury and is also available worldwide via Rapha’s outlets.