I’m sitting outside the Rapha Spitalfields clubhouse with Andy Carr of Spoon Customs. Next to our table – resplendent in its multi-hued ‘flip’ paint – is his Izoard Road Racer. ‘I’ve always wanted to build custom bikes,’ he explains. ‘In the way that you daydream or procrastinate about a particular idea. But you put it off and enter the world of work because people tell you that it’s too hard or you don’t know enough about it.’

Following art school, the work in question turned out to be graphic design before a move into marketing. But the nagging realisation that life wasn’t proving fulfilling led to a blagged trade pass to Eurobike along with the idea of opening a London-based bike shop.
‘But I came away with more questions than answers,’ Andy continues. ‘Principally because I’m not comfortable selling something that I don’t fully understand. And that simply buying a frame from a third-party manufacturer wouldn’t afford me enough control over its design and provenance.’

Returning to the UK a little deflated, Andy took some time to consider these questions before enrolling on a frame making course with the Bicycle Academy. ‘I decided that, even if I chose not to continue making frames myself, it would nevertheless help to understand the engineering principles of the build process.’
Ten days later Andy had fabricated his first frame but with the realisation that he would still need to outsource manufacturing when the time came to launch his custom bike business. ‘I’ve got this slight tremor in one hand,’ he points out. ‘Nothing debilitating but a problem when it came to holding a brazing torch.’

With this prototype frame ‘tattooed’ with an intricate design by Sam Dunn, Andy could now begin his search for a manufacturer that would meet his exacting standards and finally fulfill his longheld dream of founding Spoon Customs; a name I suggest originates from metalwork design heritage?

‘Most bike companies are eponymous,’ he states with a smile, ‘but, for me, that would mean something along the lines of Carr Bikes which I didn’t feel made a lot of sense. Spoon was my nickname at school and Customs is a nod to the American hot rod scene.’
A reference that becomes immediately apparent with the Izoard RR as Andy goes on to explain: ‘This model is kind of tricked out. Slightly retro but dialled in performance-wise. I like the notion of customising every single aspect of the build; even down to the details on the tyres. But it’s never been enough to simply make a bike that looks good. The Izoard is light and fast because we set out to make a really beautiful steel frame that would be just as relevant as the latest carbon bikes. It might have crazy colours and design cues but we’re not stuck in the past.’

His search for a manufacturer eventually led him to Northern Italy. ‘My builders are lovely people with a passion for fabricating frames and they simply ticked all the boxes. But that’s after knocking on a lot of doors and not always getting a very positive response. You have to remember that this was before the business was launched when I wasn’t a limited company and didn’t have a VAT number. But you keep on making enquires and visiting factories until you find what you’re looking for.’ 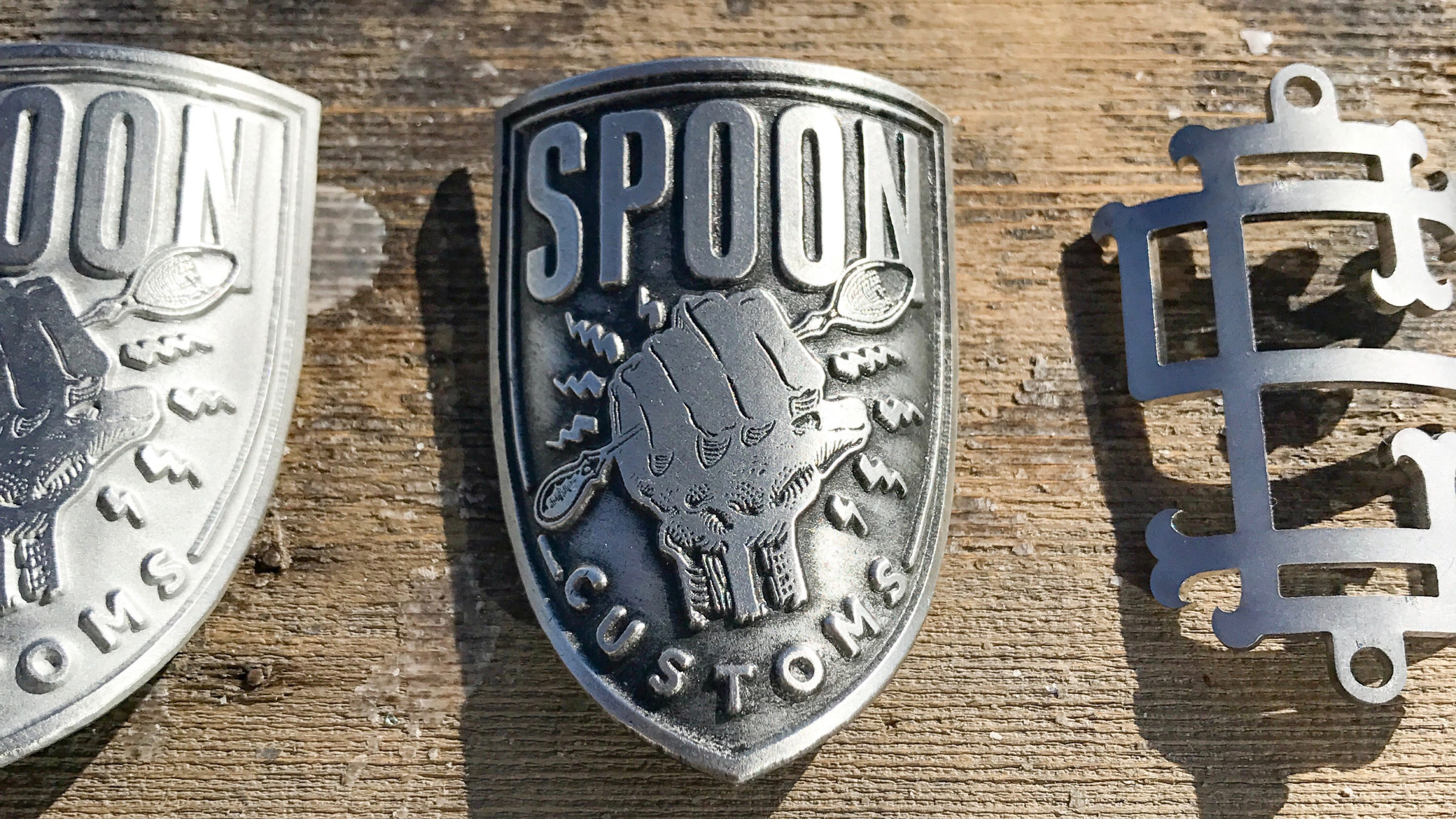 In terms of an aesthetic, customers are encouraged to provide a Pinterest ‘mood board’ with the Izoard RR as a starting point in terms of a build specification. With an eclectic range of components from companies such as 3T, Brooks, Campagnolo and Spin Industries, Andy is keen to stress that nothing is chosen in a tokenistic fashion.

‘We’re building bikes but we’re also building relationships. And Spoon Customs is a relatively small company so I needed a lot of faith from these suppliers; more yes’s than no’s. I’m chasing a dream and I can’t work with people that say something’s too difficult.’

‘Take 3T, for example. After every meeting we go for a ride. A lot more fun than my old job [laughs] and Brooks was an obvious choice for the contact points. We’re testing in the Alps and building in Italy, so specifying parts with such an undeniably traditional heritage is a nod to our British design roots.’ 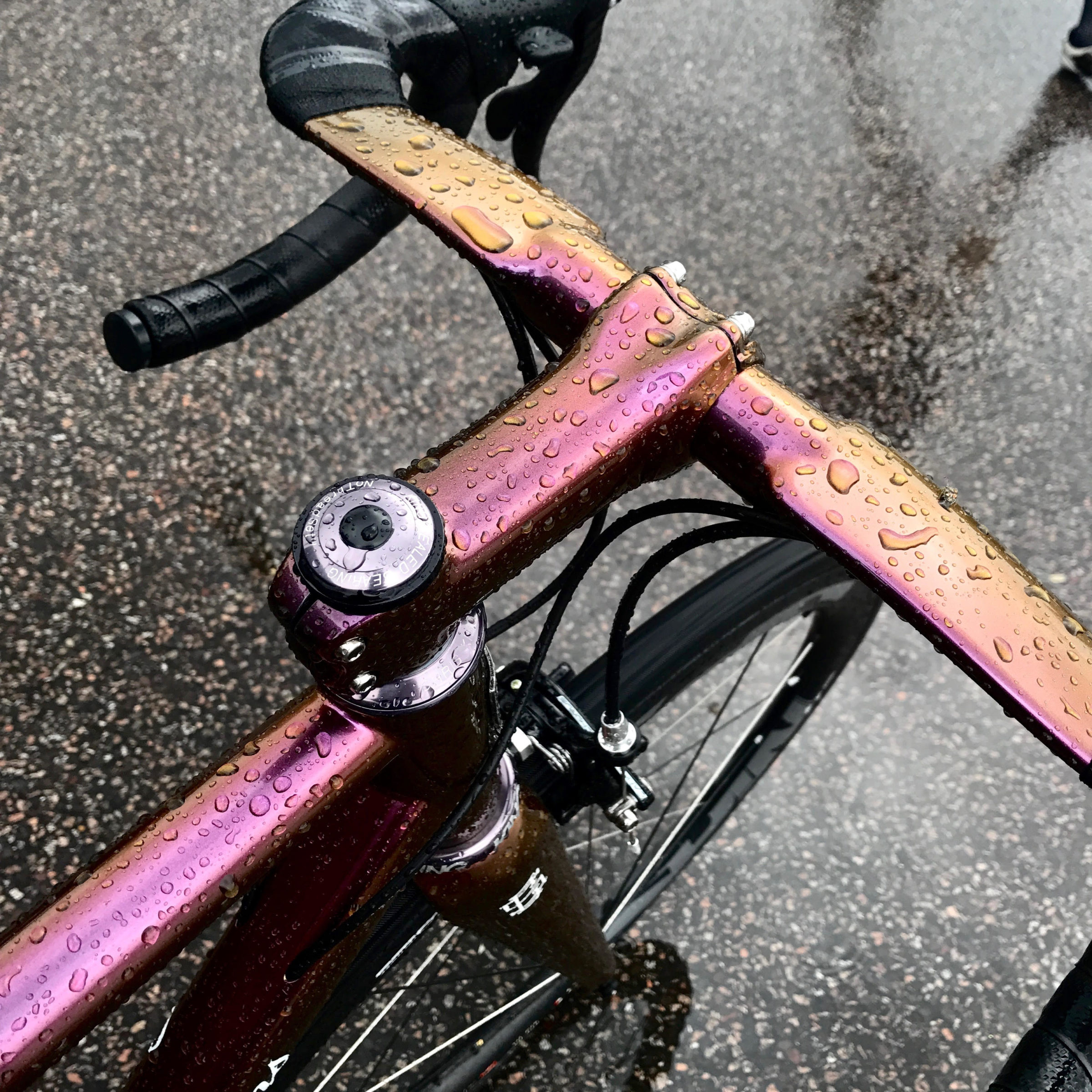 With a disc-brake equipped adventure bike already in development and plans to build a fixed wheel to race in the Red Hook Crit series, for the moment the Izoard RR is the reference point for where Andy is taking Spoon Customs: top-end performance in a beautiful package.

‘Some of that comes back to the anxiety that Spoon Customs has to be as good, if not better, than everybody else because I haven’t actually got the brazing torch in my hand. It’s like when a friend asked me what I was doing and I started by explaining my vision of Spoon Customs and what we’re producing but she didn’t quite get my role.

Because basically I can’t braze, can I? I’ve got a shaky hand. And she found that really refreshing. For an individual to admit they can’t do something. But we’re not trying to be something we’re not. We’re just making some really cool bikes.’

‘I can’t pretend that it’s been easy,’ Andy suggests as we finish our coffees. ‘But to make a bike that we’re proud to offer to our customers – to see it in paint for the first time – has been a whole load of pinch yourself moments.’