Rough Stuff Cycling in the Alps

I’ve been riding in the Alps for about a decade now – first on a charity ride and then, as I began to write more about cycling, as research, inspiration, escape.

I’ve stayed in Nice a lot on and off over the years, and lived there for a bit, and so the Alpes-Maritimes, where the mountains dip their toes into the Mediterranean, are my favourite bit. They’re less well known than the north, and wilder, too, and the frontierlands with Italy are a pristine national park, full of intriguing military ruins, ibex and wolves.

Out of my obsession came two books: Higher Calling, exploring why cyclists love riding in the mountains, and Bunker Research – a photobook made with Camille McMillan. It documented the concrete WWII bunkers ranged on either side of the French/Italian border and we called it ‘the hidden history of modernism in the mountains’.

I guess the question, once you’ve done Galibier, Alpe d’Huez, Stelvio and all that, is, what next? How do I go higher, further, better than I’ve done before?
Many cyclists seem to spend their lives answering that – or trying to – in a way that makes sense to them.

For me, after watching the snowploughs at work on the Col de la Bonette, and hanging out for a week with shepherds looking after the highest sheep in Europe, that answer was to explore the dirt tracks, old military strade and paths of the Alps, away from the roads. A trip to the legendary Col du Parpaillon whetted the appetite. 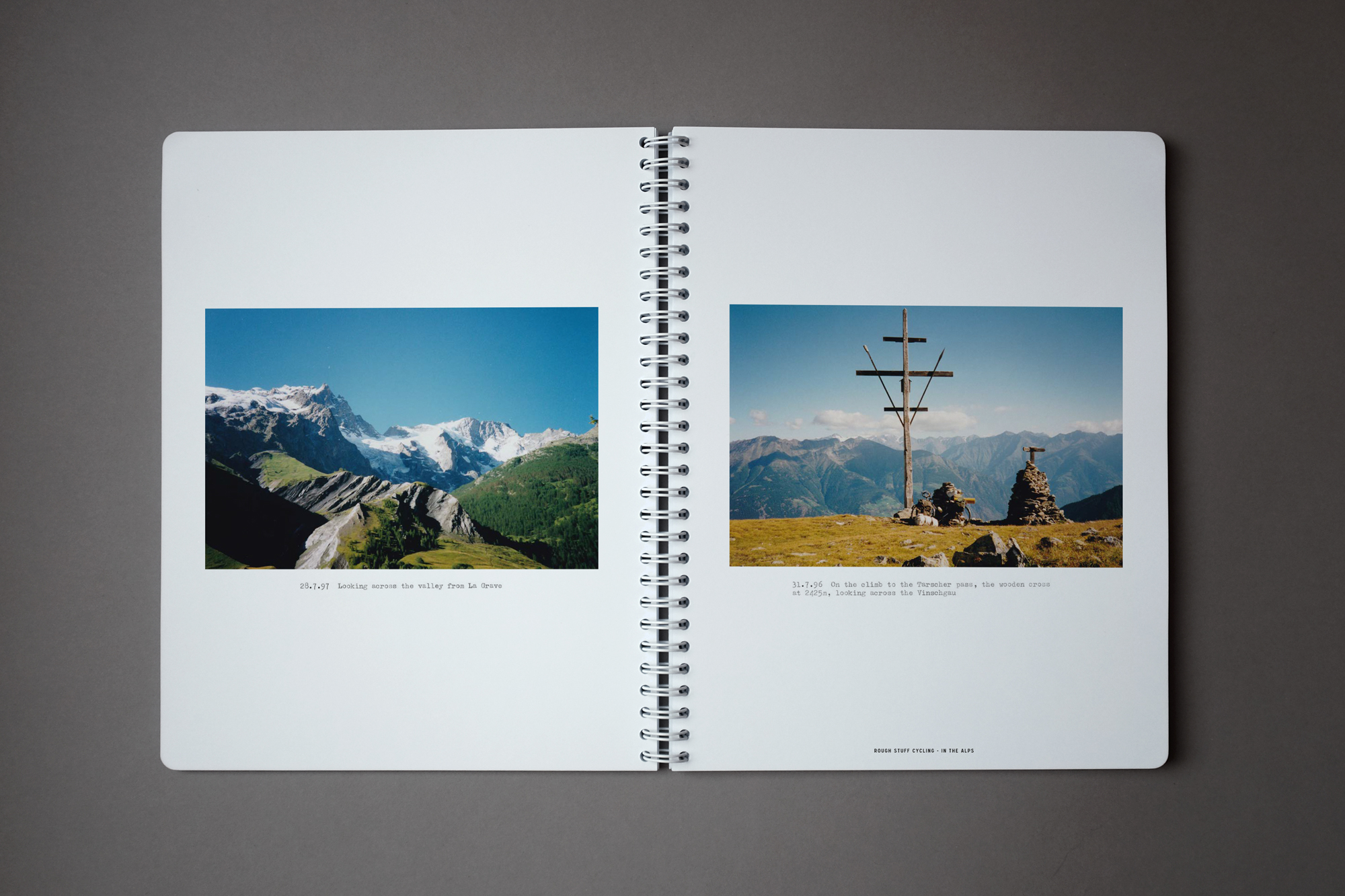 When I was researching these books and these journeys two names kept coming up: Fred Wright, and his book Rough Stuff Cycling in the Alps. In it Fred had compiled the collective wisdom of generations of riders who pioneered riding the ‘rough stuff’ – riders who headed into the high peaks armed only with touring bikes and canvas rucksacks, sandals and floppy hats, crossing mountain ranges and joining up towns and famous cols on little-known gravel tracks, dirt trails and even glacier traverses(!).
This was gravel biking before gravel bikes – mountain biking before mountain bikes, in some cases. 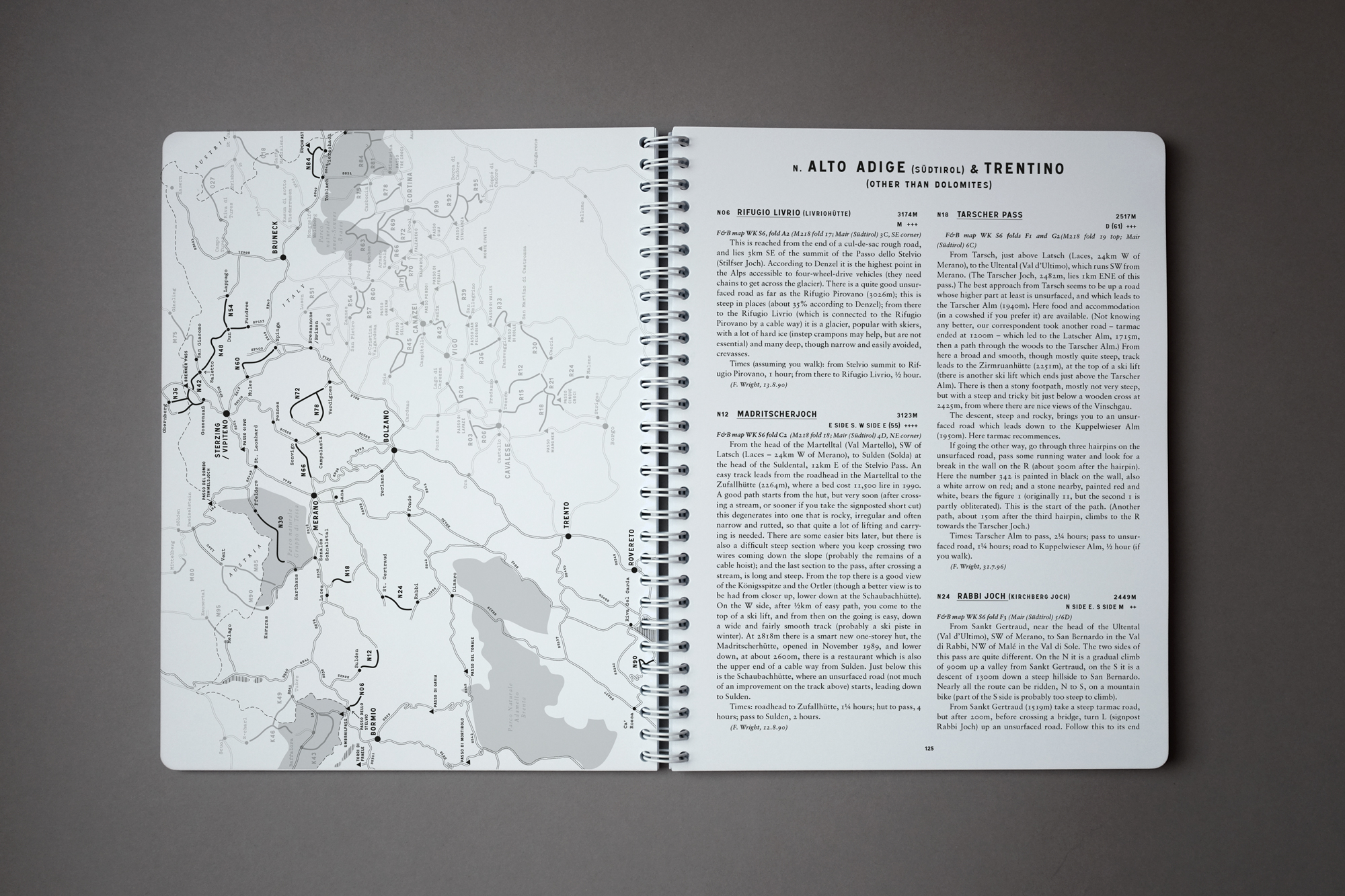 The book contained nearly 300 routes, ranging from easy unsurfaced roads at little more than 1000m to steep footpaths above 3000m, and from the southern French Alps to Switzerland, the Dolomites and the Austrian Tirol. Or so the web said: the book was impossible to find. Fred had printed 100 in 2002, at his local print shop, and the soon sold out.

Eventually, I figured that I was not the only person who’d be interested in seeing it again, so I decided to republish it. Thanks to James Olsen of the Torino-Nice Rally, I found a copy, located Fred, and got permission to make a new edition featuring many of his stunning old photos. 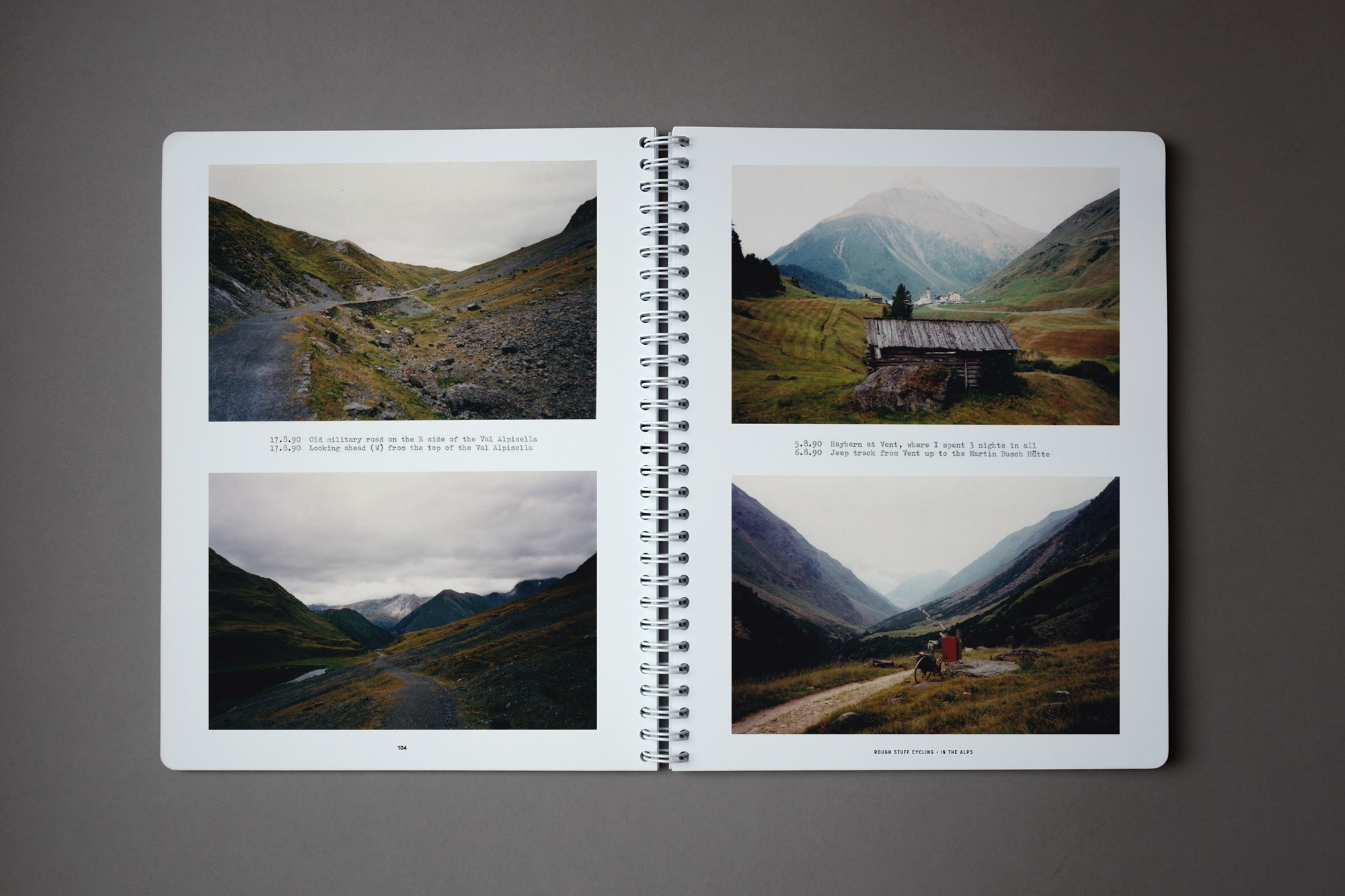 It’s been a great success. But most of all I’m pleased that Fred is pleased. We’ve crowdsourced some new routes, and printed the book in the same community spirit that he did, and the information he painstakingly gathered will not be lost, and will help a new generation of adventurers in the Alps.

Kickstarter backers received their copy this week. Not a backer? A limited batch of extra copies were printed and are now available.

Order your copy of Rough Stuff Cycling in the Alps here.

Mention Soigneur in your order and they’ll add a free postcard featuring one of the book’s original photos. 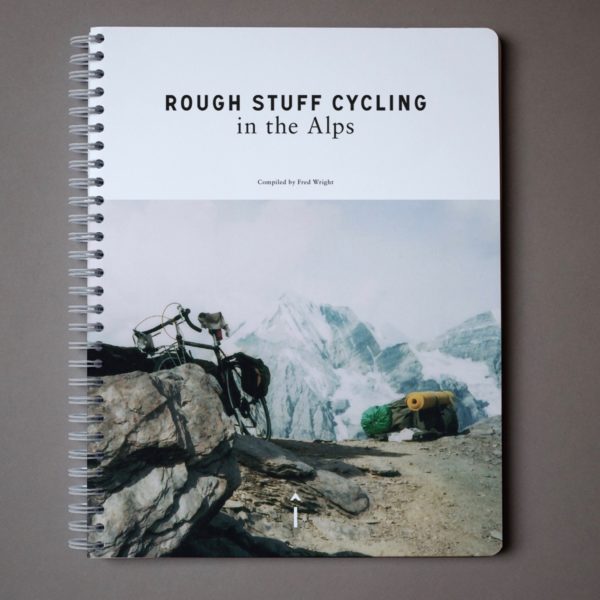