In 2010, Euskaltel became one of the very first teams in the Tour de France to employ electronic shifting. The year before, Shimano had released its groundbreaking Dura-Ace Digital Integrated Intelligence—or simply Di2—groupset. In 2019, the company proudly commemorates ten years of innovation. This is a celebration of a decade filled with technological developments that have yielded countless victories on the road. In the Tour de France alone, no less than seven of the last ten editions of La Grande Boucle were won by riders using Shimano Di2 groupsets. 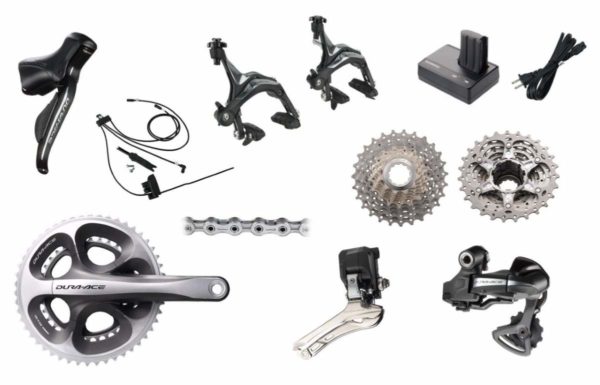 2009
Electronic emergence
—
After all the research, prototypes, anticipation and debate over Shimano’s foray into electronic gear shifting, the lid was finally lifted in 2009 on the new electronic Dura-Ace7900 Di2 groupset. It was driven by an external battery, and Shimano decided to use a wired system to save weight and offer more reliability. For a while, electronic shifting became the focal point of much skepticism, but that hasn’t stopped almost all professional cycling teams from using it nowadays. 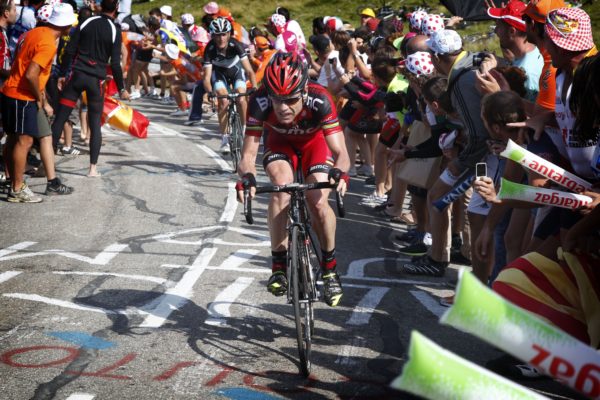 2011
Cadel Evans
—
While Shimano was introducing the first Ultegra Di2 groupsets to the public, an audacious Aussie rode through France on the attack for the yellow, but he had to wait until the penultimate stage to get hold of the coveted Maillot Jaune. He did so in grand fashion, tirelessly keeping up the fight and finally excelling in his field of expertise, the time trial. Evans became the first ever Australian to win the Tour, and, at 34, he was also the oldest rider to bring the yellow to Paris since World War II. 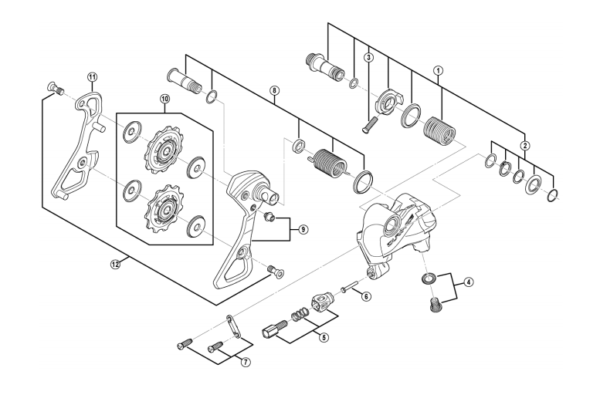 2012
Eleven speed advantage
—
The new Dura-Ace 9000/9070 series offered a revolutionary 11-speed groupset and featured characteristically robust four-arm cranksets. Its electronic components became lighter and smaller, and were, from now on, run by internal batteries, which gave a much cleaner look to any bike using them. Using Shimano’s E-Tube software, users could program the shifting according to personal preference and receive updates online. 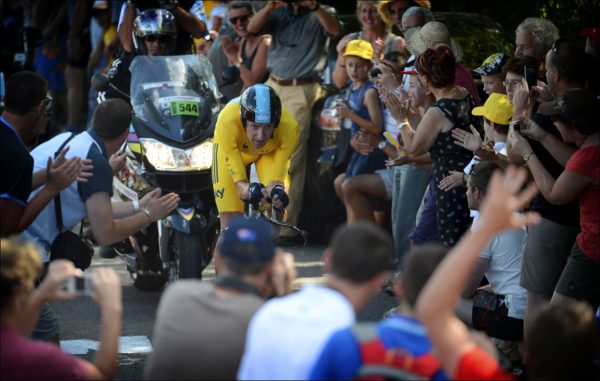 2012
Mashing 11 sprockets in style
—
The enigmatic Bradley Wiggins was to become the first British rider to win the Tour. This edition of La Grand Boucle showed once again that time trials are key; Wiggins came prepared and brought his guns to the knife fight. He won the two TT stages—maybe partly thanks to the single-button Di2 Time Trial shifters—and so cemented his first place in the general classification. 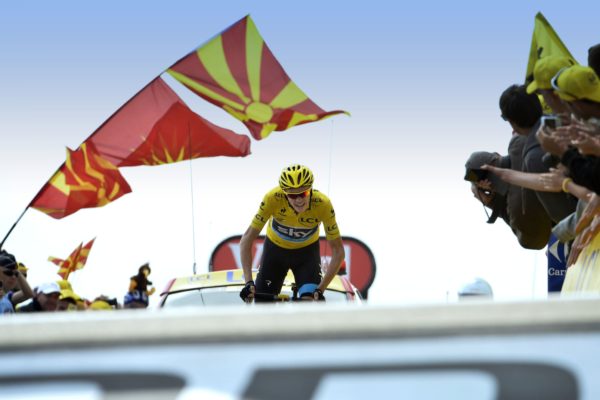 2013
Froome’s First
—
In 2013, a worldwide cycling audience witnessed the full might of the Sky train, which was to last for many more years. An unstoppable Chris Froome surprised fans the year before by finishing second overall. This year, he started out as the big favourite. He certainly made good on it by conquering Mont Ventoux in awe-inspiring fashion, where he took his second of three stage wins on it its wind-battered and sun-scarred slopes. 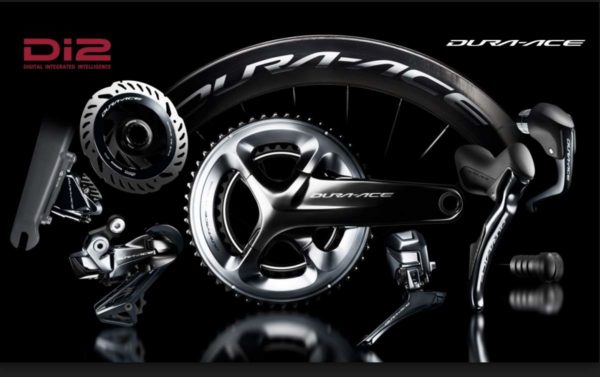 2016
Neat and wireless
—
The R9150 Dura-Ace Di2 group saw the introduction of wireless synchronized shifting, employing Bluetooth and ANT+ technologies. An enhanced junction box led to a visual upgrade as well; the new system was manufactured to fit snugly within the handlebars to keep the front end of the bike neater with fewer cables. 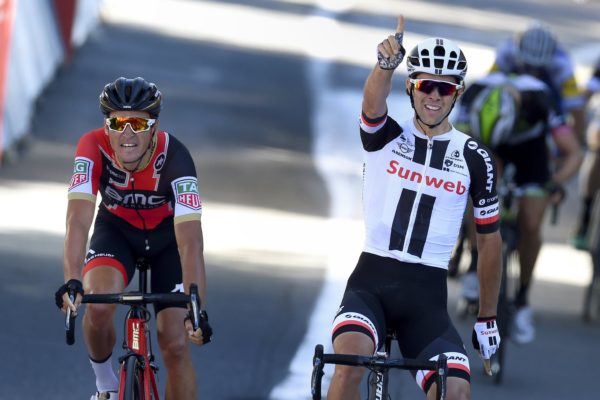 2017
Force Majeure
—
For the very first time in Tour de France history, in 2017 every stage and every jersey was won by teams riding Dura-Ace, most of them using electronic shifting. Through all sorts of conditions, in any terrain, the groupset held its ground. This made clear that Di2 had come a long way since its introduction in 2009, when critics dismissed it  as a “marketing gimmick; a solution to a problem that does not exist”. Yet actions speak louder than words, and in this case, the riders making use of Di2 clearly spoke loudest of all. 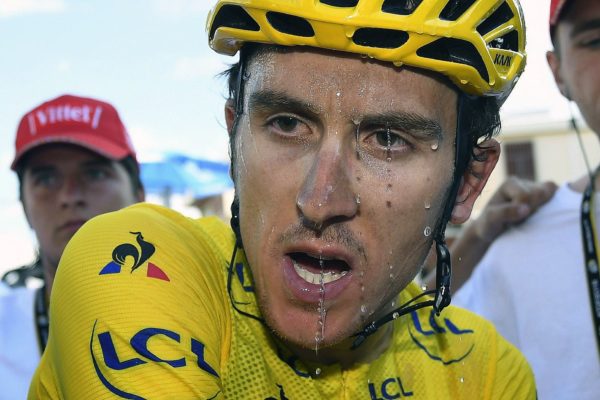 2018
Golden Milestone
—
It was a rough journey for the Tour peloton in 2018; from the Pavés in the North to the Pyrenees in the South. And the chances of winning for the favourites were—more than ever—divided among many. Aided by his lieutenants in the high mountains, the amiable Welshman Geraint Thomas managed to win two gruelling Alpine stages in succession in spectacular fashion. Despite being teargassed later that Tour, Thomas once again proved the superiority of British cycling, and his achievements in 2018 served as yet another golden milestone in the rapidly growing epic that is the story of Shimano Di2. 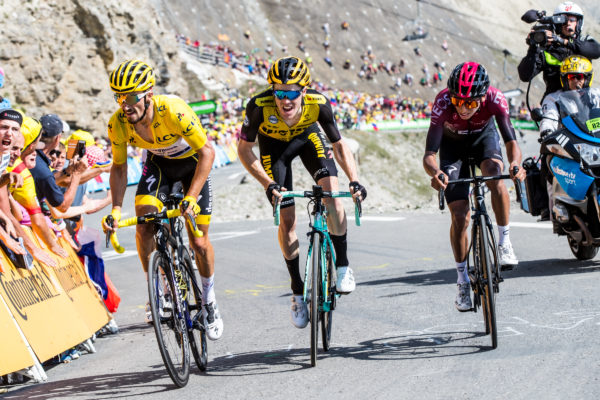 2019
Into the unknown
—
As we near the end of a memorable and exciting edition of the Tour de France, the winner still remains unknown. The cards are on the table, and the players are set to up the ante in the few remaining Alpine stages. Several riders using Di2 are still in the race to bring the Yellow Jersey to the Champs Elysées, and the likes of Julien Alaphilippe, Thibaut Pinot, Egon Bernal, Geraint Thomas and Steven Kruiswijk will surely be battling it out in the mountains to come. Shimano is proud to oblige them with its innovative cycling technology.

Made in partnership with:

Two days on the Champs-Élysées

Listen to the full story recorded by the author Jason Lyon or read his story below. Two days on the Champs-Élysées podcast Part I It’s 4:30 pm on ...